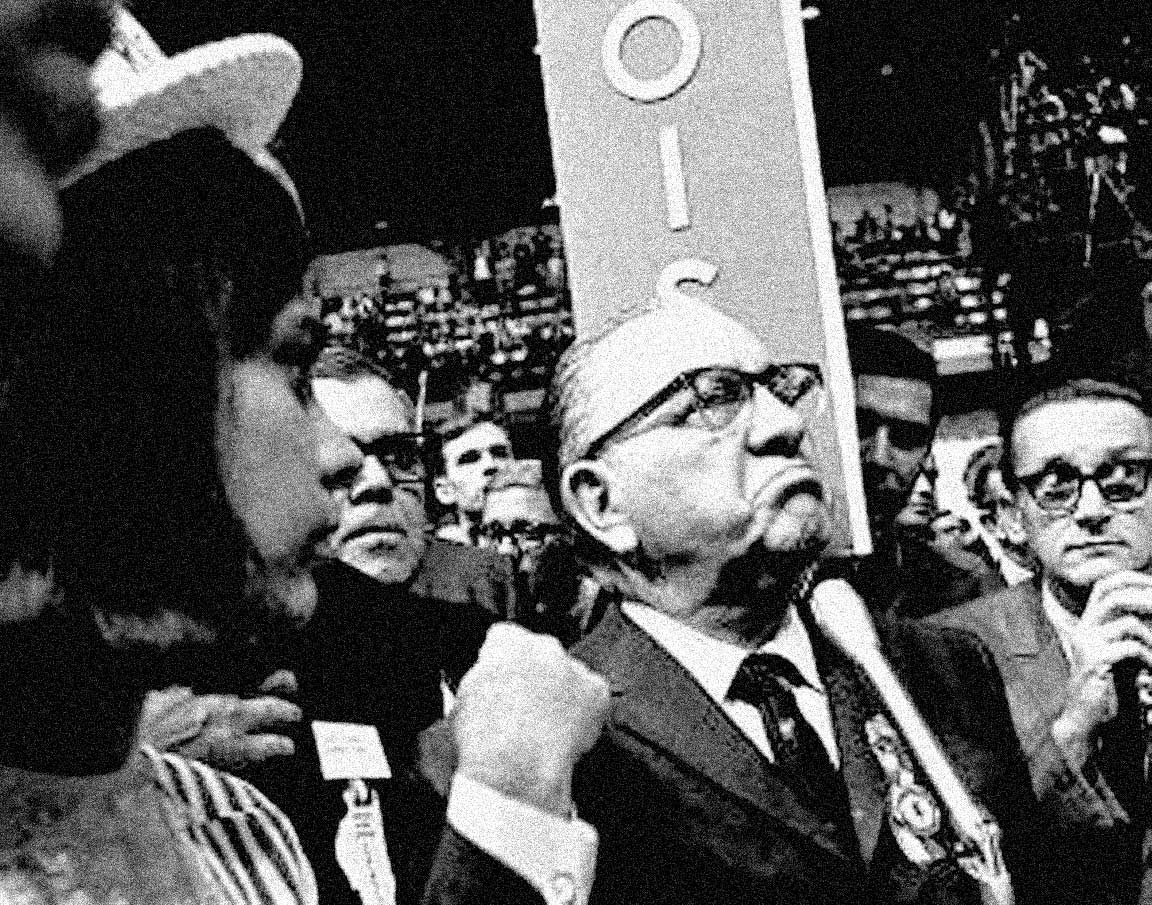 1968 Democratic Convention - Chicago Mayor Richard Daley evincing displeasure over protests. Not the love-fest it wanted to be.

1968 Democratic Convention – Chicago Mayor Richard Daley evincing displeasure over protests. Not the love-fest it wanted to be.

Picking a President. Never the most civilized or genteel of gatherings, Political Conventions have been long, drawn-out slugfests, protests, fist-fights, near-riots and eventually something resembling unity.

But as former President Eisenhower so eloquently observed in 1964; “The national convention today is brought to every home in the United States by television. And now, even more significant, by Early Bird and Telstar, those pictures are going to nations all over the civilized world. Now, what do we see? We see a picture of confusion, of noise, of impossible deportment, of indifference toward the subjects that are being discussed from the platform and, in short, a thing that, if it happened in a business trustee meeting, you’d be horrified. Well, I think that most of the United States is horrified by what it sees about these conventions”.

Maybe the same as it eve was. But 1968 was a particularly brutal year for politics and the United States in general. And perhaps we’ve never really recovered from the repeated blows that the fragile fabric our Political system is has had to endure over the years.

Now, maybe more than any other Presidential election year, the division and the noise are more prevalent than ever. How it will wind up is anyone’s guess. But, as was pointed in this radio documentary from 1968, “Picking A President: Somehow, it works”, despite all the rancor and rhetoric, ill-feelings, violence and confusion, someone gets elected and someone governs the country for anywhere from 4 to 8 years. How effective that governing is depends on political maneuvering; pulling strings, making deals. And it’s always been that way since the country was founded.

How it will turn out this election year is anyone’s guess. There are suspicions and feelings of anxiety from both sides of the political spectrum that maybe this election year it is going to be different and that perhaps this will be the last of the two party system, or the death of a party and the emergence of a new one. There is that – and it has been a popular topic for decades that speculation of the death of a political party was imminent.

But like the title of this documentary suggests – somehow, it works.

So as a reminder, while you’re watching the conventions – laughing, crying, howling at your TV or applauding, it’s been this way for a very, very long time. And here is a little historic perspective to prove it.

Here is that documentary, as it aired on NBC Radio as part of their Second Sunday series from October 13, 1968.