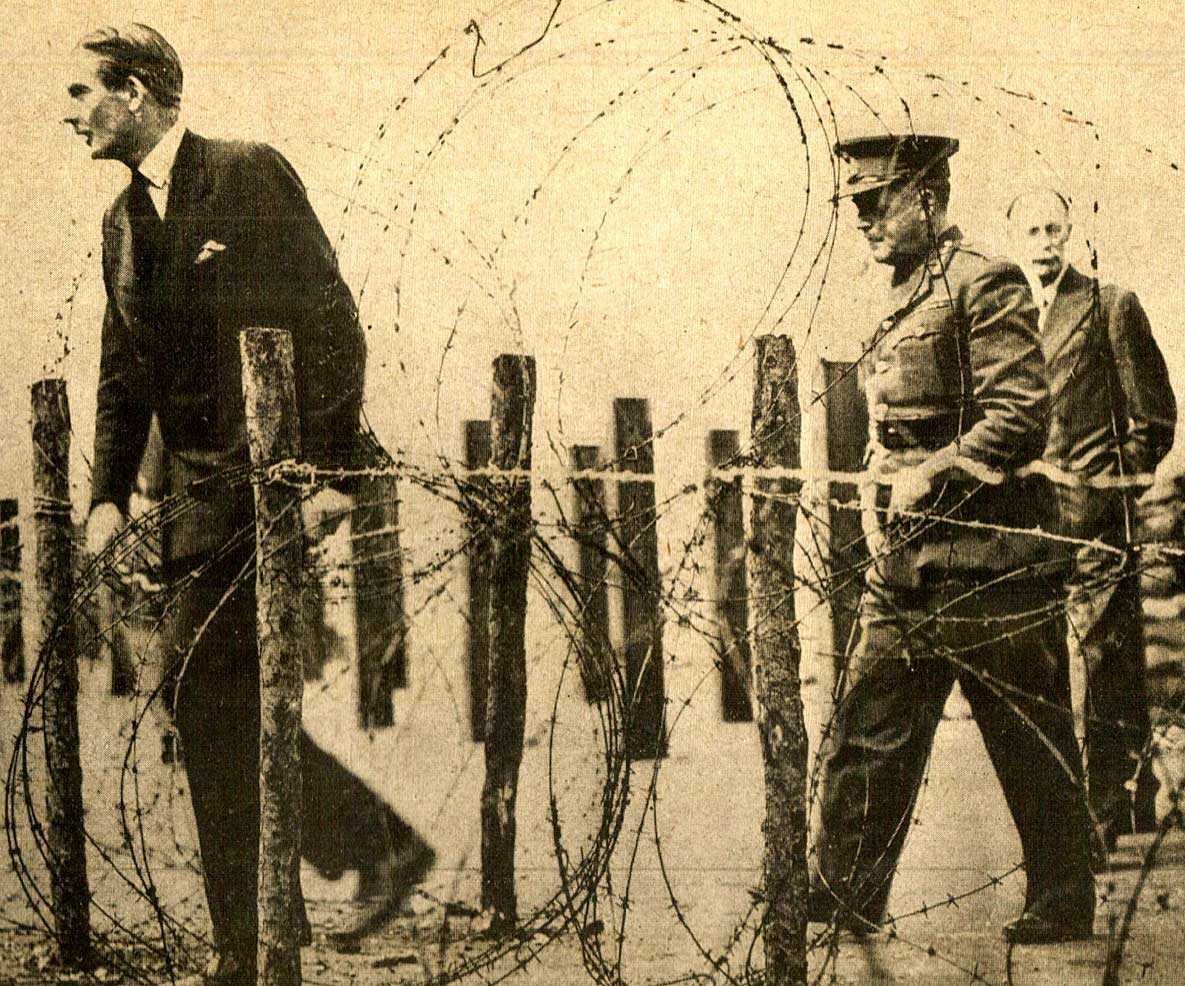 July 22, 1940 – the war of nerves continued, as did the daily attacks on British cities from German bombers. An address a few days before from Hitler asked the people of Britain to consider a brokered peace. The response was negative. The Germans replied that the response came from the Government and from the press and not from the people themselves. Going on to say that, even the labor leaders were in the pockets of “the clique in power” in Britain. And on and on it went. The German press did go so far as to say much of the blame also rested with President Roosevelt for England’s plight because, as they put it, FDR had, for years, systematically over the years agitated against National Socialist Germany.

Meanwhile, air attacks over Britain continued, with two and possibly three German bombers brought down by anti-aircraft guns during a raid on Southwest England earlier in the day. The British Air Ministry said the Germans had lost over 21 planes in raids over Britain a few days earlier and three planes the day before. The Ministry confirmed the shooting down of one German fighter. The Nazi plane attacked a British training machine, painted bright yellow to show it was unarmed. The plane was shot down. Another raid over Southeast Scotland happened earlier on this day, with few casualties and little material damage. Districts in the British Midlands and the Northeast coast were bombed overnight. All together, the Ministry reported some 5,000 German planes have been shot down since the War began. British flyers were said to have shot down some 2,531 alone. The Nazis were estimated to have lost some 10,000 pilots, air-gunners, observers and navigators. It was estimated it would take a full year before Germany could adequately train the replacements.

Back in the States – the big news from Washington was the weather, with temperatures soaring between 96 and 97 with little relief in sight. The heat, with the high humidity that accompanied it, was responsible for many government officials leaving town and heading to the mountains or seashore in search of relief. Despite the heat, the big news was the Havana Conference, which had just concluded. Optimism was waning, where Secretary Cordell Hull was hoping to unite American nations in an economic scheme that would prevent dominance of goods by dictator nations. Many people were finding out, for the first time, just how entrenched Germany was in South America.

But news was also being made over the upcoming Presidential elections. Solicitor General Francis Biddle made a speech in support of The New Deal and defending the third term candidacy of President Roosevelt. What the speech indicated was, rather than have FDR campaign, to have associates and members of his staff do the campaigning for him. The Willkie campaign leveled claims that the American people wouldn’t let a Third term happen, as that would be tantamount to declaring a dictatorship, which FDR was said to vigorously oppose.

And that’s a small slice of what made news for this July 22, 1940 – the 323rd day of War between Germany and Britain, as reported by NBC’s News Of The World.