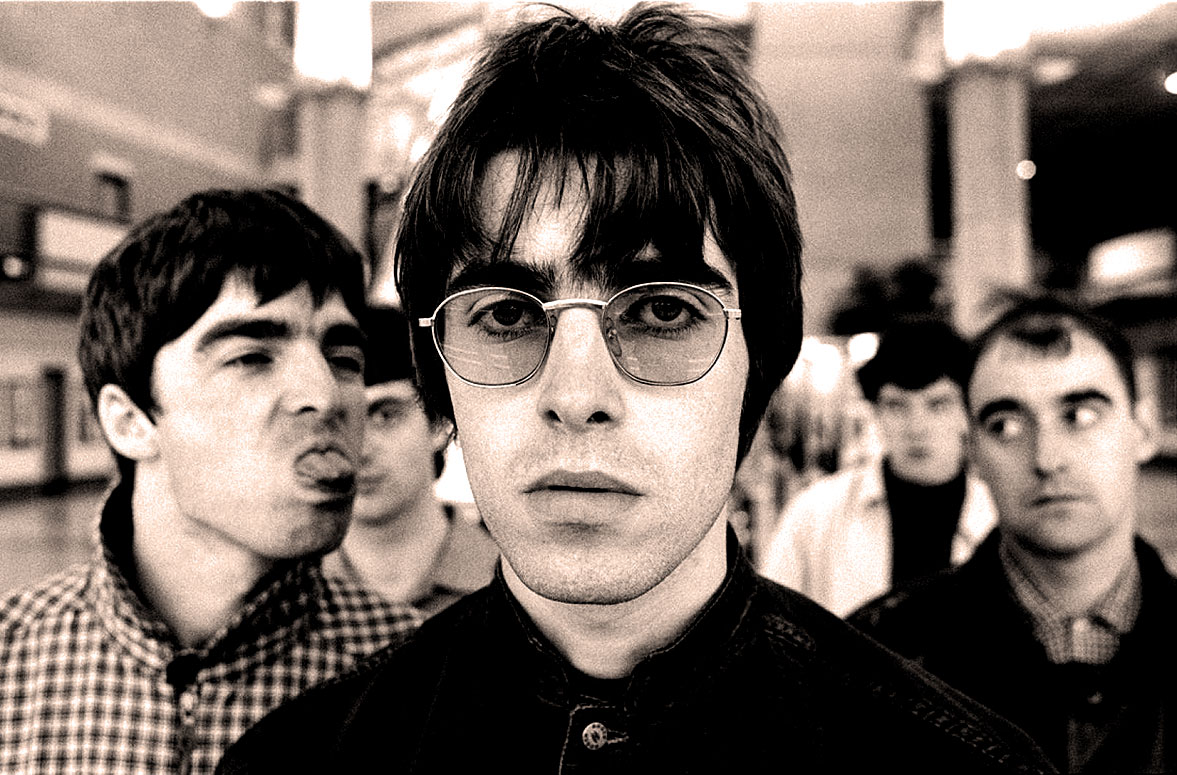 Oasis - with a heaping helping of brotherly love.

Oasis – with a heaping helping of brotherly love.

Oasis this weekend – their second night appearing at Earls Court in London on November 5, 1995.

By 1995, Oasis were household names all over the world. In April of that year they had their first Number one single, Some Might Say but there were also signs of things coming apart within the band. While Some Might Say was dominating the charts, original drummer Tony McCarroll was ousted from the band. Shortly after, the Press got into a manufactured rivalry with Blur. The Britpop genre was becoming a major force in music of the 90s. But Oasis vehemently disavowed being part of it. And their refusal to take part in a BBC program “Britpop Now” which was introduced by Blur’s Damon Albarn. The supposed rivalry continued all through 1995 and well into 1996. But Oasis were on top of their game, even though there was more dissension within the ranks of the band and all but total war had broken out between the Gallagher brothers (Noel and Liam), causing grave doubts to shadow the band in the coming years.

But this concert catches them at a high point – it absolves the band over criticisms of their somewhat disastrous U.S. tour late in 1994, and would culminate in their peak of popularity in the Summer of 1996. Despite the near-constant state of friction between Noel and Liam, Oasis managed to keep it all together until August of 2009, when Noel announced officially that he could no longer work with his brother in any capacity

There have been many attempts at putting an Oasis reunion together – none of them have materialized. But in the meantime, Noel is blazing his own trail with High Flying Birds and Liam is busy with Beady Eye.

Suffice to say that Oasis were one of the defining bands of the 1990s. They came along at a time when Rock was looking for direction and they gave it in a huge and lasting way. They were influential then and they continue to be influential now.

But here’s what they were up to in 1995 – maybe you forgot or missed it the first time. It’s a shade over 90 minutes, so it’s broken up over two players, giving you a break in the process.

Crank it up and enjoy it big-time.