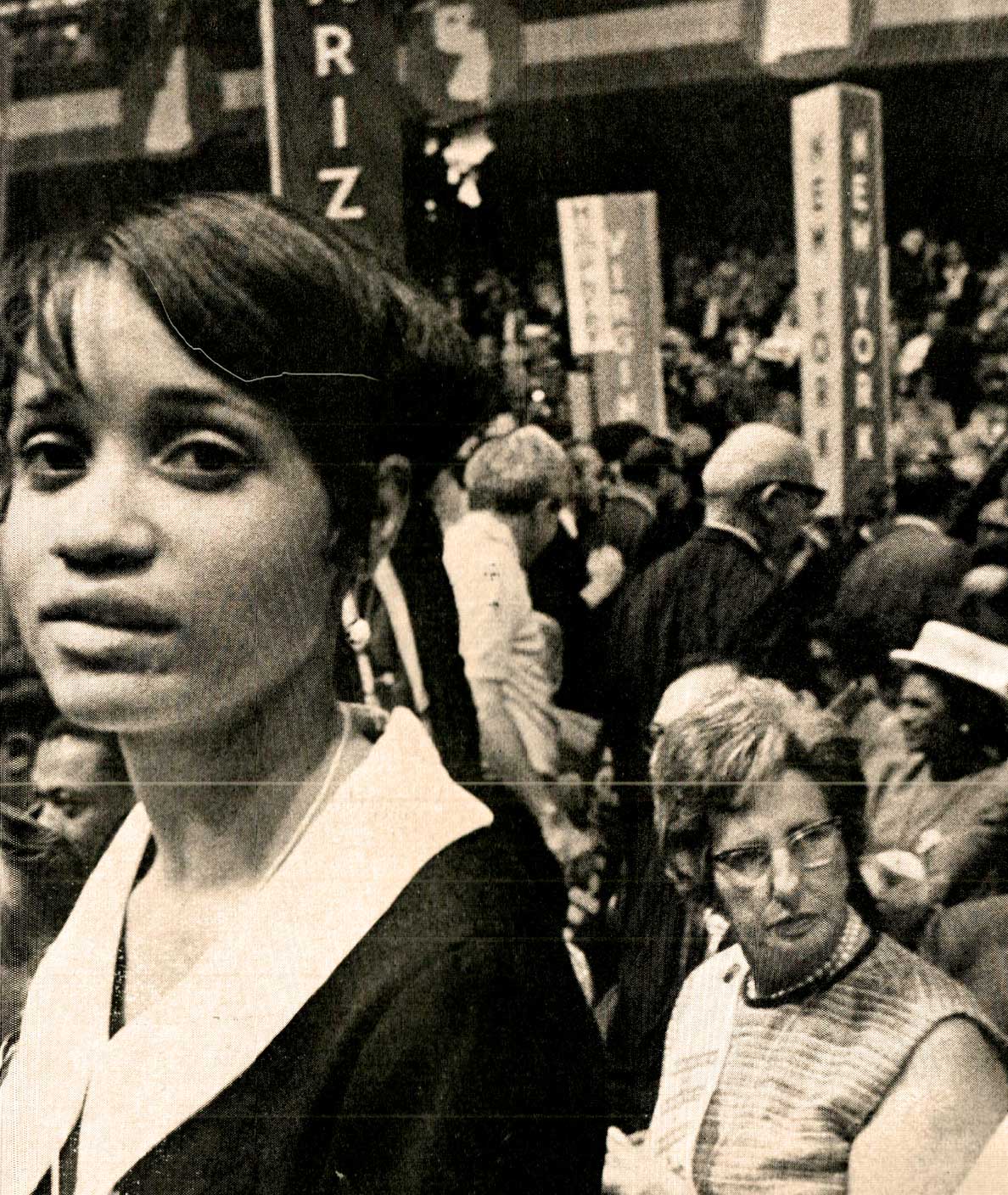 In 1964 tensions were strained. The Civil Right movement was in fever-pitch and threatening to spill into the streets that Summer. This interview with the National Director of CORE (Congress Of Racial Equality) James Farmer via Meet The Press, takes place two months before the Republican Convention and three months before the Democratic Convention. But the issues were there; they weren’t going to go away and all predictions pointed to 1964 as being characterized by a “Long, Hot Summer”.

The South was just as racially belligerent as ever, maybe more so, as violence against Civil Rights demonstrators sprang up almost daily. The plight of cities in the North was grabbing attention – poverty and unemployment were at an all-time high. All were elements which could ignite at almost any time.

This interview with James Farmer is interesting. He is referred to as a “radical” and “one of the most militant leaders of the Negro revolt”. He was instrumental in organizing the now-famous Freedom Rides as well as sit-ins and jail-ins. Farmer is asked whether or not his prediction of 1964 being a “Long, hot summer” was a threat or a matter-of-fact. Farmer assures the panel that it’s no threat, and that it’s a prediction of what was a long time coming – the Summer would see it arrive. Farmer points out that it’s a build up of frustration and anger, as such little progress had been made during the previous year to make any breakthrough in Civil Rights.

Coupled with an increase in resistance by the Segregationists, who had organized in the North as well as the South. And because of that impasse, unless the government did something to solve the problems of discrimination in employment and housing and schools, there was no other alternative than to take it to the streets.

Potent and ominous words – and in hindsight, they were completely true. And between the rise in violence and the popularity of Barry Goldwater and the sudden shift to the right, along with Goldwater’s “Law and Order” mantra, the elements were ripe for confrontation.

Farmer is eloquent and his message is clear, and he talks about a solution. To be reminded of just how far-reaching the Civil Rights movement was, have a listen to this episode of Meet The Press, recorded in May of 1964. You may hear a lot of similarities.