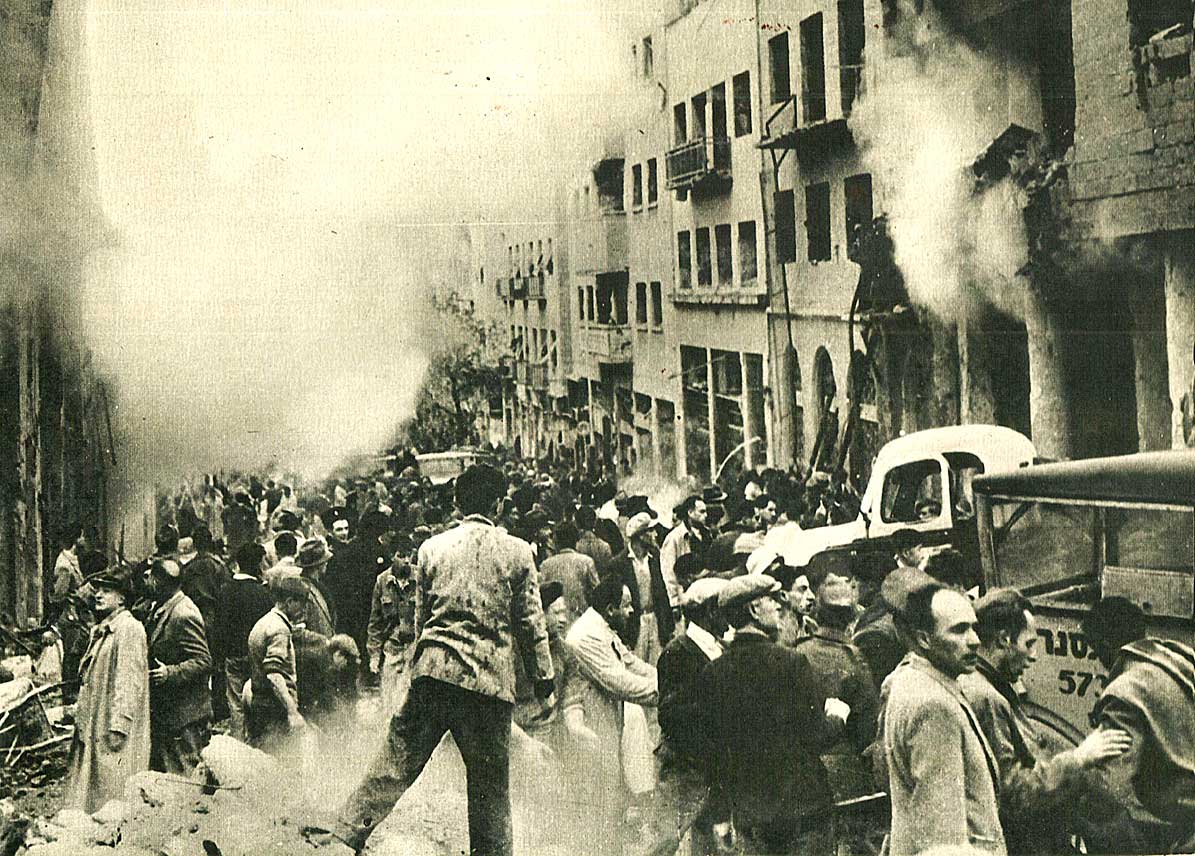 Terrorist bombings in Jerusalem - No one in Palestine was happy.

Terrorist bombings in Jerusalem – No one in Palestine was happy.

Almost a year since the end of World War 2 – on this July 26, 1946, it was about adjustment, change and justice. Reports from Nuremberg, where the trial of the former Nazi hierarchy was heading into its final phase. Prosecution was delivering final arguments in the 8 month old trial, calling for conviction of all 8 defendants on the grounds that they had conspired to wage aggressive war against the world from the time the Nazis came to power and that the defendants were “common murderers”.

In Washington, the Senate passed and sent to the White House a bill assuring the transfer of atomic energy research and production to a five man control commission; all civilians. General Eisenhower gave his unqualified endorsement to the all-civilian Atomic Control Board. To quote Gen. Eisenhower: “The Army does not one a man on control commission”.

In Jerusalem, laborers and British troops recovered four more bodies from the ruined King David Hotel. The casualties from that terrorist attack came at 70 dead, 47 injured and 40 still missing.

In London, British and American officials were reported to have reached an agreement on a compromise plan for settlement of the Palestine problem, but the initial indications were that neither Arabs nor Jews were going to be satisfied with it. The plan called for semi-autonomous Jewish and Arab provinces in Palestine, under a British dominated central administration. The offer however, was flatly rejected by the Arab office in London and reports from Jerusalem said that the plan given a “cold reception” by Jewish groups in Jerusalem.

And rioting in Frankfurt injured 6 at a Jewish Displaced Persons camp just south of Munich. The rioting was a continuation of the previous days outbreak at the camp, in which one man was killed and six other persons were wounded. The latest outbreak was touched off with a number of men at the camp, surrounded U.S. Army trucks, slapped and spat on the MP’S. and shouted “American Gestapo” and other uncomplimentary phrases. The MP’s dispersed the rioters with fixed bayonets.

And that’s just a small sample of what went on July 26, 1946, as presented by noted newsman and commentator Walter Kiernan for ABC Radio.