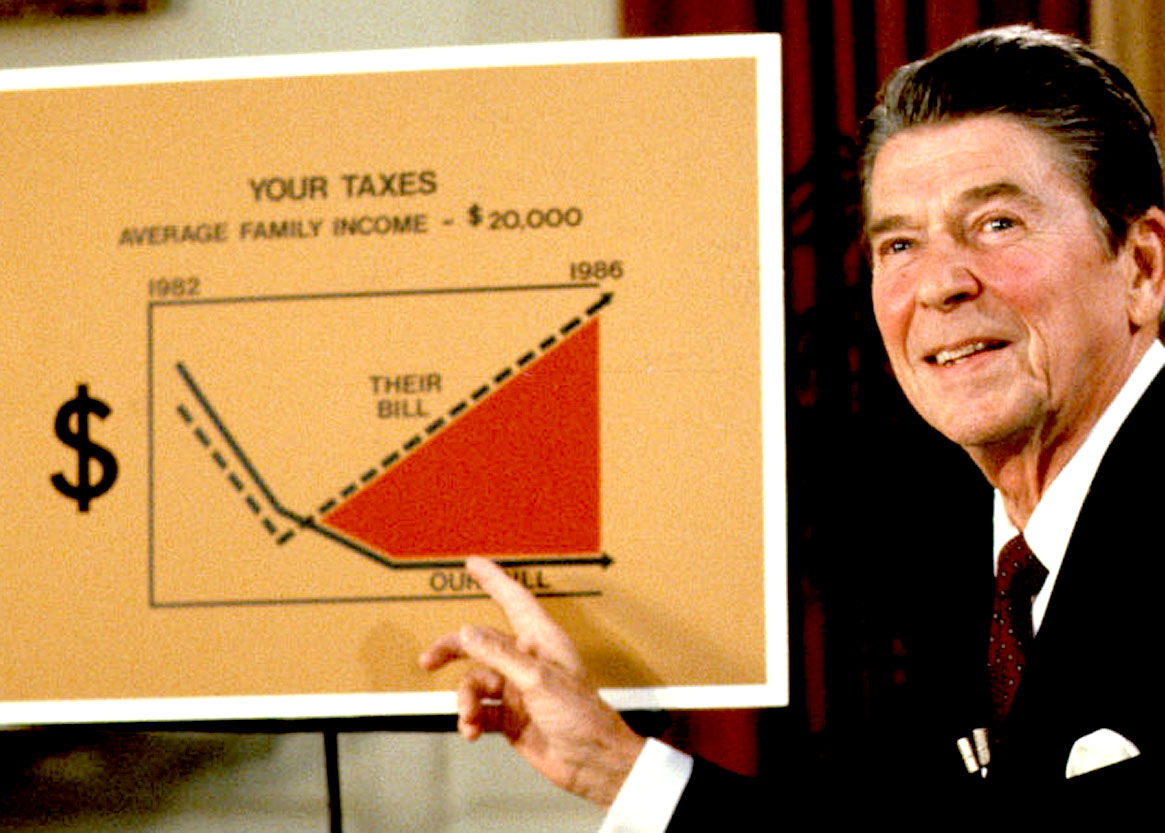 President Reagan and his Tax Bill - Controversial, unprecedented and all Reagan.

President Reagan and his Tax Bill – Controversial, unprecedented and all Reagan.

You can’t really talk about the Reagan Years without talking about the Reagan Tax Cuts. And in July of 1981, President Reagan went before the American people to pitch his plan – a plan that remains controversial to this day and has an equal number of supporter and detractors.

In 1981 America was in the midst of a recession – unemployment was up, the economy was hurting and President Reagan came up with the Economic Recovery Tax Act. It was an act designed to “amend the Internal Revenue Code of 1954”, through reduction of income taxes and incentives for businesses. It was hoped a reduction in tax for business would stimulate growth and in turn stimulate the economy.

The bill was written by two Republicans, Congressman Jack Kemp and Senator William Roth and became known as The Kemp-Roth Tax Cut.

The gist of the package is as follows:

The bill initially went after more significant tax cuts, but considering the amount of debate that ensued, expectations were trimmed down considerably.

That was the package as it was passed by Congress in August 4, 1981. This address, from July 26, 1981 comes right at the start of vigorous debate, and Reagan uses all his persuasion to make it happen.

Over the years, the Kemp-Roth Tax Cut bill has been the topic of considerable controversy, much of it heated – from being considered unprecedented and radical to providing the much-needed bump that pulled the country out of recession. Critics claimed the bill worsened the deficits in the budget, while supporters claimed it actually helped the economic expansion.

To get an idea of what it was President Reagan was proposing, here is that complete nationwide address, as it was heard on July 26, 1981.