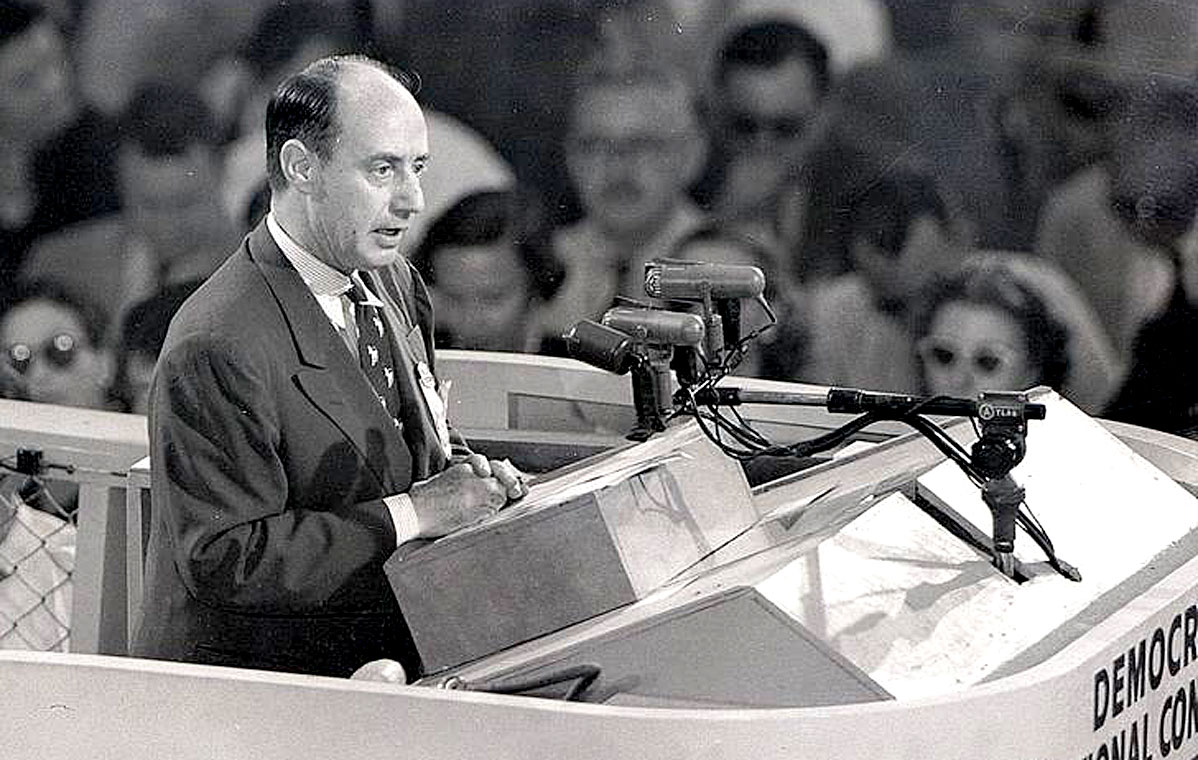 Adlai Stevenson - it was goodbye, but it wasn't farewell.

Adlai Stevenson – it was goodbye, but it wasn’t farewell.

Adlai Stevenson, saying goodbye but not farewell at the 1960 Democratic Convention in Los Angeles. Having already been a candidate for President in the 1952 and 1956 elections, Stevenson was not interested in running for a third time. Instead, a Draft Stevenson movement was afoot in an attempt to lure him into running in 1960.

When it was brought up to a vote, Stevenson came in fourth, losing to Senator John F. Kennedy by a substantial margin, Stevenson graciously bowed out. Although he didn’t enthusiastically endorse Kennedy at first, He wound up campaigning for him leading up the election, considered by many to be an “elder statesman”. Once Kennedy was elected, Stevenson was offered one of the three positions in the JFK Administration – Attorney General, Ambassador to Britain or Ambassador to the United Nations. Stevenson accepted the appointment to the United Nations and another chapter in history became written. One of the truly notable moments was the showdown with Soviet Ambassador Zorin during the Cuban Missile crisis.

Adlai Stevenson was one of the most eloquent and highly regarded orators of the 20th century. I ran a tribute to his friend and colleague, Eleanor Roosevelt at the 1964 Convention, and it was one of countless addresses he made during his political career which made indelible impressions on the people of the world.

Sadly, Stevenson would succumb to a sudden massive heart attack, while visiting London on July 15, 1965. And although he may be a distant and faded memory now, the power of his words and his impassioned style of speaking have been benchmarks for politicians over the years. He was, as many admitted, a pretty tough act to follow.

Here is that complete concession address from the Democratic Convention in Los Angeles, on July 15, 1960.