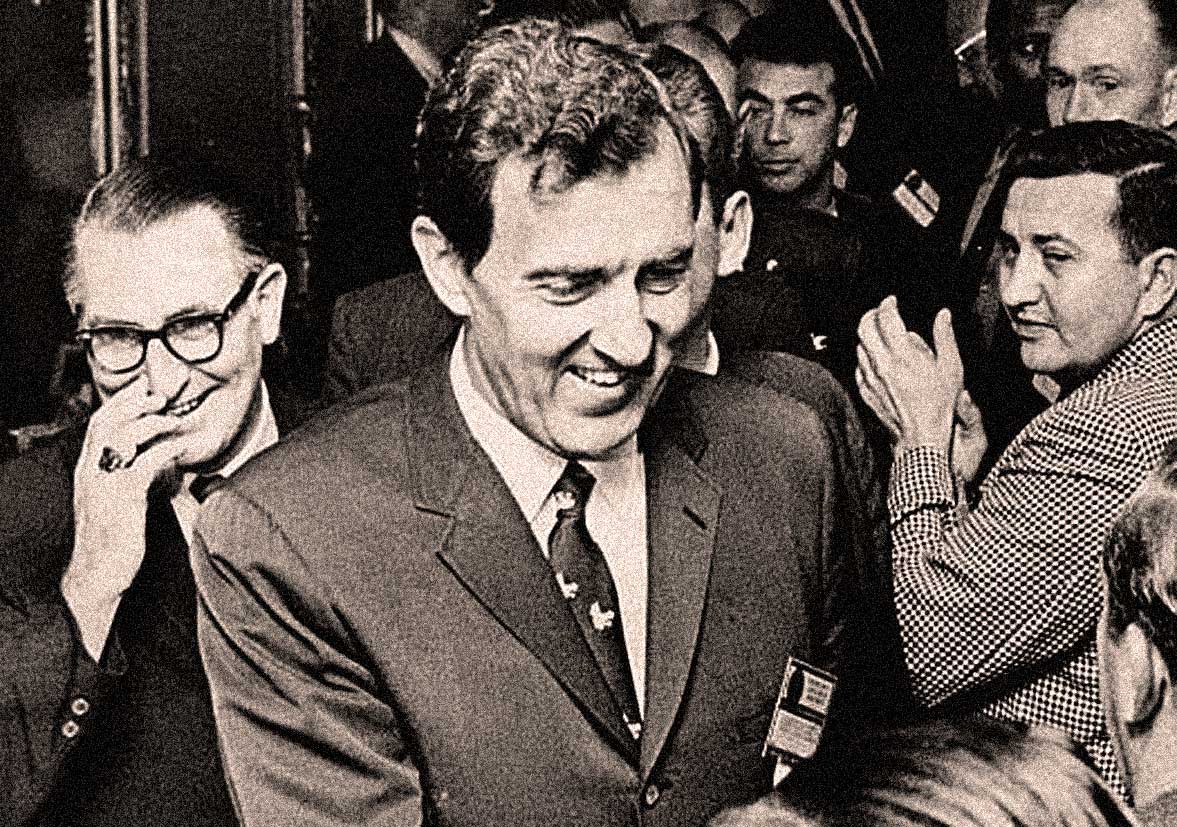 Edmund Muskie was the Democratic vice-Presidential running mate of Hubert Humphrey in the 1968 election. In a year already battered by violence and loss, the fact that Democrats had lost their guiding light, Robert F. Kennedy, to an assassin’s bullet tossed the party into a state of disarray, bordering on despair.

To many, Hubert Humphrey, vice-President to Lyndon Johnson, represented a continuation of a confused and increasingly pointless war in Vietnam without letup, a maintenance of the status quo and no real solutions to the myriad of problems in cities across America. Neither Humphrey nor his running mate, Edmund Muskie, represented new blood, or a positive change from the tried-and-mostly-failed policies of 1968.

But with the country bordering on anarchy, or the closest thing to it, a desperate bid to calm the situation and to unite all the factions was underway.

The job now was to bring back the disenfranchised; those voters who had believed that RFK would be the answer and who were sorely disillusioned after that evening in Los Angeles, were now badly needed if the Democrats were going to maintain the White House come November. Many of the voters vowed to sit out the election while others pledged to write in Eugene McCarthy as the only plausible Peace candidate, or to have McCarthy run as a fourth party Candidate (George Wallace was the 3rd Party candidate).

This interview, conducted with vice-Presidential candidate Edmund Muskie was part of the NBC Radio Meet The Press series, and broadcast on September 1st 1968. Two months from the election and a country still reeling from the division and bloodshed, Muskie attempts to put the best face on a bad situation – division was seemingly everywhere – young versus old, black versus white, left versus right, peace versus war – it was truly a time people thought we weren’t going to survive.

As a reminder of just how fractured the Presidential election year of 1968 was, a few words from vice-Presidential candidate Edmund Muskie might give a clue. How we managed to survive is still a miracle.