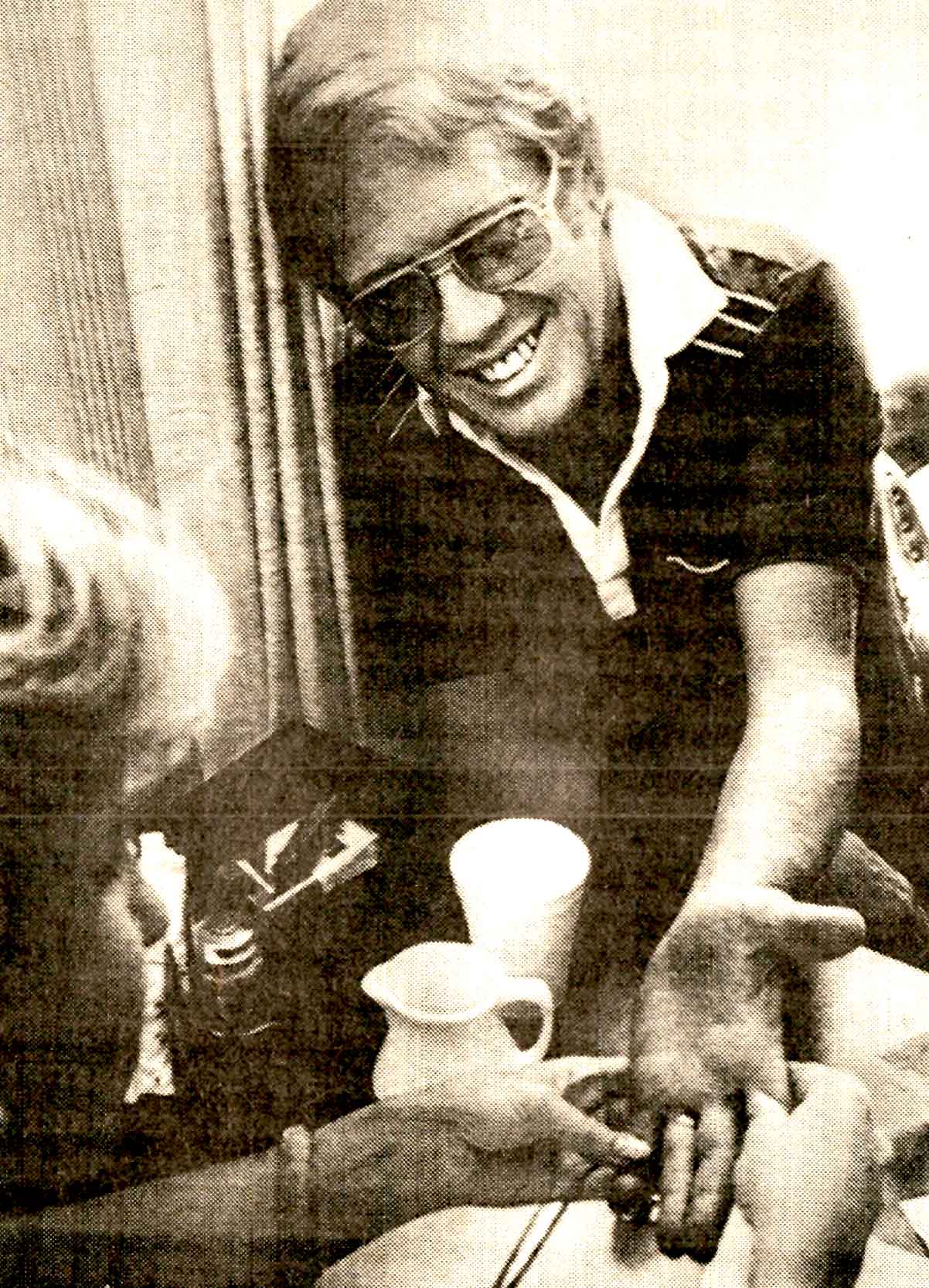 Billy Carter (and palm reader) – “I see a man in a turban and he’s laughing”.

July 29, 1980 – on the eve of the 1980 Democratic Convention, the recurring trainwreck called Billy Carter, Jimmy’s brother, kept surfacing in the news.

Doubtless it was all good news for the Reagan camp, who were making political hay by the ton, but it was still a world of embarrassment for the President, who had to deal with one more goofy escapade from his brother at the worst of all possible times.

This time it was involvement with Libya and Muammer Gaddafi, a country and its leadership we weren’t on speaking terms with. Trouble was, he became an agent of the Libyan government, and after three trips and hundreds of thousands of dollars in cash from the Libyans, Billy was being questioned by the press and the government over a case of influence-peddling. Jimmy Carter went before cameras and microphones on this day, and promised to testify fully over Billy’s involvement and if any White House leaks were involved.

Since Carter’s 1980 Presidential campaign was in decline, the scandal managed to engulf the Carter campaign and was just one more straw in what was looking like a difficult, if not impossible, bid to stay in the White House.

Speaking of bids; there was the 1980 Democratic Convention to look forward to – which was slated to open on August 11. The big threat was throwing the convention open, leaving the possibility of Senator Ted Kennedy to make a bid to unseat the incumbent.

Just one more layer of icing on an already sagging cake.

And there was more news – The domestic auto industry was posting losses, with the Foreign Auto Industry doing the opposite. Ford posted losses for its second quarter of $468 million, its third consecutive quarterly loss and the biggest loss its every had as a public corporation. Experts pointed to the whole economy, which was deep in a recession and car sales were very depressed. Ford was also losing a huge share of the market because they didn’t have enough gas-efficient cars available as did GM and the competition.

However, there was good news; for the first time since the 1960s, three oil companies; Gulf, Standard of Indiana and Atlantic Richfield dropped the price they’re willing to pay for domestic oil at the wellhead. The price was down $1.00 to $1.50 a barrel, which oil company experts said was the result of the world oil glut.

And that’s just a little of what went on this rather haywire July 29, 1980 as reported by CBS Hourly News – Dan Rather substituting for Walter Cronkite’s Analysis and The World Tonight.