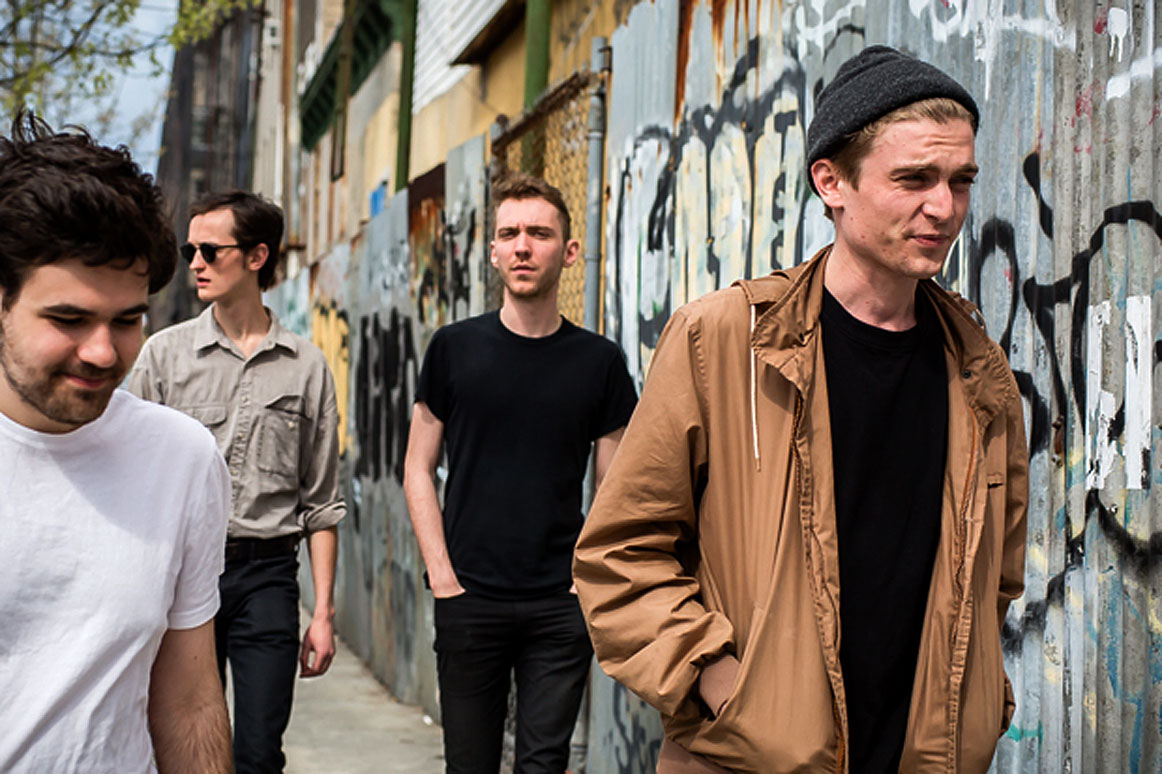 Ought - bringing a taste of Montreal to Paris.

Ought – bringing a taste of Montreal to Paris.

Ought are an Alternative band from Montreal, only together since 2012. Releasing their first ep later that same year, the band have been getting positive press and audience reaction ever since. By 2014 they released their debut album, More Than Any Other Day, which landed them on numerous year-end lists and enthusiastic proclamations as the band to watch over the coming months. They have been characterized in the press as an “adventuresome quartet, delivering an earnest and exuberant post-Punk; dextrous and exacting, indebted as much to Cap’n Jazz as to Talking Heads”. And “a band which shifts adeptly from sharp angles and stuttering counterpoint to softer edges and chiming flow.” Not shabby for a band together for less than 4 years.

And true to form, they’ve been continuing the enthusiasm. And with the release of their follow-up album, Sun Coming Down, issued in September of last year, it’s looking like their audience is expanding worldwide, as this gig in Paris attests.

This Summer they are continuing a tour which is taking them back over to their native Canada before heading south to do a few gigs in Georgia at the Athens Popfest in August, New York and New Jersey at the New Alternative Music Festival in Asbury Park in September.

After that, it’s anybody’s guess – and you should probably head over to their Facebook page to see what they’re up to after September. In the meantime, if you’re new to Ought, or have caught any of their gigs so far, you might want to head over to their record label’s website and check out their catalog of albums, eps and singles so far.

Clearly the French audience is enjoying the hell out of the show, and it would be a good idea to crank this one up and enjoy it just as much as they did.