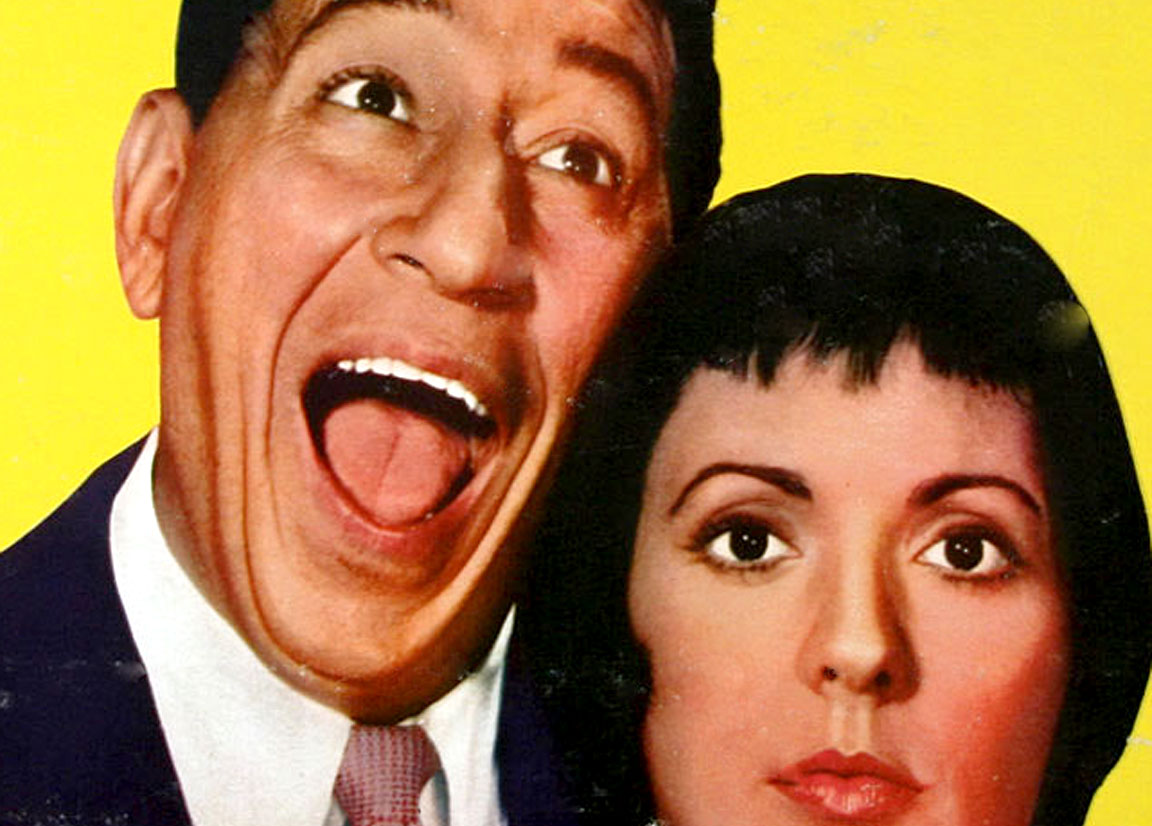 Louis Prima and Keely Smith - along with Sam Butera and The Witnesses - tearin' up Vegas regularly in the 50s.

Louis Prima and Keely Smith – along with Sam Butera and The Witnesses – tearin’ up Vegas regularly in the 50s.

A few notes from Louis Prima and Keely Smith tonight, along with Sam Butera and The Witnesses, as they appeared live on The Dinah Shore Chevy Show from November 24, 1957.

I’m not sure if the video of this clip has survived, this is the sound tape recorded in the booth during the show as it aired. Louis Prima and Keely Smith were cornerstones of early Las Vegas. Prima was a big-band leader in the 1940s, and when the trend turned away from large ensembles, small groups and a sub-genre known as Jump-Blues started grabbing audiences from the late 1940s to the mid-1950s. The husband-wife team had a cult following for a number of year – their albums sold very well. And even when Loui and Keely called it quits as a team, both resumed careers well into the 1960s.

Because their sound was so raucous and frantic, they continued to cultivate followers for years after their peak. David Lee Roth of Van Halen, during his solo stint in the 1980s, had a sizable hit with a song made popular by Louis and Keely, the medley Just A Gigolo/I Ain’t Got Nobody.

Although individually, the pair didn’t achieve quite the success they did as a husband and wife duo, Prima still maintained a healthy following all the way until his death in 1978. Keely Smith is still with us, grabbing a Grammy nomination for her Keely Sings Sinatra in 2001 and critical praise for an album of Basie songs in 2002.

But here they are on live TV in 1957, and six minutes worth of reasons why they were one of the most popular ensembles of the 1950s.