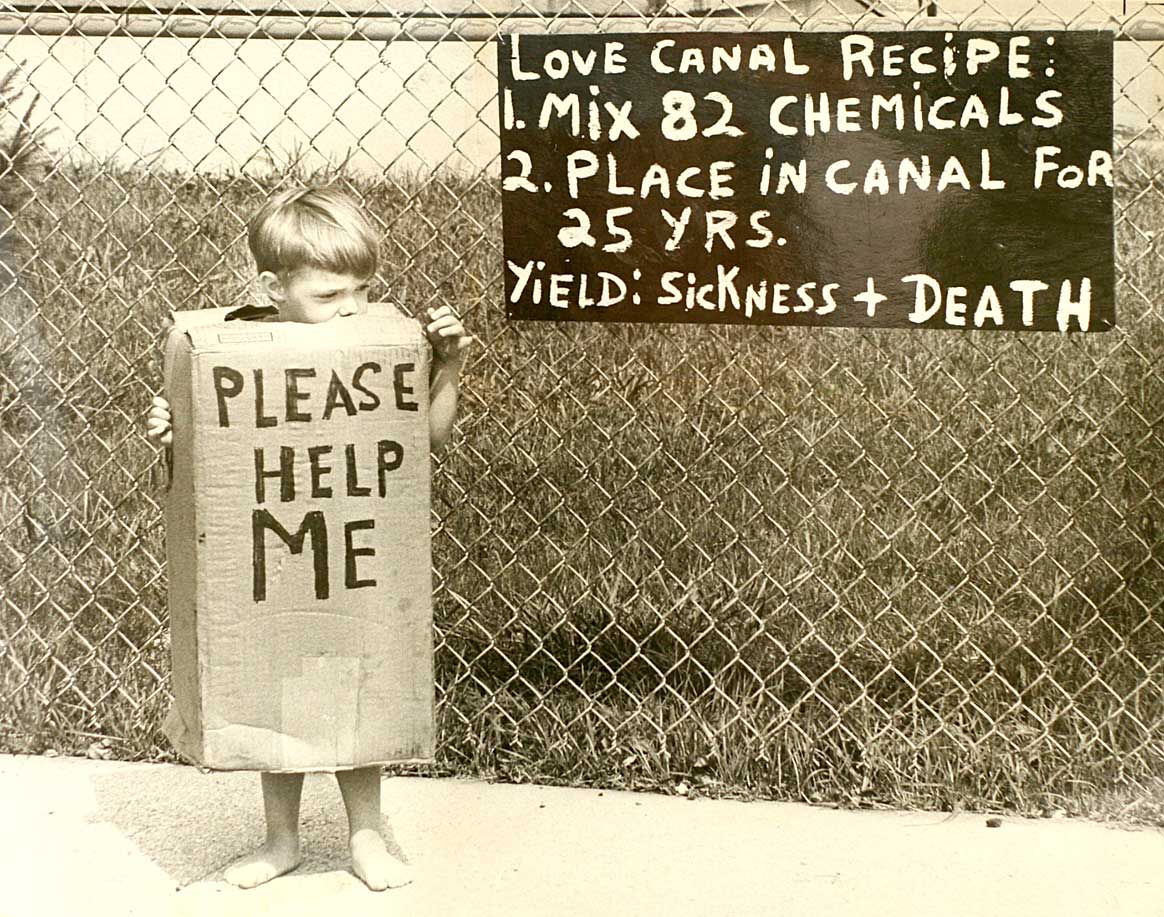 Love Canal - The story kept getting bigger and bigger.

Love Canal – The story kept getting bigger and bigger.

August 2, 1978 and an obscure piece of news drifted into this broadcast of The World Tonight, and wound up being one of the biggest and most scandalous stories of the 70’s. The contamination and evacuation of people living in around the Love Canal community – a thirty-six square block area of tract homes and businesses in a suburb of Niagara Falls, New York. The area in question was originally a dumping ground for some 22,000 barrels of toxic waste, going back to 1947. Over a period of decades, the land was covered over and sold for developing. Despite discoveries of 55-gallon drums of chemicals when excavators began work on constructing a school, and calls to abandon any development in the area, the land was built up and touted as a picturesque and tranquil neighborhood to raise families.

But problems began to surface when birth defects from the area ran alarmingly high. In 1976, two reporters began an investigation into the area and discovered that much of the chemicals originally buried some 25 feet under the former canal, had seeped out and contaminated the land and surrounding community.

The crisis point was reached on August 2nd, when City and State officials ordered the evacuation of children and pregnant mothers from the area.

On this day though, the panic hadn’t settled in and it was still an obscure news item.

Ironically, there was other news this day. Wall Street had its biggest day, with stocks soaring to over 883 points, the highest in about a year. According to the history books, only fourteen other days in history had the Dow Jones Industrial Average gone by this days rise of over 22 points. As to why the Dow was going up, analysts pointed out that many investors had been worried about the steady rise in interest rates. When they go up, people don’t buy houses, businessmen don’t borrow money to expand plants, and all that slows up the economy and stock prices with it. But many felt interest rates had peaked, and at the same time, the Dow Jones Industrial Average went through the 866 level it had reached several months earlier. And when that happened, other investors saw that as a sign of strength in the market and they moved in to buy, sending the market still higher. The big winner was IBM who saw their biggest rise in value ever in one day.

And that’s just a small sample of the news for this day; stark contrasts. But that’s the way it’s always been – and it certainly was no different on this August 2, 1978 from CBS Radio and The World Tonight.