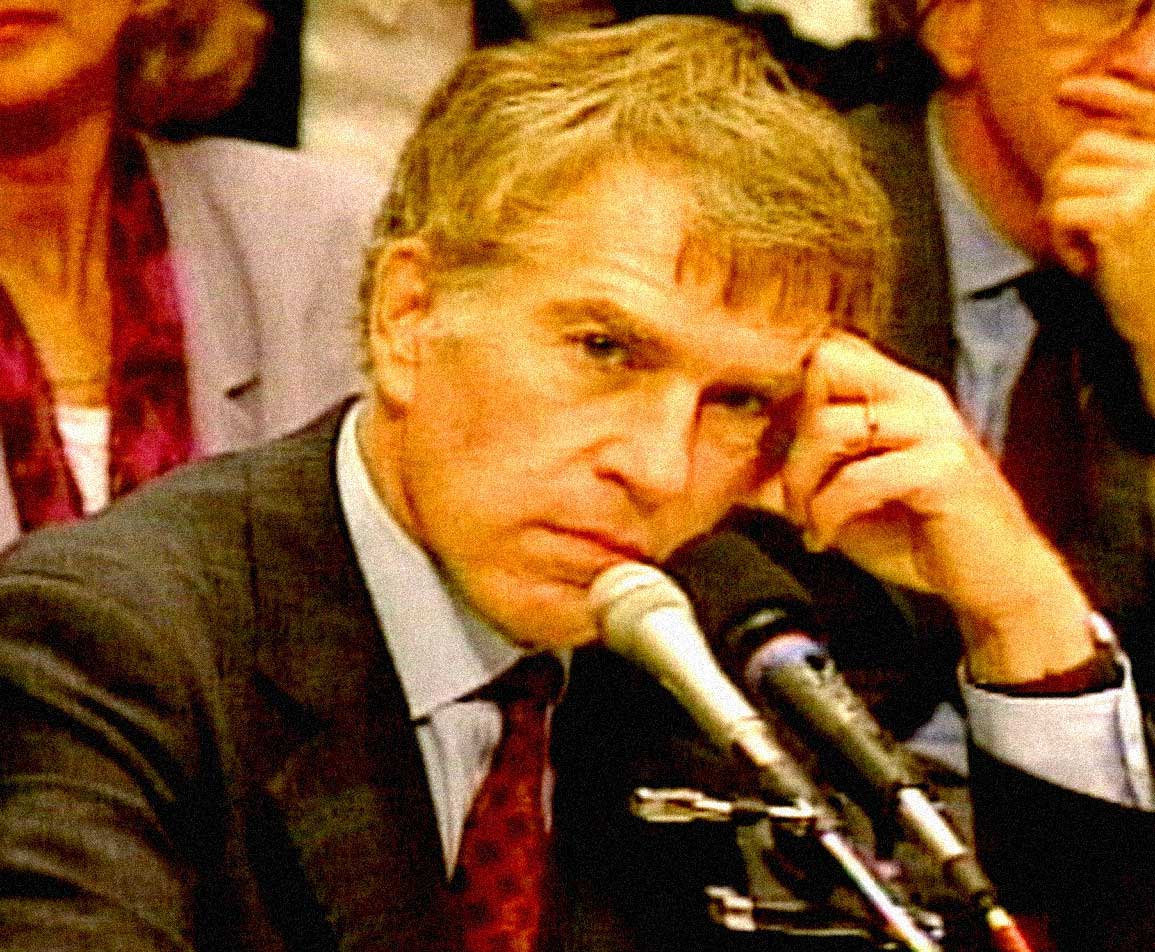 Roger Altman at Whitewater Hearing - a grilling that lasted 10 hours.

Roger Altman at Whitewater Hearing – a grilling that lasted 10 hours.

On this day in 1994, the Amtrak’s Lakeshore Limited, from New York to Chicago, derailed outside of Buffalo New York, injuring 125 passengers, some of them seriously.

In Washington, the infamous Whitewater hearings continued, with a marathon 10-hour grilling of Deputy Treasury Secretary Roger Altman. The all-night session, complete with glaring lights and good cop/bad cop cross examination by members of the Senate Banking Committee over Altman’s alleged contacts with White House officials on the Whitewater Investigation. The former Wall Street investment banker apologized for sins of omission in testimony in months prior, but his bottom line was one of innocence. The cross examination erupted into a mudfest with members of the Banking Committee bickering amongst themselves, leaving Altman to sit perplexed as Senators tossed accusations back and forth. Next up was Treasury Secretary Lloyd Bentsen who expressed bafflement that an aide’s contention that he (Bentsen) had an early Whitewater briefing. With very little sleep, Altman was getting ready to testify before the House Banking Committee.

President Clinton turned 48 the previous day, with a resounding rendition of “Happy Birthday” from Soul legend Patty LaBelle. The President hit 48 on August 2nd. He was slated to give his first news conference in more than four months, and only the third of his Presidency. He was expected to spend much time beating the drum for his Healthcare bill. And with the House and Senate about the take the matter up, the White House saw this as a critical point in the debate. So The President was expected to use his opening statement later on to take up the case for Universal Healthcare Coverage directly to the American people. It was Clinton and the Congress’ belief that the public had been subjected to enormous disinformation on the subject, and he was trying to set the record straight on what he wanted and what it really meant.

And the off-season election primaries were underway. The story was just getting started.

And that’s a little of what went on, this August 3rd 1994, as reported on The CBS World News Roundup.