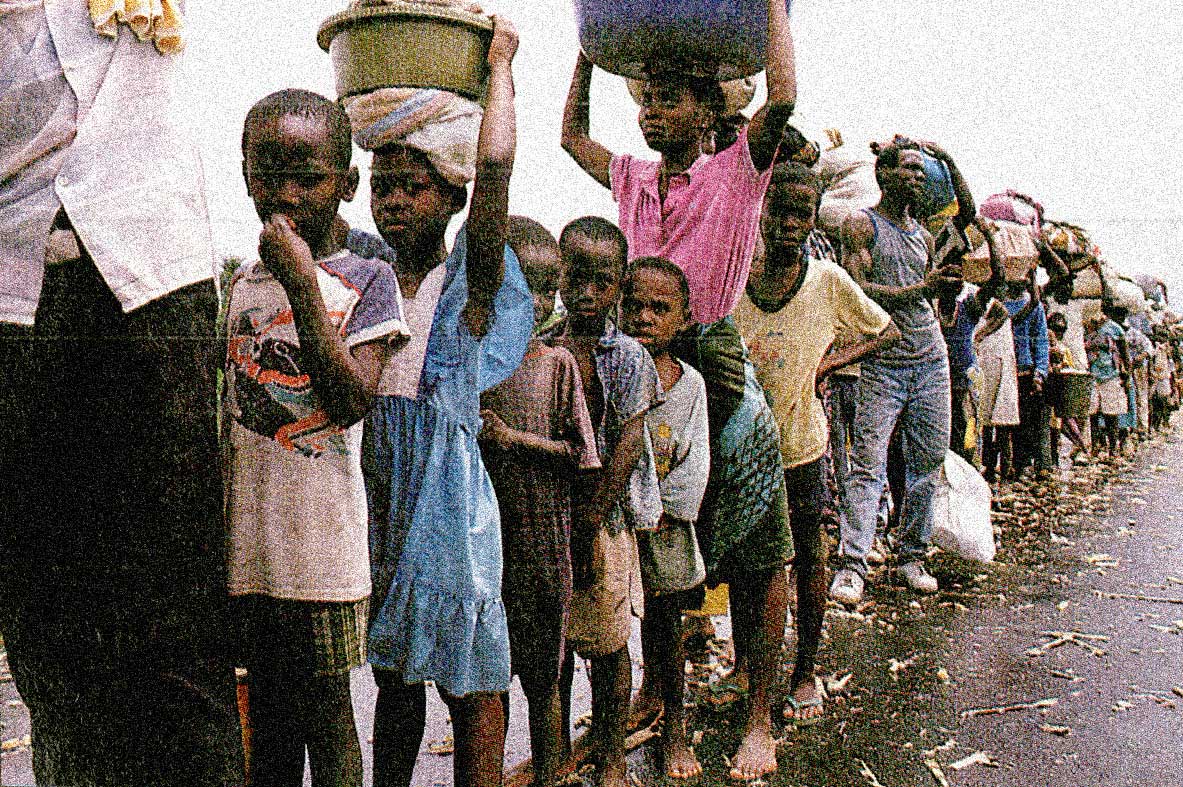 Refugees fleeing Liberia - In the wake of overthrow, the army of displaced.

Refugees fleeing Liberia – In the wake of overthrow, the army of the displaced.

August 5, 1990 – unsettling news this day. The ongoing attempted overthrow in Liberia of the government of President Samuel Doe and the outbreak of Civil War, prompted President Bush to order the evacuation of all remaining U.S. citizens in the war torn country. The evacuation came on news that rebel leaders were planning on arresting all foreigners at any time. So Bush ordered a detachment of some 225 Marine riflemen along with several helicopters to evacuate the remaining Americans still living in Monrovia, the capital of Liberia. At the time of this newscast, some 60 Americans were safely out of the country, with more expected to be rescued.

Meanwhile, more unsettling news from Kuwait, where Iraqi troops staged an invasion of the tiny country days earlier. Conflicting messages that Iraq was withdrawing invading troops as promised. But the occupying force left behind was larger than the invading force to begin with, as well as installing a puppet government soon after the invasion – and so it seemed like nothing had changed since Iraqi tanks rolled into Kuwait City and took over. Even the installed government consisted of supposed Kuwaiti members which claimed to represent the Kuwaiti people, although no one had ever heard of any of the cabinet members. Rumors were rife that Saddam Hussein’s son-in-law was actually the newly installed President of Kuwait, but Baghdad denied those assertions. A Kuwaiti diplomat said that Iraqi had moved 15 Shi’ite muslim prisoners whose freedom was long demanded by Lebanese terrorists who were holding western hostages in Beirut. All of this was leading up to what was surely a confrontation, and President Bush was ordering a buildup of U.S. forces in the gulf region in anticipation of that showdown.

And that’s just a small slice of news for this August 5, 1990 – as presented by ABC Information Radio’s News On The Hour.