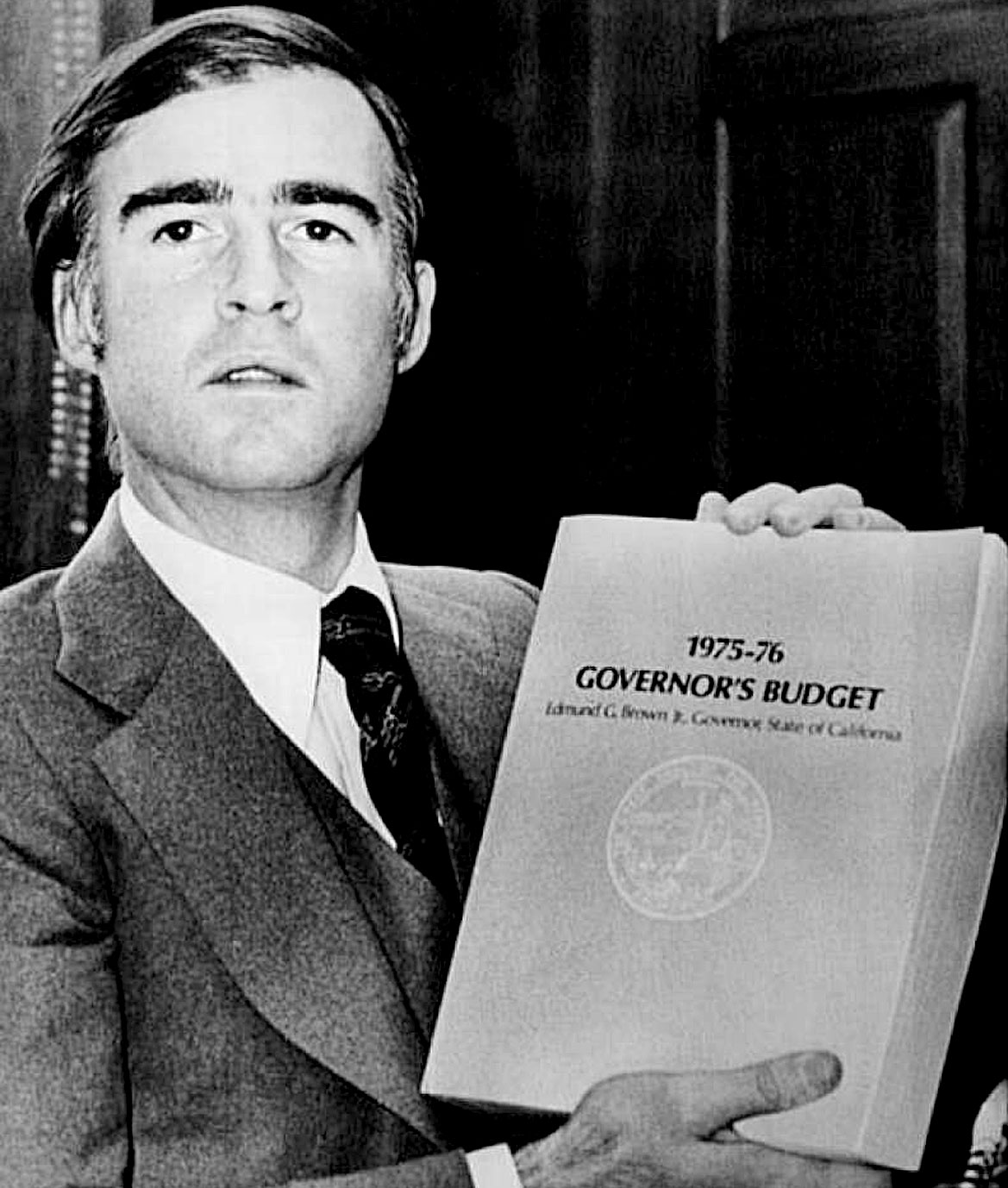 California in 1975. A considerably different state then. But then, as now, it was governed by Edmund G. Brown jr.; Jerry Brown. Son of Pat Brown who presided over California in the 1960s, who was succeeded by Ronald Reagan and then succeeded by Jerry Brown. Jerry Brown during his first incarnation as Governor, presiding over one of the wealthiest states, if not the wealthiest state in the country, during the 1970s. But a state with more than its fair share of problems.

In 1975 there were whiffs of discontent – the upper echelon of earners were widening the gap – the disparity between the top 1% and the rest was growing rapidly. Money to run the state was getting tighter – the question of education was just as vocal then as it is now. Crucial infrastructure was in danger of falling apart. We had increased congestion and we were in danger of running out of natural resources. And there was the issue of taxes. Some were grumbling that California was bringing in too much tax revenue and squandering it on bureaucracies – that crucial social services were left wanting, that new and much needed additional highways and rapid transit were low priorities – that somehow California just wasn’t putting its tax money to good use.

California has always been a popular state – it’s been a magnet for those wanting to leave the wildly fluctuating climates of the East, or the relative lack of job security of the Mid-west – the Great Shift West, as it started right after World War 2 was continued without stop – and California was quickly becoming a crowded place to live.

And so this episode of the local California Sunday talk program News Conference, had as its guest Governor Brown, answering a barrage of questions on a wide range of topics – but all which were important issues in the world of 1975.

It’s interesting to draw differences and parallels between the state of government in California, some 41 years ago and the way it is now. Ironically, the grumblings mentioned in 1975 came to full boil in 1978 when the infamous Proposition 13 Tax revolt tossed California into a state of economic unbalance and uncertainty which it has never recovered. Cities are now more crowded than ever – real estate has skyrocketed beyond reach for most people living in California. The property tax burden was shifted to the younger demographic and the infrastructure is a study in contrasts. Is it worse now than in 1975? Depends on who you ask.

But all you have to do is look around and you get the feeling things just aren’t quite right. And maybe they never will be again – and maybe this installment of News Conference with Governor Brown is a slice of nostalgia.