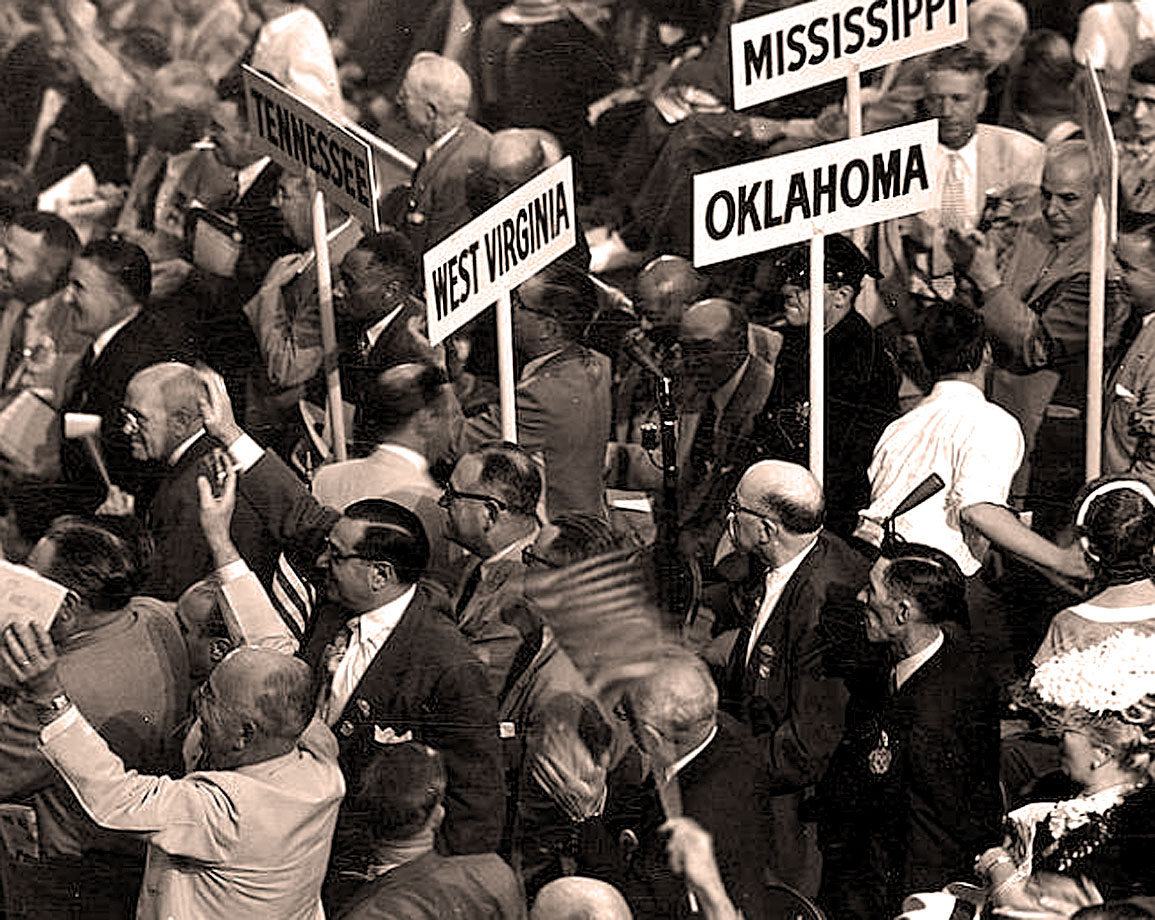 Can The GOP Stage A Comeback? 1952 – Past Daily Reference Room

1952 Elections – coming up on the close of the GOP Convention in July of 1952. General Dwight D. Eisenhower was chosen as the standard bearer for the Republican Party. And now it was time to assess the chances of a GOP victory come November. Not everyone was convinced it would. For all his popularity, many wondered if Eisenhower was the right one for the job. Many agreed his experience in Europe after the War and his dealings with the Soviet Union made him more of an experienced candidate in the area of Foreign Policy. But Stevenson represented a strong domestic policy, and many were fearful the GOP would revert back to the pre-FDR days, before the New Deal, back to the days of Hoover. Eisenhower had recognition going for him though – he was a war hero. And even though he wasn’t a familiar Republican (there were overtures to get Eisenhower on board as a Democrat years earlier), he was a familiar and widely admired Military figure who had a reputation for getting things done. And many felt that kind of attitude would serve him well in the White House.

But the real question was; since the Democrats held the White House since 1933, could the GOP stage a comeback and re-take the White House, after all these years? Had the voter gotten so used to the policies of FDR that any change in direction was impossible to conceive?

As is evidenced by this lively, and borderline contentious discussion between Gardner Cowles, Publisher of Quick and Look Magazines, Jonathan Daniels, editor of the Raleigh News and Observer, it was an issue that had many differing opinions and some of them were heated. The discussion is then opened to the audience, who ask questions of the panelists. This was part of the series American Forum of The Air, first broadcast on July 27, 1952.

To get an idea of where our two-party system stood, even in 1952, here is that episode of American Forum Of The Air. Highly civilized by comparison, it nonetheless addresses an issue many are asking even in 2016 over just where the GOP is heading.