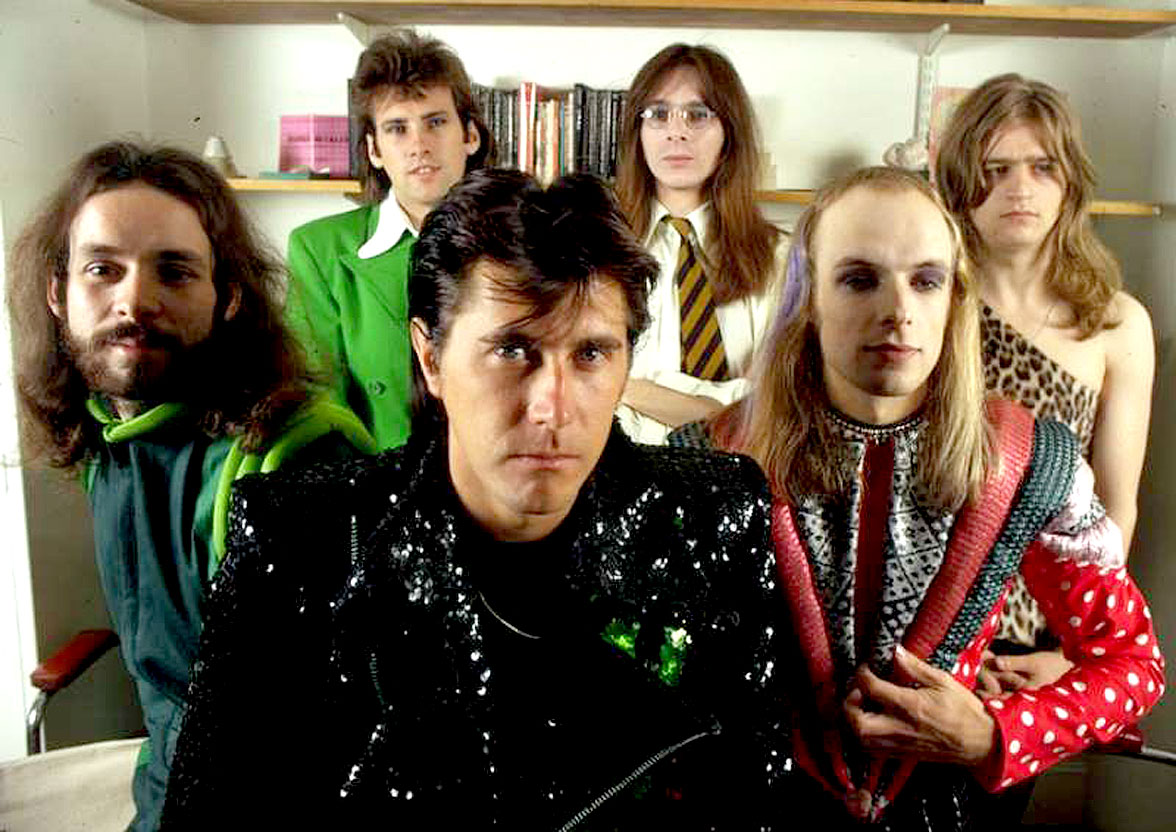 Roxy Music this weekend. Live in Paris, recorded on November 27, 1974 and broadcast over French Radio sometime after. One of those bands which helped define the 70s, and created an indelible impression on the future of Rock music, Roxy Music, fronted by the inimitable Bryan Ferry, whose suave demeanor and evocative voice helped sculpt the uniqueness that was Roxy Music, accompanied by the future-legend Brian Eno, whose work in music and sound has been pioneering for the past four decades. And guitar virtuoso Phil Mazanera took the band several notches higher during their time together.

Although, to be fair, by this time, Brian Eno had left the band to pursue a solo career. But the sound was still intact. No doubt, Roxy Music had a sound and an approach and it was theirs. And even with personnel changes over the years, they maintained their unique and influential sound – switching directions only around the time of Avalon, which was released in 1982, and became another milestone for them. Having originally called it quits the first time in 1976, they got back together in 1978. Sadly, a short time after Avalon was released, they broke up again (in 1983). That time it wouldn’t be until 2001 that another Roxy Music incarnation would surface.

This is earlier Roxy Music tonight – around the time Country Life was issued, it was another in a series of albums which established the band as one of the most consistent and original groups of the 70s.

Anyone who saw them in concert during this period will easily attest to just how great they were live. The same excellent musicianship prevalent on their albums was also evident on stage. They were, without a doubt, one of the best and most polished bands performing during this period of time. And having seen them several times during the 70s, I can echo that sentiment. They were one of the truly great bands and they always delivered top-notch performances.

You could say I was a die-hard fan. Still am.

Enjoy the show – this one sounds particularly good. Not sure who to thank for this one – either it’s Roxy Music’s engineers or the guys from Radio France. I suspect it’s the Roxy Music sound crew. They always had great sound at their concerts. Whoever they were, they did a great job, because mixing live sound on the fly is no picnic.