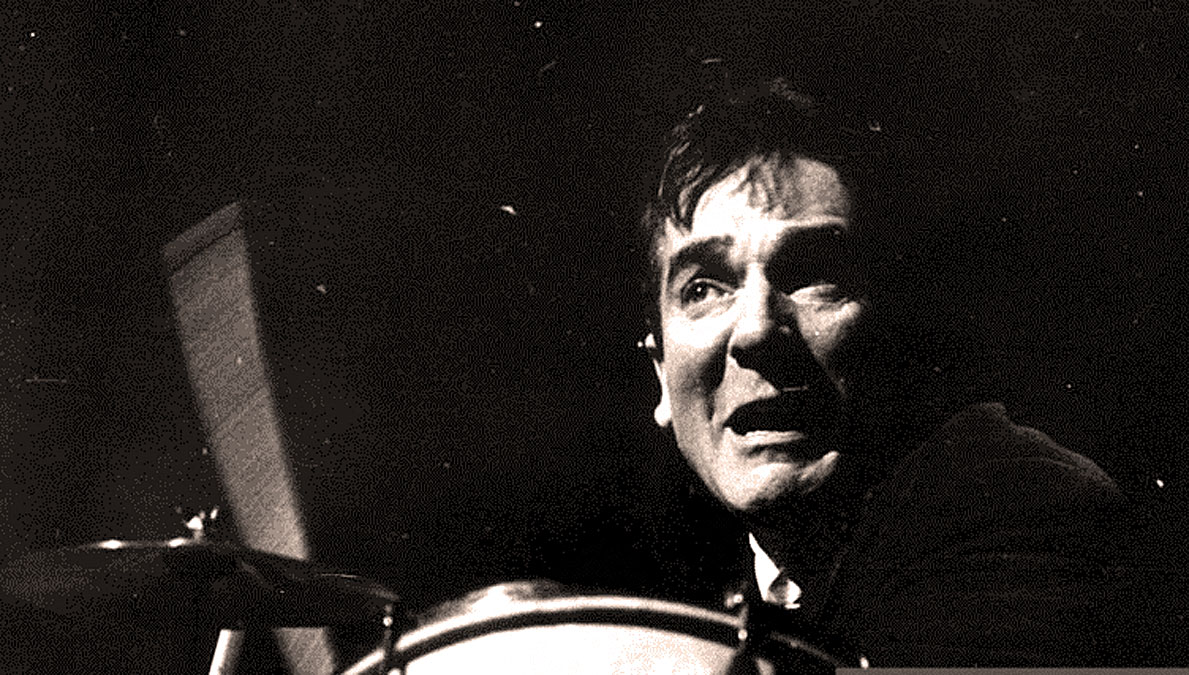 Gene Krupa - Superstar of his day.

Gene Krupa – Superstar of his day.

The legendary Gene Krupa and his Orchestra this week. From a broadcast sponsored by Coca-Cola and rebroadcast by the Armed Forces Radio Service – Spotlight Bands from November 11, 1944.

It occurred to me, when I ran the Boyd Raeburn Orchestra club date last week, that I really haven’t played very much in the way of the traditional 1940s Big Band material, so popular before, during and just after World War 2.

This was the mainstream during those years – this was what Youth Culture was flocking to – and because radio was a vital entity during the years of World War 2, broadcasting Big Bands was hugely popular and also a big morale boost. Subsequently, when the Armed Forces Radio Service came into being, one of the first major attractions was the re-broadcast of the hundreds of Big Band broadcasts happening all over the country during any given week.

Gene Krupa, originally part of the Benny Goodman ensemble, struck out on his own and formed his own band. A hugely popular Drummer whose movie-star good looks and high-energy sound became a household name during the 1940s. Krupa could be considered a superstar by contemporary standards, and he maintained a big popularity all the way up to his death in 1973.

When the age of The Big Band began to fade, during those years following World War 2 and leading up to the dawn of Rock n’ Roll, Krupa branched out, playing in smaller group settings with some of his Goodman-alumnae associates for some memorable dates on Verve in the 1950s and continuing to perform in a trio or quartet, as well as appearing in numerous movies at the time.

Because of health issues, Krupa retired from the hectic pace of touring and opened a music school in the late 1960s. Among his more notable students were future Kiss member Peter Criss and future New York Dolls member Jerry Nolan.

Krupa did make occasional appearances, including one notable appearance just before his death. In 1972 he made his last appearance for the New School in New York with a lineup of memorable Jazz figures, including Harry James and Gerry Mulligan. Krupa’s 16 bar solo touched off a wild, stomping storm of approval, from an audience considerably younger than him. Adding further proof that Gene Krupa was a highly influential artist all the way up until his death in 1973.

But as a reminder of the earlier Krupa, during his halcyon days as one of the leading drummers of the Big Band era, here is Gene Krupa with his orchestra, vocalists, and strings, as they appeared on the Spotlight Bands broadcast for November 11, 1944.