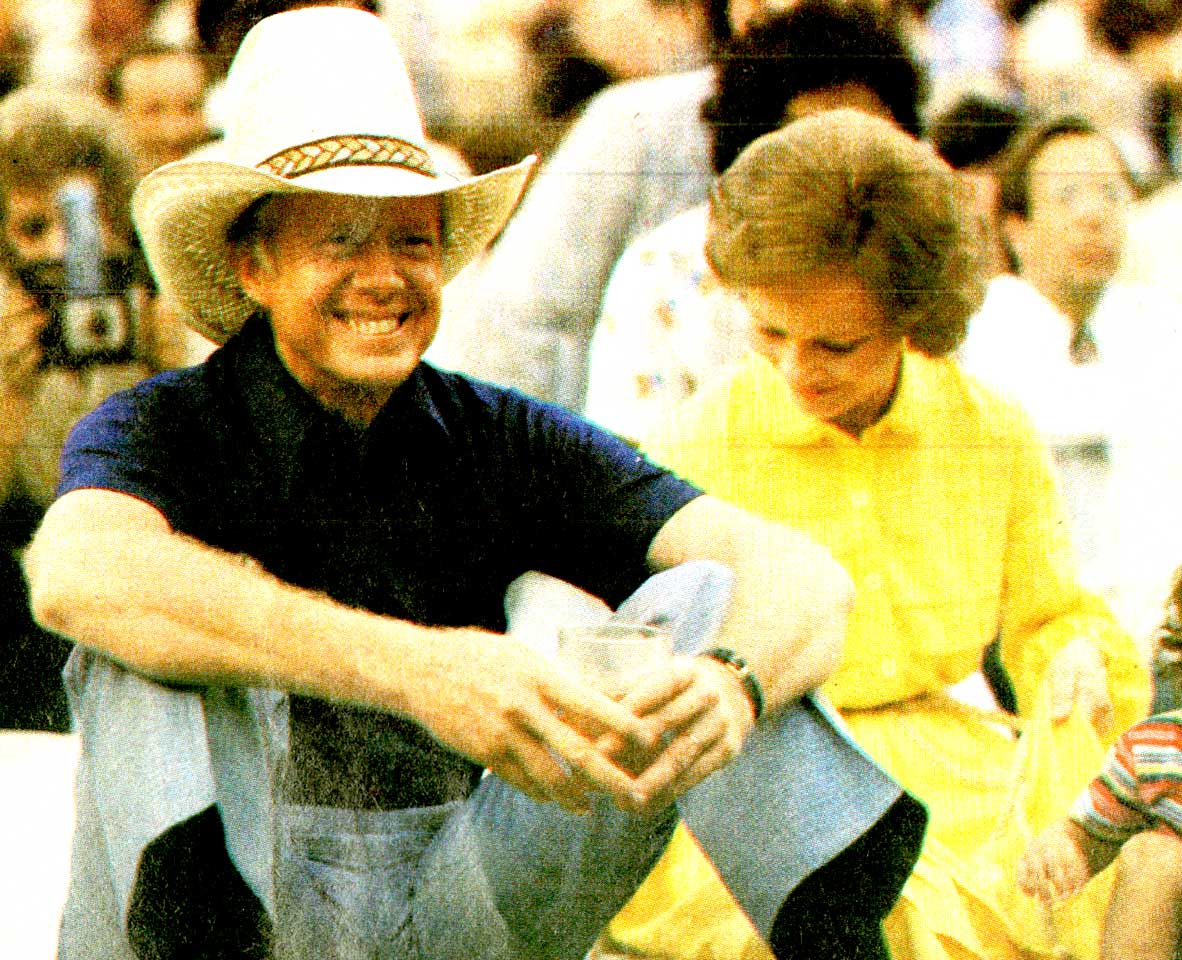 August 8, 1980 – An election year, and still the Democratic Convention to go. On this day, there were grumblings about throwing the Convention open – about the Dump Carter Movement – about the chant: “Anybody But Carter” – about the notion that Ted Kennedy would grab the nomination away from the incumbent – but largely, and most disturbing, a feeling of disunity within the party threatening to sink the Democrats and to blow the Presidential election come November. Polls were ominous – Ronald Reagan was touted as the odds-on favorite. All this was leading to a state of high-drama as the Democrats were heading into the Convention later on in the week. The Carter forces claimed they had won the rules fight, expected to take place at the convention, and vowed to surrender no delegates to the Kennedy camp. For his part, Kennedy arrived in New York and staged a huge rally in front of the Waldorf-Astoria, vowing to seek and win the nomination for President by convincing delegates to drop Carter and join forces with him.

It was promising to be an interesting, if not entertaining Convention.

No less interesting, but a lot less entertaining was other news of concern. Hurricane Allen was heading toward the South Texas coast, between Brownsville and Corpus Christi, but it was still far enough out in the Gulf of Mexico to change course and this had Civil Defense and meteorologists worried. Landfall, where ever it was going to be, wasn’t expected until the following day, with winds clocked at 150 miles per hour and gaining strength from warm Gulf waters. All along the south Texas coast, people were stocking up on food and candles and boarding up windows, preparing for the worst.

And that was just a slice of what was going on, this August 8, 1980 as reported by Douglas Edwards and The World Tonight from CBS Radio.

Ted Kennedy Rally at the Waldorf-Astoria – playing to win, and not playing around.