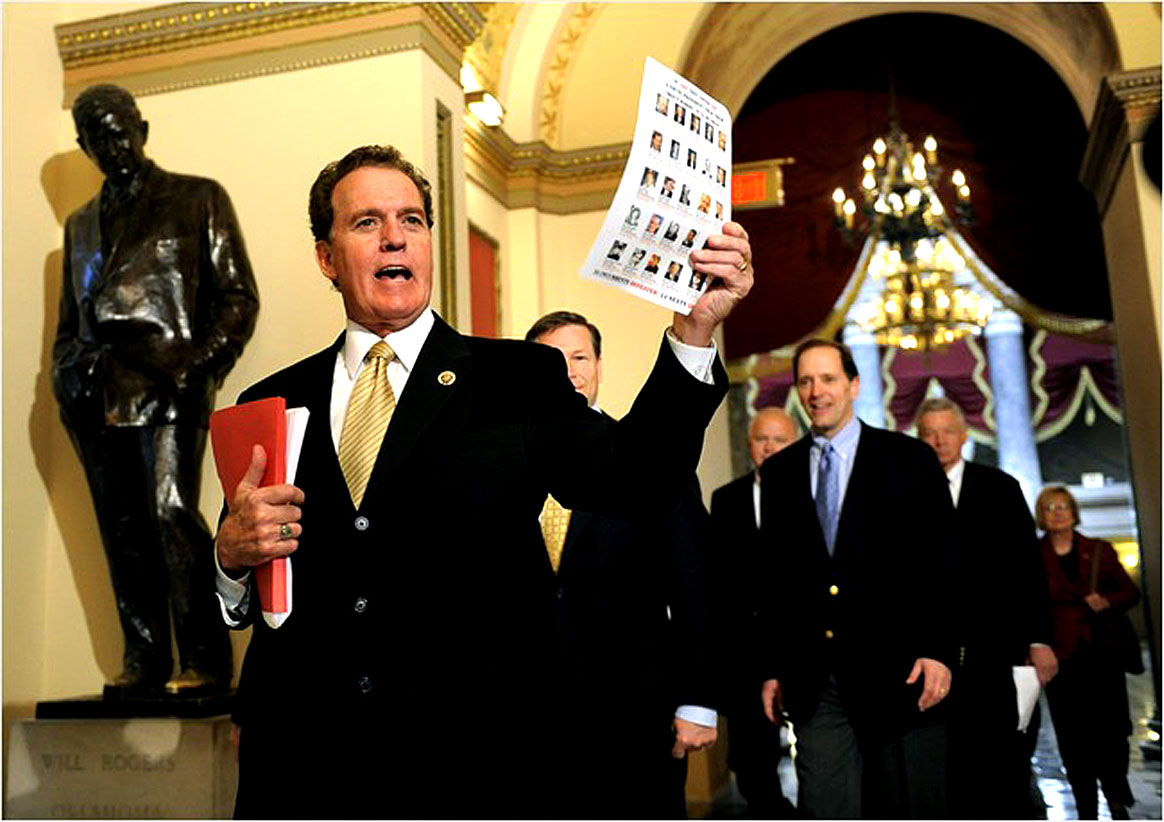 GOP members heading to the Healthcare Debate in 1994. With Big Pharma on their side.

GOP members heading to the Healthcare Debate in 1994. With Big Pharma and Big Insurance on their side.

On this August 9, 1994, the subject was Healthcare and the debate was in The Senate. The Healthcare measure, proposed by President Clinton was heading to debate and a much-promised filibuster by GOP members.

This day in 1994, The Senate was heading for a showdown and fingers were crossed that affordable Health Care could become a reality. A Senate compromise measure was crafted by Senate Democratic leader George Mitchell, who felt there were enough Senators undecided that the outcome was in doubt as neither side had a clear majority. Mitchell did feel the vote would be close in any event. GOP Senator Jesse Helms felt differently, using the “socialized Medicine” mantra which had been used for decades prior as his case against it. Senator Bob Dole came up with the figure of 65% of Americans wanted the current Health Care proposals scrapped until January of 1995. The White House feared if this measure failed, it would also spell disaster for Democrats in the mid-term elections, come November, since the Universal Healthcare issue was the centerpiece of Clinton’s election campaign. And on and on it went.

Meanwhile, the issue of telephone surveillance was back on the table. The government proposed a measure which would provide $1/2 billion in funds for phone and cable TV companies to make their systems more accessible to court-authorized surveillance.

And Attorneys for OJ Simpson were back in court on this day for a status hearing of telephone records of potential witnesses and a pair of media motions from TV outlets for access to grisly crime-scene photos.

All that, and so much more for this August 9, 1994 as presented by The CBS World News Roundup.