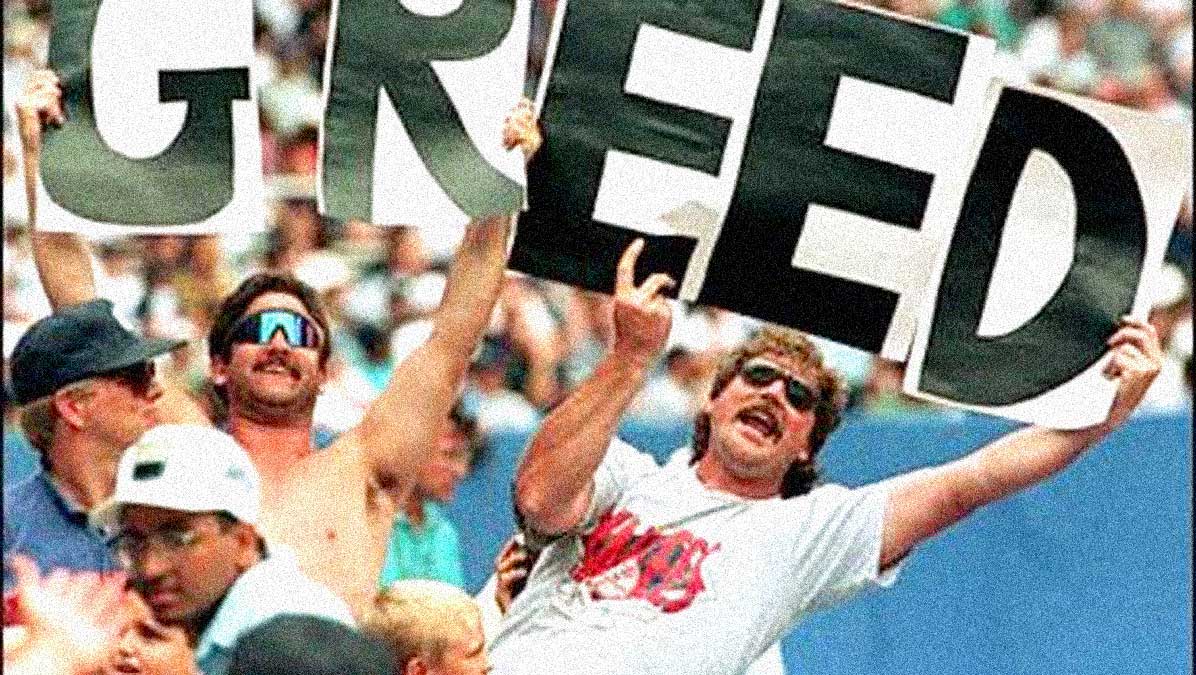 The Great Baseball Strike of 1994 - The sentiment of the fans was universal.

The Great Baseball Strike of 1994 – The sentiment of the fans was universal.

August 11, 1994 – not an earth-shattering day, unless you were a Baseball fan. If you were, you were about to see a season come to an end and a strike over salaries drag on for almost 300 days. Say goodbye to the playoffs, the World Series, your team. The talks between players and team owners was at a stalemate, with neither side budging, and unless some miracle was performed on this day, the season would be over, leaving some 668 games left unplayed and Major League Baseball would be headed for the longest strike in its history.

So you had that to look forward to.

But there was other news this day – accused double-murder suspect OJ Simpson was in the hospital at dawn on this morning, for what his physician called “a planned routine minor surgery”. He was later released from Cedars of Sinai Hospital and back in jail to recover. Meanwhile, the attorneys for OJ Simpson have hired high-powered jury consultant Jo-Ellan Dimitrius to become part of the Defense team.

As for the bigger picture – the economy,ethics and Healthcare was news on this day. President Clinton vowed not to sign legislation that would fall short of Senate Majority Mitchell’s goal of 95% coverage by the year 2000. Many feared it was a no-win situation and that Universal Healthcare was doomed.

As for Ethics – President Clinton was expected to name Federal Appeals Court Judge Abner Mikva as White House Counsel, replacing Lloyd Cutler. Cutler said the White House was going to ask the Office of Government Ethics to investigate whether Agriculture Secretary Mike Espy violated Ethics rules by accepting gifts from companies regulated by his agency. Espy was already under investigation from the Justice Department. California assemblyman Walter Tucker III was facing indictment on Federal charges of taking bribes when he was Mayor of Compton. Reports surfaced of video showing Tucker taking bribes from undercover FBI agents.

And Retail Sales slipped the previous month 1/10 of 1%, as Americans bought fewer cars. At the same time, a surge of coffee and energy costs and wholesale prices went up 5/10 of 1% with higher oil prices and higher food prices being the culprits.

And that’s just a slice of what went on, this seemingly nothing-happening August 11, 1994, as reported by The CBS World News Roundup.