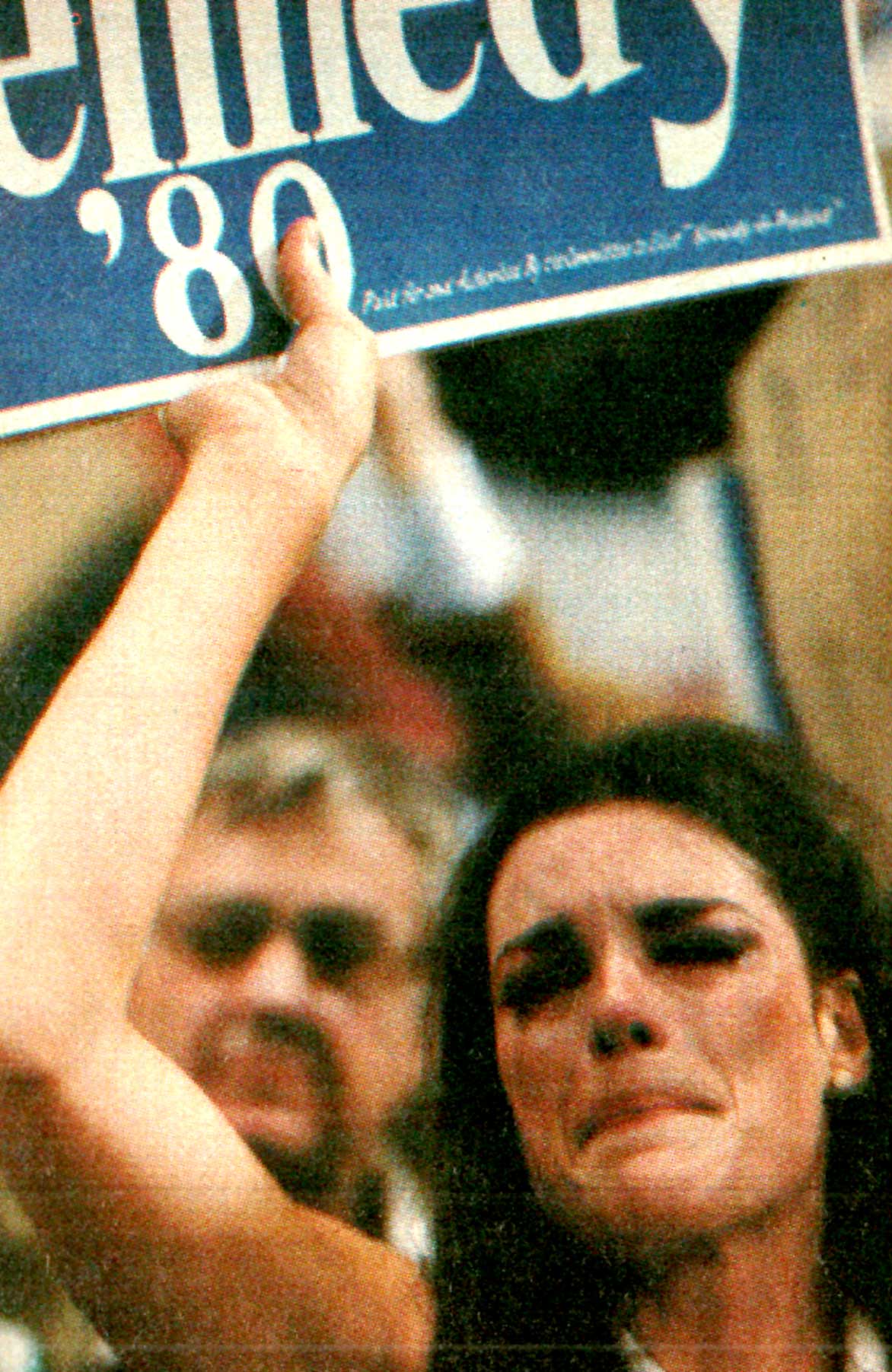 1980 Democratic Convention - not everyone was thrilled with the outcome.

1980 Democratic Convention – not everyone was thrilled with the outcome.

August 12, 1980 – Amid harrowing moments, threatened floor-fights and calls for an open convention, Ted Kennedy finally released his delegates to support Jimmy Carter and the slow road of party unity began.

But in one last move, a move which upstaged Carter’s triumphant moment, Senator Ted Kennedy delivered a speech to the convention – giving tacit support of the Democratic Party standard bearer, but a speech which stirred the convention and brought cheers and rousing approval from the assembled delegates.

Senator Ted Kennedy: “This is the cause that brought me into the campaign and that sustained me for nine months across a 100,000 miles in 40 different states. We had our losses, but the pain of our defeats is far, far less than the pain of the people that I have met.

We have learned that it is important to take issues seriously, but never to take ourselves too seriously.

The serious issue before us tonight is the cause for which the Democratic Party has stood in its finest hours, the cause that keeps our Party young and makes it, in the second century of its age, the largest political Party in this republic and the longest lasting political Party on this planet.

Our cause has been, since the days of Thomas Jefferson, the cause of the common man and the common woman.

Our commitment has been, since the days of Andrew Jackson, to all those he called “the humble members of society — the farmers, mechanics, and laborers.” On this foundation we have defined our values, refined our policies, and refreshed our faith.

Now I take the unusual step of carrying the cause and the commitment of my campaign personally to our national convention. I speak out of a deep sense of urgency about the anguish and anxiety I have seen across America.

I speak out of a deep belief in the ideals of the Democratic Party, and in the potential of that Party and of a President to make a difference. And I speak out of a deep trust in our capacity to proceed with boldness and a common vision that will feel and heal the suffering of our time and the divisions of our Party.

The economic plank of this platform on its face concerns only material things, but it is also a moral issue that I raise tonight. It has taken many forms over many years. In this campaign and in this country that we seek to lead, the challenge in 1980 is to give our voice and our vote for these fundamental democratic principles.

Let us pledge that we will never misuse unemployment, high interest rates, and human misery as false weapons against inflation.

Let us pledge that employment will be the first priority of our economic policy.

These are not simplistic pledges. Simply put, they are the heart of our tradition, and they have been the soul of our Party across the generations. It is the glory and the greatness of our tradition to speak for those who have no voice, to remember those who are forgotten, to respond to the frustrations and fulfill the aspirations of all Americans seeking a better life in a better land.”

In the end, there were sill deep divisions within the party. Over 700 delegates who were pledged to Ted Kennedy left and didn’t come back to nominate a vice-Presidential candidate. Many felt the lack of support from the Ted Kennedy camp did much to harm Carter’s chances of winning against Governor Reagan in the fall. The 1980 DNC gathering was notable in that this was the last time at a convention in the 20th century that a candidate tried to get delegates released from voting commitments.

Editors Note: At 27:50 there is a 2 second tape stretch and drop-out. Sorry – but it’s otherwise complete.