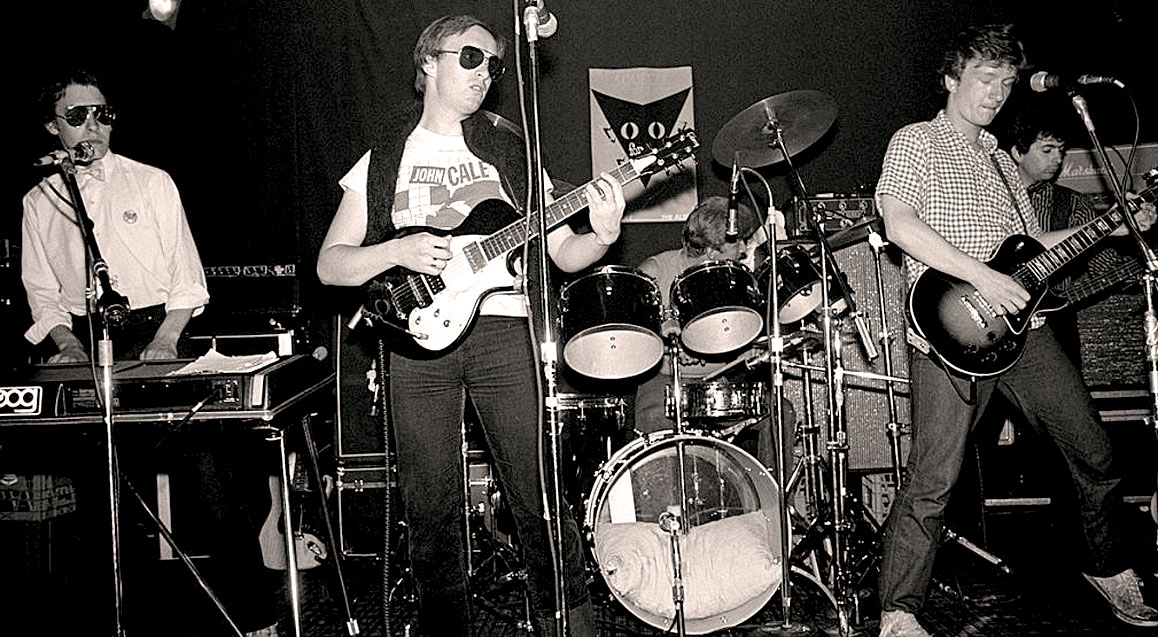 Squeeze this weekend – one of those bands which helped define the 80s and the transition from Punk to Post-Punk to New Wave. With the writing talents of Chris Difford an Glenn Tillbrook, Squeeze had a string of hits on both sides of the Atlantic from their second album Cool For Cats, which this tour promotes, onwards. It was also a breakthrough for the band and helped propel them into the top 10. This was during a time when the craft of songwriting was staging a comeback – with eloquent tunesmiths such as Elvis Costello redefining Punk from the two-chord stream-of-consciousness rant, to elegant and evocative word images, Difford and Tillbrook helped establish a new element to a vibrant new genre – and in doing that, raised the bar several inches.

This gig, a live performance broadcast over New York station WNEW-FM from July 26, 1979 comes from Club 57 and features a non-stop session from the group, lasting at just a minute over an hour.

Squeeze would undergo a number of personnel and direction changes over the years. At last count, there have been three incarnations of the band, which is still going strong. A recent gig at Glastonbury was evidence of that.

But to take it back to the beginning, to the point where they went from demos and club gigs and endless promoting to having a hit album and a tour to promote it – here are Squeeze during their first (I think) American tour, playing to a wildly enthusiastic crowd at Club 57 in New York, smack in the middle of a steamy July night in 1979.

You probably remember during this time – it was especially busy and a lot was going on musically, and Squeeze were an integral part of it. If for some reason you weren’t around – or didn’t get started until after they arrived, or just got into them recently, here is one of their milestone performances and a lot of reasons why Squeeze were household names in the late 70s.