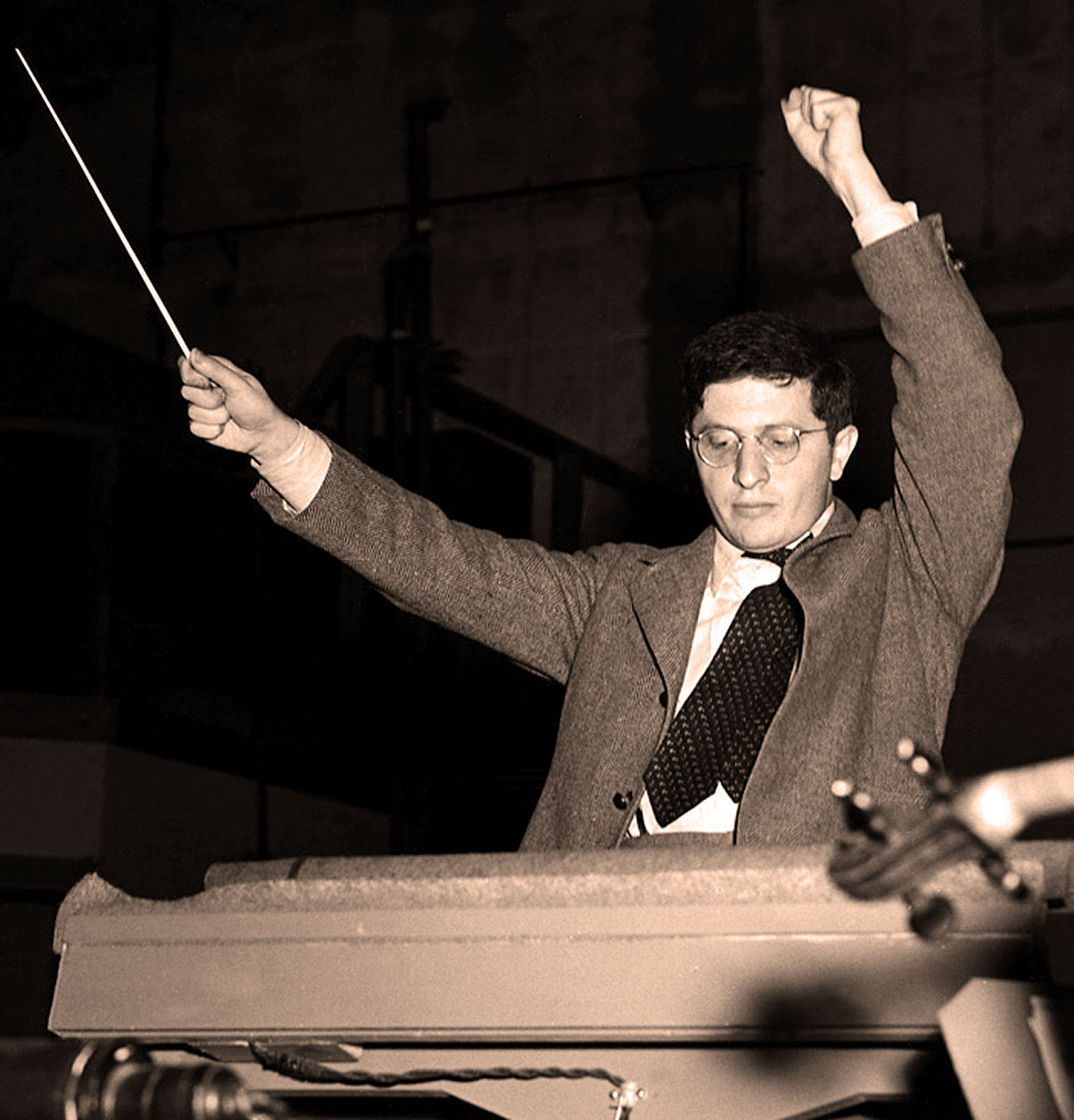 Bernard Herrmann, known primarily for his landmark film scores was also a vigorous supporter of new music as well as Music Director for CBS. Beginning in the 1930s, Herrmann worked closely with broadcast wunderkind Orson Welles and, in addition to working with Welles on his films, also became Director of Music for The Columbia Broadcasting System.

In addition to leading the CBS Concert Orchestra, which was made up of primarily lighter music, Herrmann also led the prestigious CBC Symphony and performed many World Premiers of important works, including those of Igor Stravinsky.

This excerpt, from the March 22. 1949 broadcast of The CBS Concert Orchestra features Two Indian Sketches For Strings by Charles Tomlinson Griffes. Griffes is probably one of the better known late 19th/early-20th Century American composers, primarily for his pieces The White Peacock and The Pleasure Dome Of Kubla Khan, although he composed a great quantity of Piano music, which is still performed and recorded today. Sadly, Griffes died early, a victim of the Great Influenza pandemic of 1920, which claimed his life at only 35. Always in the realm of “what if’s”, it would have been interesting to hear what Griffes would have done, during the time of Copland and the new American school of Music composition. But we’ll never know.

Bernard Herrmann is best known for his soundtracks. The unforgettable Psycho, The Day The Earth Stood Still, Vertigo, Journey To The Center Of The Earth, Citizen Kane and many others. But beyond that, he wrote several Cantatas, a Symphony and numerous other non-film works. As a conductor, he brought many neglected and new works before the public, via his radio work.