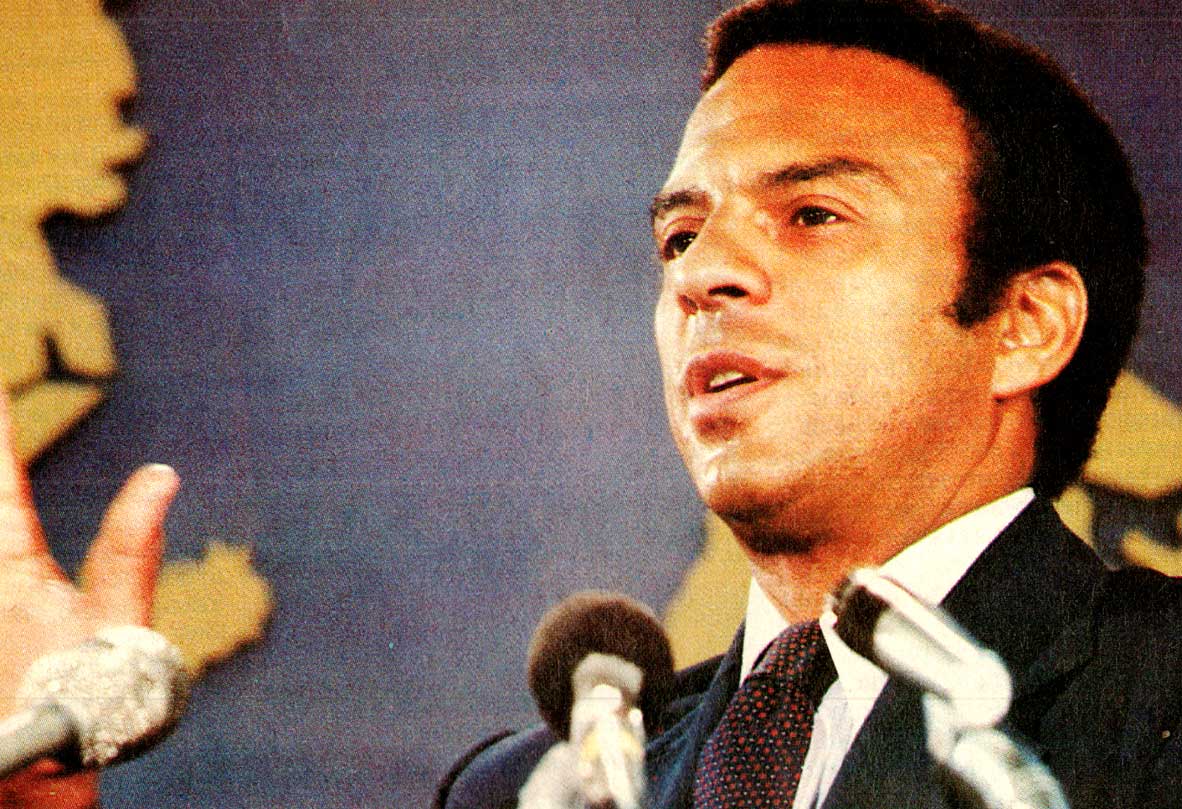 Andrew Young - UN Amabassador - doing the wrong thing by trying to do the right thing.

Andrew Young – UN Amabassador – doing the wrong thing by trying to do the right thing.

August 15, 1979 – a lot going on this day. Weather-related disasters during the Admirals Cup Yacht Race in England. 13 dead and four missing and the worst tragedy in yachting history. Gale force winds and swells some 40 feet put the smaller yachts in the race at the mercy of the elements. At least 10 yachts sank in the rough seas among them The Ariadne, a 24 foot U.S. registered craft. Five of its crew members are among the dead with at least one known to be an American. With greatly improved weather, the race continued, but a large number of yachts were still unaccounted for. The search for wreckage and survivors continued.

Meanwhile on the Pacific side of things – a Typhoon was gaining strength as it was heading south from the island of Okinawa. At least four people were listed as missing in heavy seas.

UN Ambassador Andrew Young wound up in hot water on this day. Seems the Ambassador held a meeting the previous month with a member of the PLO. Initially, Young said the meeting with the official was “by chance” and that nothing of any substance was discussed. But later the State Department revised the account of the episode, saying that Young and the PLO representative discussed the question of putting off the Security council vote on the Palestinian issue. The last Young incident represented a variety of awkward challenges to the President Carter, and not at a good time. From a Foreign Policy standpoint, it represented complications between the Arabs and Israelis. By rebuking Young for his unauthorized meeting with the PLO Representative, the White House had underscored its differences with the Arabs on a major aspect of policy in dealing with the PLO. It came at a time when the U.S. was trying to woo the Palestinians into joining Israeli-Egyptian autonomy talks. As for the Israelis, they already suspected the U.S. was tilting toward the Arabs on that issue, because of the need for Arab oil. The young PLO contact would only confirm that suspicious, even if the Israelis believed the Young action represented personal, rather than official U.S. diplomacy.

And that’s just a small slice of the complications which made up August 15, 1979, and as reported by The CBS World News Roundup.