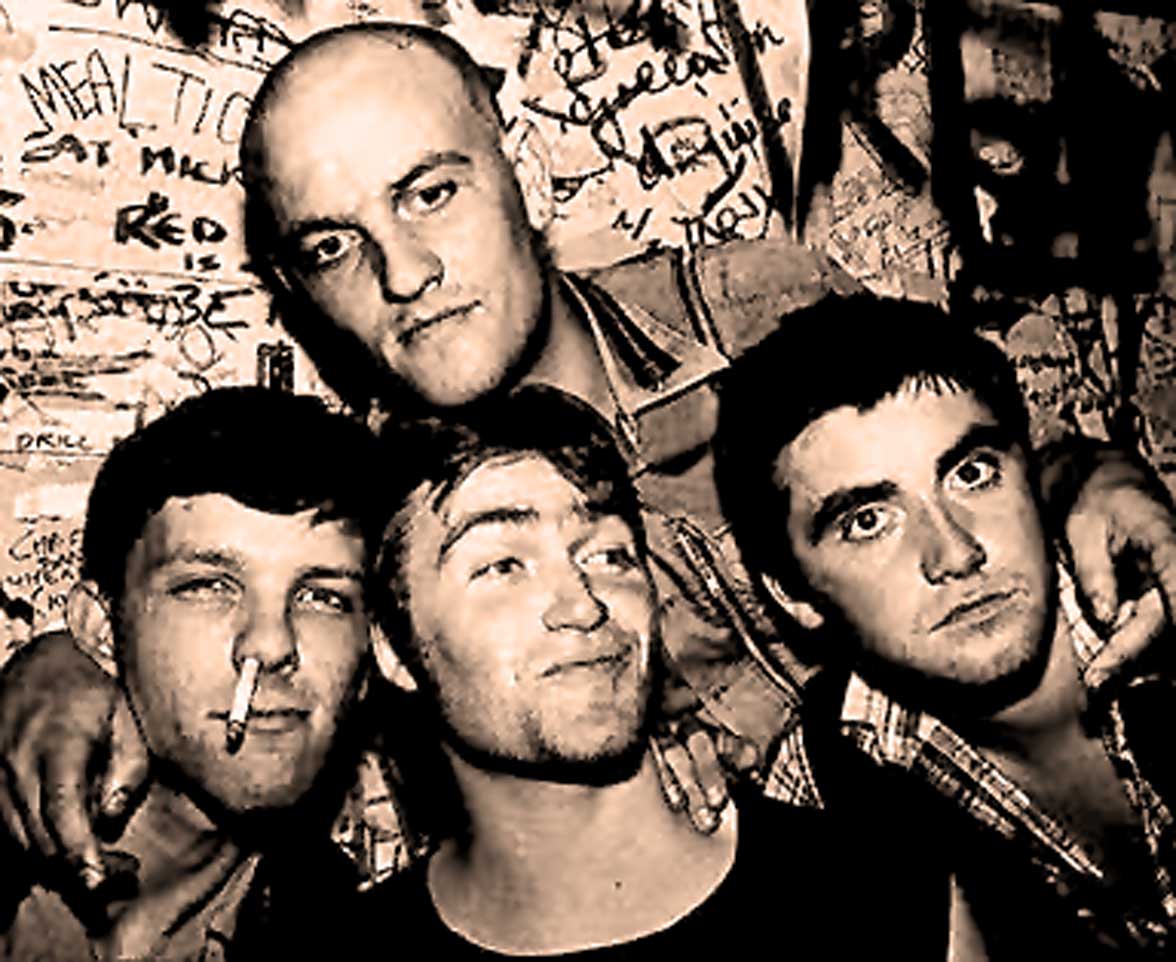 Angelic Upstarts - Politically charged. What Punk was all about.

Angelic Upstarts – Politically charged. What Punk was all about.

Angelic Upstarts – the politically charged side of Punk. Considered by many to be one of the most thought-provoking bands of the era, Angelic Upstarts were anti-fascist and espoused a socialist working class philosophy and were largely aligned with Skinhead sub-culture.

Further proof the 70s were far from complacent and laid-back, at least in the UK. While the U.S. was knee-deep in the “peaceful-easy feeling” of West Coast Rock and coming to grips with The New York Dolls and The Ramones via the East Coast, a veritable eruption of volcanic proportions was going on across the Atlantic. And maybe that was partly the reason Punk didn’t take off in the U.S. as it had in the UK from the get-go. Bands like Angelic Upstarts were singing about issues we didn’t relate to, things we weren’t going through (for the most part) – although the problem of unemployment, poverty and decaying cities was all-too familiar on both sides of the Atlantic – America didn’t have the class-consciousness, so prevalent in British society. The aspects of Punk that were embraced were more of a reaction to Disco and the social connotations of Polyester and feathered hair. And radio, still the arbiter of mainstream public taste, wasn’t about to dive into the consciousness-raising department.

But even so, the message was strong and the sentiment was real, and it turned what was a musical genre into a political movement (to a degree) and we eventually caught on – especially since we were heading into the Reagan years, while the UK was already experiencing the Thatcher Years by 1979.

So this session by The Angelic Upstarts, the first for John Peel, took place on October 30, 1978. By this time, the band was already established and making waves with audiences and was just about a year ahead of their debut album release in August of 1979. Several of the songs they play wound up on that album. The album also featured their debut single which had been issued prior to the album, The Murder of Liddle Towers, which has been cited by Mojo Magazine as “one of the best Punk singles of all time”.

One of the important groups of the period – who are still around and active. But in 1978 they were creating waves and provoking thoughts.