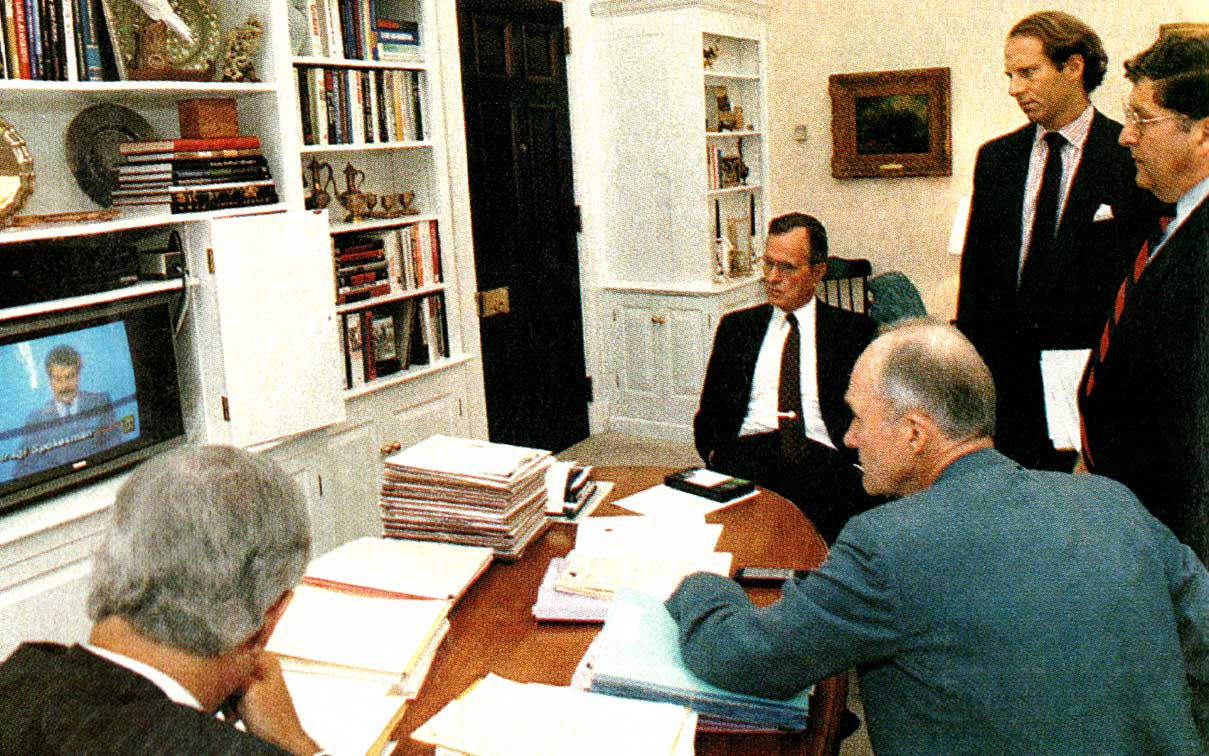 News for this August 16, 1990 was about the brewing confrontation over the Iraq invasion of Kuwait. Complications, overtures and Military options were all on the table, happening seemingly simultaneously.

The issue at the moment was the fate of Americans still living in Kuwait and what was going to happen with the Americans living in Iraq. As of this day it was unclear, but Journalists were still filing reports from Baghdad.

There were unconfirmed reports of an assassination attempt on Saddam Hussein. Egypt’s Official Middle-East News Agency was quoting travelers coming from Iraq saying there were large scale arrests in connection with the assassination attempt, but those reports had been unconfirmed, and the reports went on to claim the attempt involved some of Hussein’s close associates. The Iraqi leader was expected to make a televised statement.

Meanwhile, President Bush was still looking for non-military options to solve the crisis. He was expected to meet with Jordan’s King Hussein later on in the day to discuss the matter and then have a separate meeting with the Saudi Foreign Minister and Saudi Ambassador to the U.S. – but Bush was quick to add that any simple diplomatic solution to the current crisis may not be in the offing. Bush was meeting with Hussein as a way of drumming up Jordanian support for an embargo option, reminding the monarch of his long-standing friendship with the U.S. – with all other access cut off, the only route for cargo was via the Jordanian port of Aqaba. Bush was expected to add an incentive of reimbursing Jordan for loss of revenue and oil it received from Iraq, Jordan’s largest trading partner.

The first Americans who were able to cross the Iraq border were reporting scenes of chaos at the Jordan/Iraqi border.

All was up in the air and news reports were coming in on a moment-by-moment basis, changing as the day progressed. But this was the situation as it stood, for this August 16, 1990 as reported by The CBS World News Roundup.