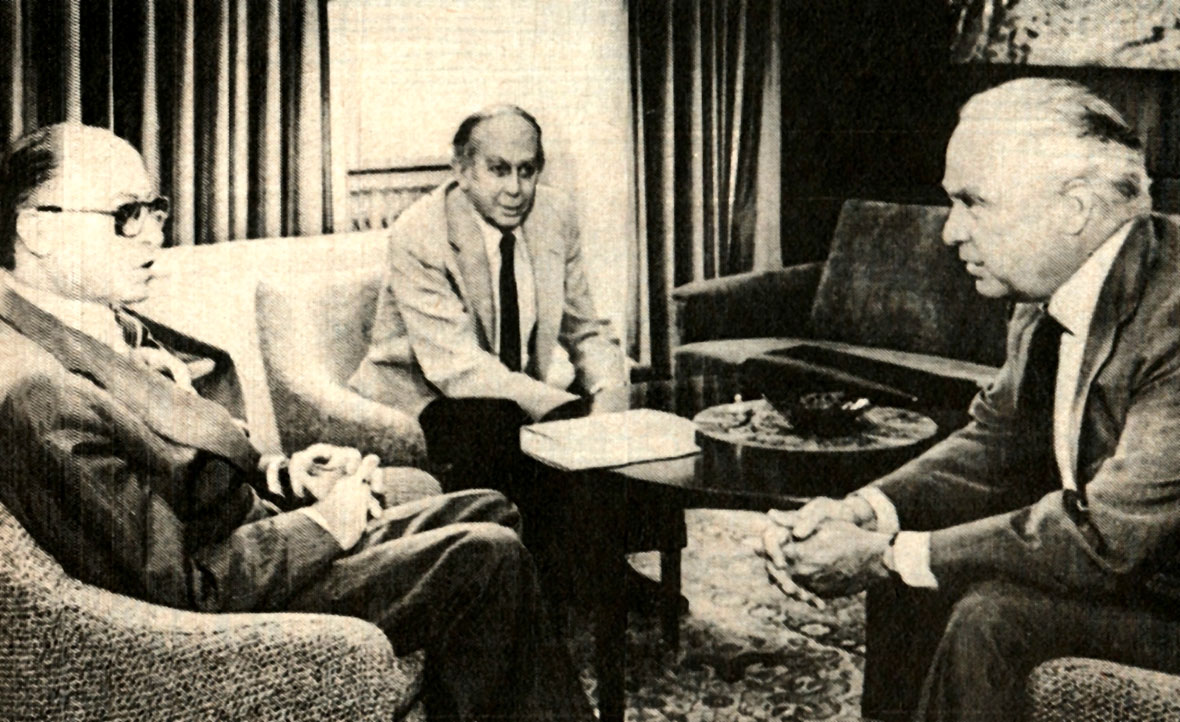 August 17, 1979 – a day of fence mending in the Middle East. Special Middle-East Envoy Robert Strauss flew to Israel and held an emergency meeting of reassurance with Israeli Prime Minister Menachem Begin as a way of smoothing over the potential kerfuffle caused by U.S. Ambassador to the UN Andrew Young’s alleged meeting with a PLO emissary and the fallout over rumors of a deteriorating relationship between Washington and Tel-Aviv. Although it was perceived for some time that there was tension between the Carter Administration and Israel and it was Strauss’s job to assure Israel there had been no change in foreign policy toward the Israelis. Strauss met with Begin for over two hours, trying to dissipate that tension.

Israeli officials indicated that Begin was ready to point out all the signs it saw as indicating a change in the U.S./Middle East policy, notably concern that Washington was working toward a dialog with the PLO. After meeting with Begin, Strauss said little about the lecture he presumably just received. Strauss offered just one example of the reassurance he had given Begin; the U.S. had no intention of changing or weakening the key United Nations resolution 242. Earlier, Strauss compared the disagreements between the U.S. and Israel as an argument within a family whose members still loved each other. Israel was trying to make sure that family relationship was like two brothers on an equal footing, rather than the United States acting as a father scolding Israel, the naughty child.

Former UN Ambassador Andrew Young, who tended his resignation earlier in the week, flew back to Washington for a previously scheduled political meeting with White House Chief of Staff Hamilton Jordan and several Black elected officials. Much of the meeting centered around the resignation of Young and how it would effect the Black community, especially since it would be election season soon (1980 was just around the corner). Young acknowledged that some Blacks were upset over what they considered his being pushed out of government. But he again denied that it was the case. Young made it clear that he was not taking the rap for anyone but himself.

And that’s a small slice of what went on, this August 17, 1979 as presented by The CBS World News Roundup.