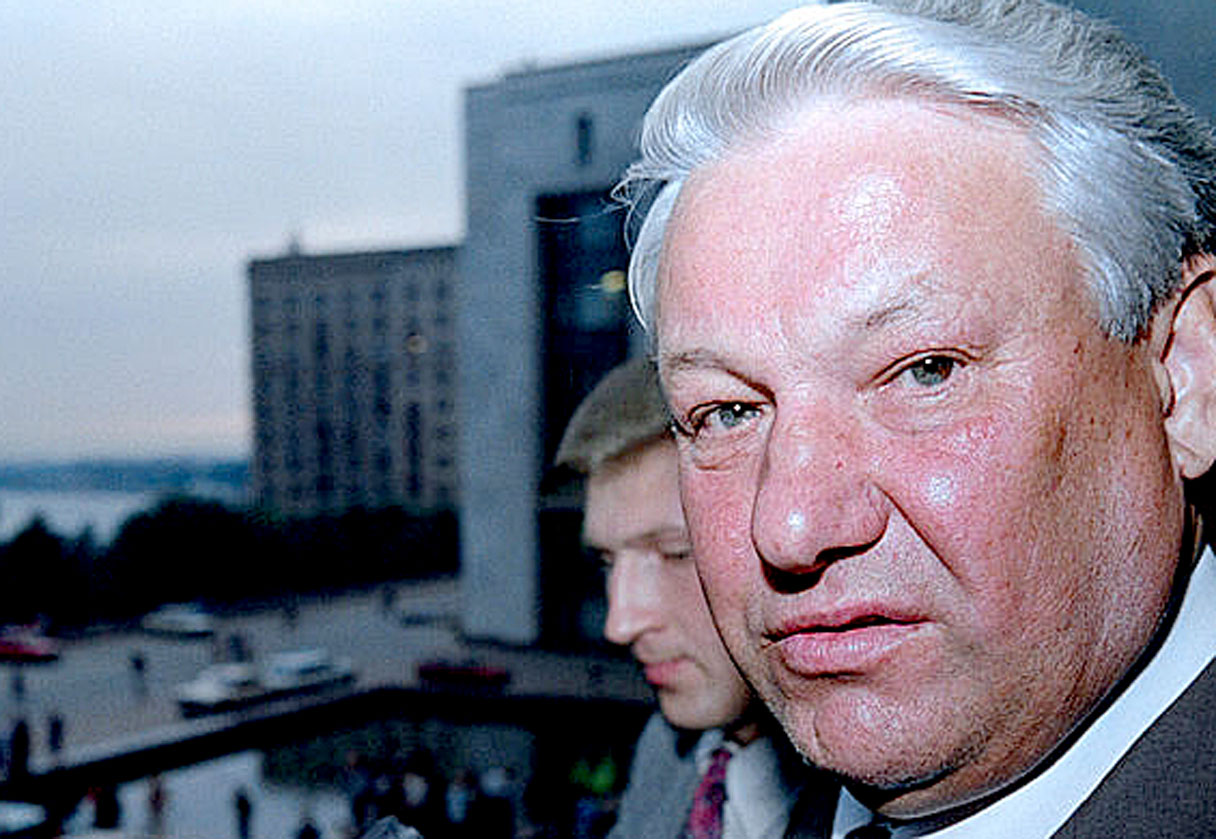 Boris Yeltsin - gambled on support of the Russian people - paid off, but there were moments . . . .

Boris Yeltsin – gambled on support of the Russian people – paid off, but there were moments . . . .

August 20, 1991 – The view from Moscow on this day was anything but settled. Russian Federation President Boris Yeltsin spearheaded protests and the backlash against the Coup takeover of the Moscow government. The coup installed a leader, but support was faltering, and even the Army were defecting in large numbers to oppose the takeover.

Yeltsin gambled on the hunch the Russian people weren’t about to take a coup lightly – not with the introduction of Perestroika and Glasnost along with a taste of openness and not by the dictates of totalitarian rule.

It was a gamble and it was paying off, but there were many hours to go and much in the way of potential complications which could have sunk the entire counter-coup. For the time, Yeltsin was at the forefront, urging the people of Moscow to take to the streets, resist the troops, who were faltering and the coup leaders, who were on shaky ground.

During the next few tense days, the world was slowly getting the picture – news was coming in and lines of communication were at least available. The world was starting to get the whole story and the fallout from the coup attempt was having repercussions everywhere, from Tokyo to Bosnia.

And during those hours of takeover and resistance, the BBC and most other world-wide news outlets were reporting the ongoing story as it was unfolding. Here is an excerpt from the full day of broadcasts via the BBC World Service, as they stayed with the story, reporting events as they were occurring. Certainly nail-biting times, particularly if you were living anywhere in Russia on this day, but listening (and watching) history unfold had everyone glued to their radios and TV‘s over this and the next several days as the coup slowly began its crumble.