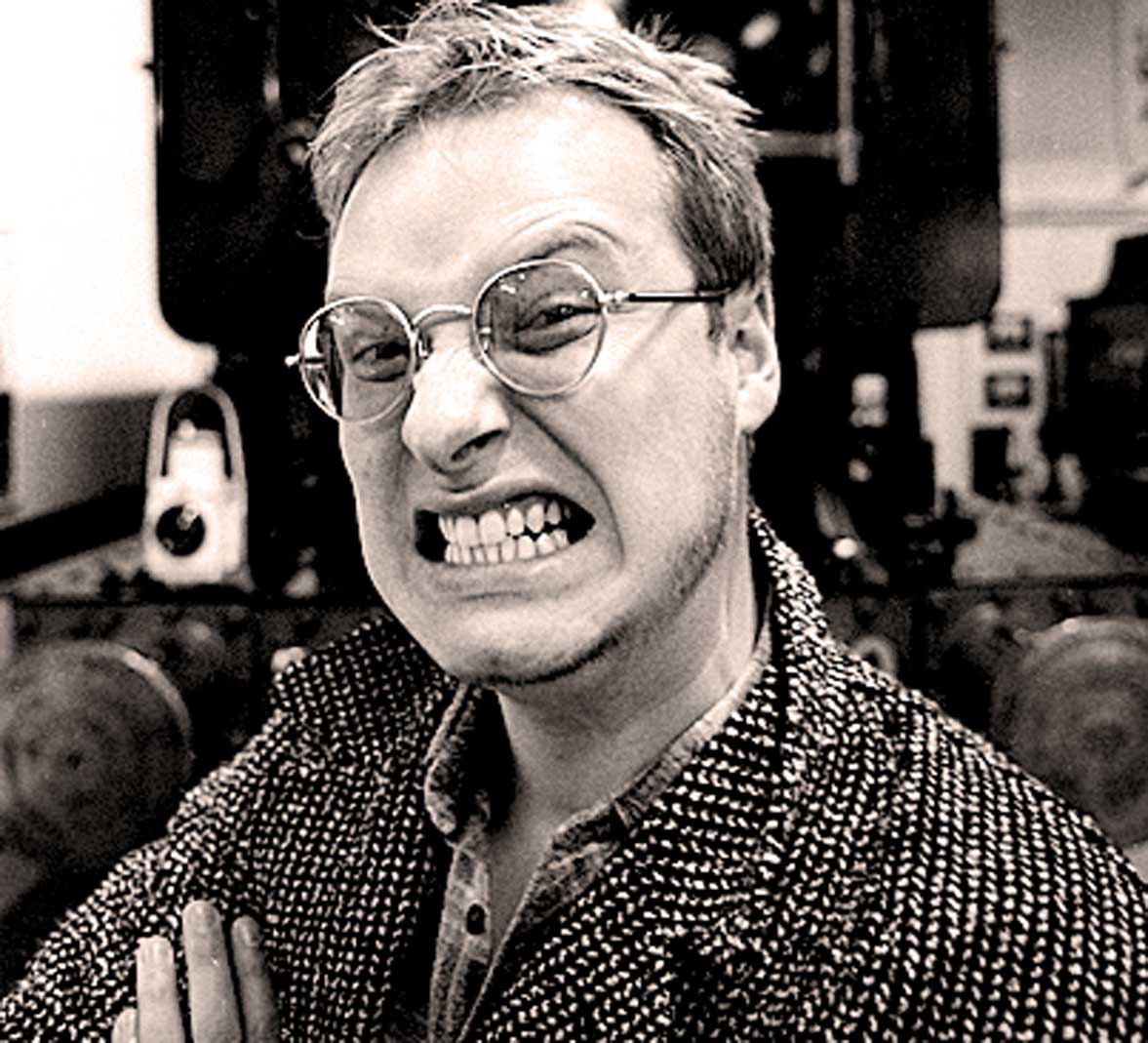 Andy Partridge - gleefully chatting about Nonsuch, which would be their last album delivered to Virgin Records.

Andy Partridge – gleefully chatting about Nonsuch, which would be their last album delivered to Virgin Records.

Andy Partridge talks about XTC, during a publicity session at Geffen Records on June 8, 1992. Partridge was in town (Los Angeles) to help promote Nonsuch, which would be their last album for Virgin Records (and subsequently for Geffen, their U.S. licensee). Although Partridge is enthusiastic, you can’t help but feel something was amiss during the course of the interview, where a few disparaging remarks are made about Virgin’s A&R department.

Although not one of the more successful XTC albums, certainly a far cry from their earlier work, and given a severe drubbing by critics, I think the trashing was a little excessive, as there are several gems to be found tucked into the grooves, owing to the keen and perceptive writing skills of Andy Partridge.

After leaving Virgin, they set up shop with Cooking Vinyl which released their last two albums in 1999. Although they had ceased touring in 1982, they were still actively recording, and in one case assumed the identities of fictitious alter-ego 60s band Dukes Of Stratosphear for two very memorable albums. And even though their hit singles comprised primarily of work done earlier on in the bands career,XTC had a marked influence on so many bands during the 80s and well into the 90s that they became something of a musician’s musicians band ever since.

This chat with Andy Partridge was originally done for a long defunct radio syndication firm, who used to regularly interview bands and artists during the late 70s up to early 90s and inject snippets into their weekly programs. Because the questions weren’t intended to be part of the aired interview, they are recorded off-mic – so it may take a little getting used to, figuring out the questions. But it’s a rare opportunity to hear one of the founders and guiding lights of one of the most influential and revered bands of the 80s. Luckily, XTC’s albums are still in print – and if you aren’t familiar with all their work, check them out – they have a lot to offer.

In the meantime, have a sit-down and a listen as Andy Partridge explains it all to you on June 8, 1992.