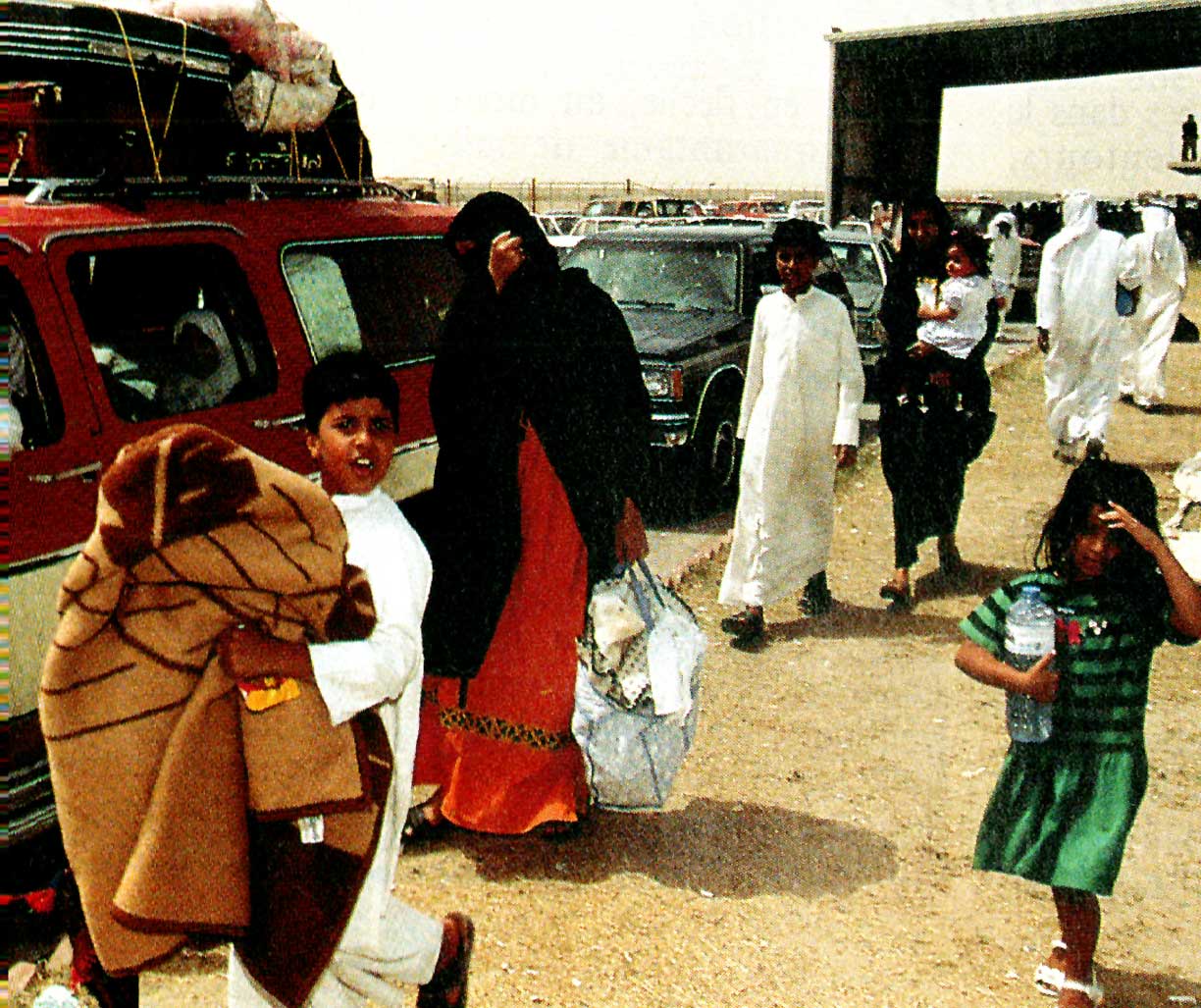 August 24, 1990 – News for this day continued with bulletins and updates. The Crisis in the Gulf was heating up by the hour. Embargo’s were in place and reserves were being called up in the U.S. – the “coalition Of The Willing” was assembling, and those who were able, were leaving Kuwait in droves.

The crisis for this day centered around more than 100 Americans being transported from Kuwait to Iraq, by police to become. The Iraqi authorities claimed it wasn’t a hostage situation, but The State Department had a different interpretation and tensions were mounting on the home front over loved ones stuck in an untenable situation. For the time being, the Americans were safe in the U.S. Embassy in Baghdad. Many speculated this was Iraq’s payback for the U.S. refusing to close its Embassy in Kuwait. The Embassy and several others had been surrounded by Iraqi soldiers and no one was getting in or out. But with Iraq refusing to allow the Americans to go, it prompted further outrage from The White House.

Further escalating the situation was also news from the White House that the Iraqis were reportedly still receiving shipments of Chemical warfare products and other military materials in violation of the UN Trade sanctions.

As a show of force, the U.S. battleship Wisconsin steamed into the Persian Gulf earlier this day, bringing a substantial amount of firepower into the Gulf with the addition of Cruise Missiles on board. Whether all that firepower was going to be used was up for speculation. From the ground, it was looking like the troop buildup was continuing, adding to fears that a war was going to break out at any moment.

And Austrian President Kurt Waldheim arrived in Jordan before going to Baghdad the following day to ask Saddam Hussein to release the Westerners held in Iraq and Kuwait.

All that, and a whole lot more for this tense August 24, 1990 as reported via CBS News Updates and CBS Hourly News.