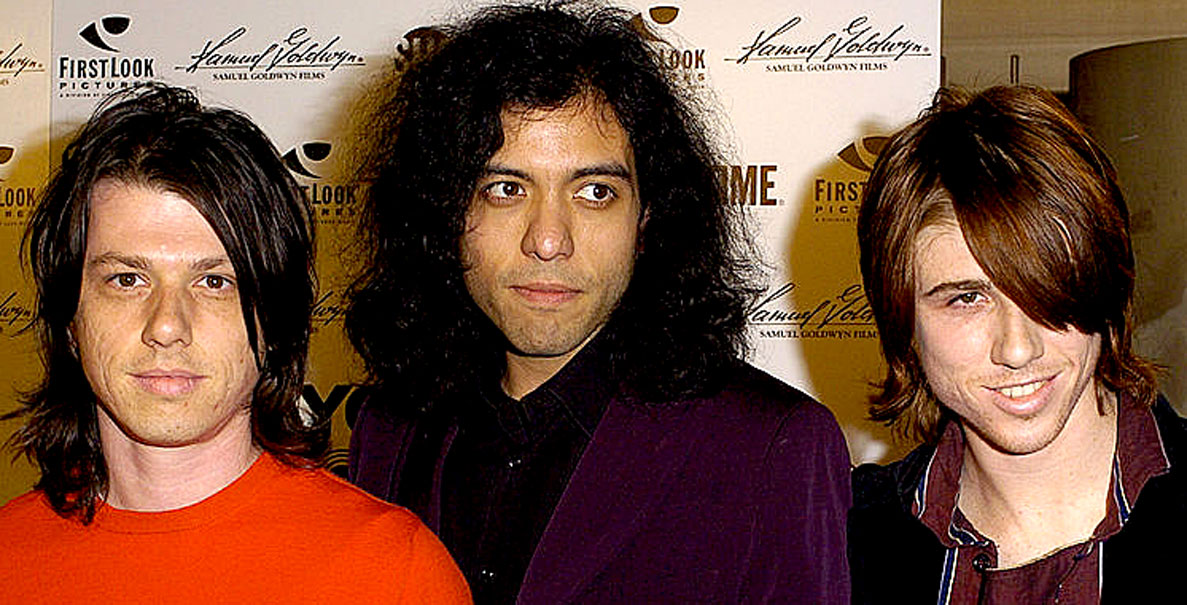 Critically acclaimed, and with a solid fan base, Secret Machines were active from 2000 until 2010. Although the band haven’t officially split up, they’ve remained on a long-term hiatus these past six years. And owing to the death in 2013 of founding member Benjamin Curtis, the future may seem a bit murky – even though Benjamin Curtis left the band in 2007, shortly after this Glasto appearance.

They’ve been compared to a number of bands, namely Procol Harum, U2 and Flaming Lips, but they had their own style – and sometimes making comparisons to other established bands can be a hinderance to a new band, trying to carve out their own path, and listening for the differences rather than the similarities can create a more satisfying experience than a desire to pigeon-hole yet another band on the way up.

With a lot of support, and notable fans, like David Bowie for one, they still weren’t able to sell in the numbers they needed to push themselves into the top. Despite a loyal fan base and positive reviews, it didn’t translate into sales. And despite a lot of touring and doing everything from Glasto to Morning Becomes Eclectic, they weren’t able to take it to the next level.

Which was a shame, as Secret Machines were a good band – a little weak on vocals in a live setting, they excelled in their instrumentation – and the sheer energy they conveyed more than made up for not always hitting the right vocal notes or getting right impact from lyrics.

But still – here is one of the rare recordings of Secret Machines in a concert setting – there is also an appearance at The Reading Festival the same year, as well as the aforementioned Morning Becomes Eclectic appearance, but I haven’t seen any others floating around. Check this one out and check out their recorded output as well if you aren’t already familiar.

And crank this one up too, while you’re at it.