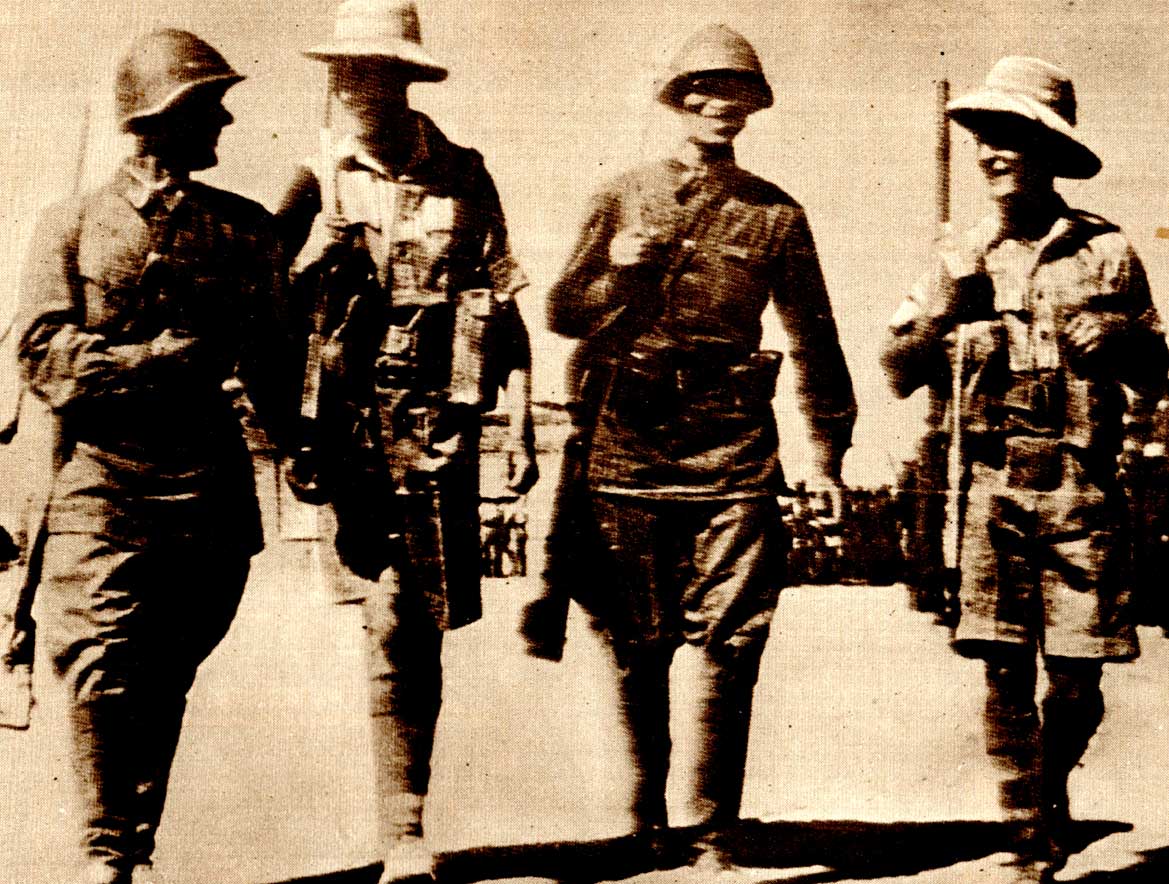 News for this August 25th, seventy-five years ago, was about the opening of a new front in this War. Now it was the Middle-East, with British and Russian troops moving into Iran, in answer to an influx of German agents who were flooding in and in danger of upsetting the flow of much needed oil to the Allies.

As of news time, there was no indication whether or not the Iranian Army was resisting the incursion – The Shah had given tacit approval for the Germans to set up shop in Iran, but once it was learned that the Germans were intending on invading Iran at some point, the Allies stepped in as a precaution. The British Foreign Office had given repeated warnings to the Shah that fostering a large German colony would be subject to Nazi Party orders – it was further disclosed that reliable information indicated Germans who were living in Iran before the war had been replaced by German agents, posing as foreign workers in a number of fields. The Foreign office went on to say that these agents, upon instructions from Berlin, would go about disrupting day to day activities in Iran, making it possible for a German takeover. After several attempts at making this position known to Tehran, the British abandoned diplomatic channels and, along with Russia, moved into Iran. Neighboring countries, Iraq, Turkey and Saudi Arabia were informed of the move and given the reasons why. Iran represented a crucial element in the pipeline for oil and supplies coming in via the Persian Gulf. The move was also intended to make sure German fifth columnists living in Tehran and in other key cities didn’t pose a danger to the Iraq oil fields as well as those in Iran. Without oil from these fields, the British middle-eastern Army and the Mediterranean fleet would be in an untenable position, and any destruction to those fields by German agents would have a crippling effect not only for Britain, but for Russia as well.

In other news, Germans were making gains in their invasion of Russia, and were slowly heading to Kiev. The German siege of Odessa was continuing and the German advance on Leningrad wasn’t mentioned in the Berlin dispatches.

And that’s just a small slice of news for this August 25, 1941 – as reported by News Of The World from the NBC Red Network.