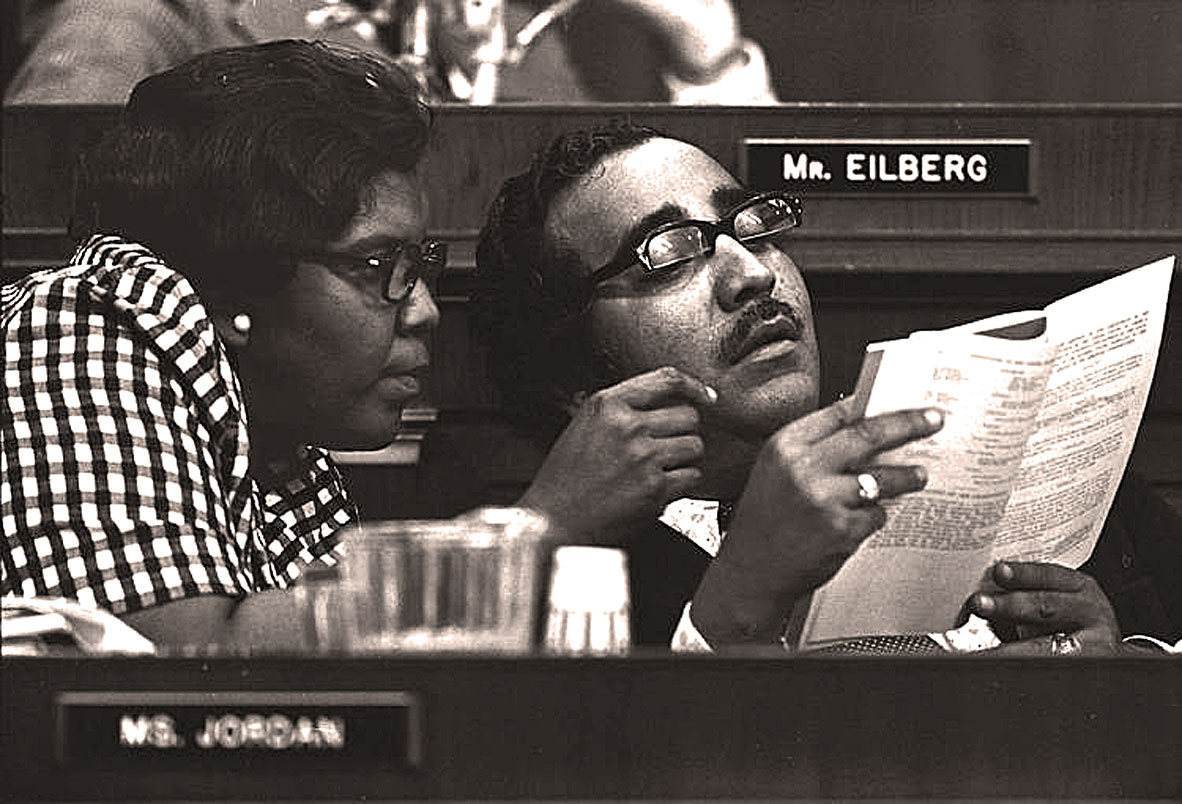 Watergate and the scandal overtaking the Nixon White House had dominated the news and preoccupied the thoughts of much of America. Ironically 1974, the year Watergate was heading to impeachment, was also 20 years since Brown vs. Board of Education began the Civil Rights movement in America. In the time since, had much changed? Was Watergate relevant within the Black Community? Were racial divisions in America still as prevalent as they were before 1954?

This episode of ABC’s Issues And Answers, which originally aired in May of 1974 features prominent members of the Congressional Black Caucus; Barbara Jordan, Charles Rangel and Andrew Young. Jordan, who was a prominent figure in the Civil Rights movement was also one of the most eloquent law makers of her generation, and delivered a stunning keynote address at the 1976 Democratic Convention. She was also the first African-American Woman to be elected to Congress from Texas.

Andrew Young too, was prominent in the Civil Rights Movement, having been a close associate of Rev. Martin Luther King. He would later serve as U.S. Ambassador to the United Nations during the Carter administration.

Charles Rangel was a founding member of the Congressional Black Caucus and is the longest serving member of Congress, having first been elected from New York in 1971, succeeding another prominent figure in the Black Community, Adam Clayton Powell.

So these three had more than a few experiences between them regarding the state of race relations in America – and knew a thing or two about how the Black Community felt over the trials and travails of the Nixon White during the Watergate period.

20 years since Brown v. Board of Education and a decades long struggle for Civil Rights – the notion that not a lot had changed under the surface was made glowingly apparent during this interview. And some 42 years later is even more striking.

So as a reminder that some things are hard-pressed to change – and that all it sometimes takes is a few poorly chosen words and a few sanctioned actions and progress goes back to Square One.