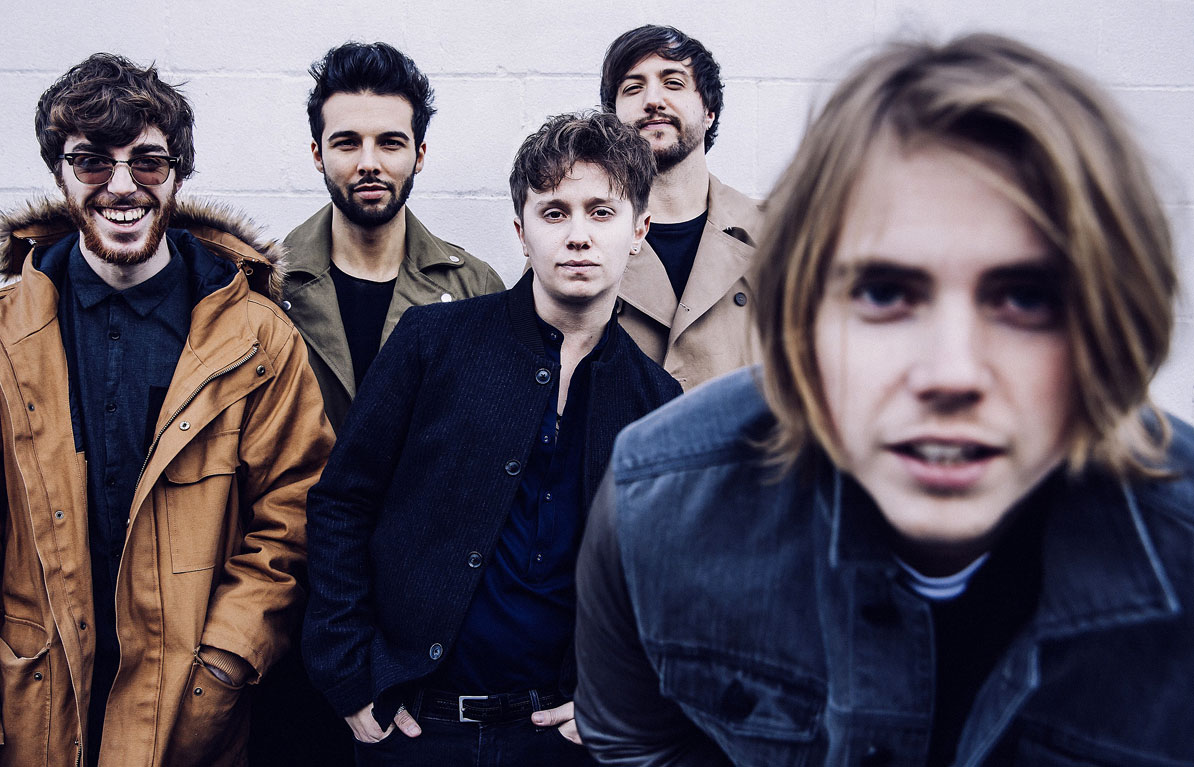 Nothing But Thieves - Ripping up the stage at Reading during the final stretch of Summer Festival season.

Nothing But Thieves – Live At Reading/Leeds 2016 – Past Daily Soundbooth

Nothing But Thieves – Ripping up the stage at Reading, during the final stretch of Summer Festival season.

Nothing But Thieves – in concert at Reading/Leeds 2016. Heading into the home stretch for Summer Festival season, Nothing But Thieves kept the audience suitably wired, on this first day of the weekend festival – recorded only hours ago by the venerable BBC Radio 1.

If there is one thing Technology has been a huge blessing over, it’s live Streaming. The fact that you can now (which you couldn’t do even ten years ago) take part in just about any festival going on around the world, as its happening – right there; live is huge.

And since festivals have become the most successful means of cramming a lot of bands together in one place at one time, the ability to get a preview of who you might be catching in the coming weeks and months, just adds to the experience. And even if you attend, and don’t have the chance of seeing all the bands you want to see – the idea that you can pick up where you left off by way of Streams on Demand makes it a plus for fans.

Nothing But Thieves haven’t been around that long – forming in 2012 and signing to RCA in 2014, with their debut album released only last October. So they are right in the middle of getting their fanbase together. Already getting enthusiastic responses from critics – being the source of accolades from BBC Radio 1, via Hottest Record and Track Of The Day features – the band have been getting good notices.

This gig at Reading/Leeds gives some idea of how the slog is doing – the audience loved them. And clearly they are in their formative period, so the songs are fresh and the audience is hearing much of it for the first time. The band-audience interaction is honest and heartfelt.

I do hear complaints, here and there, regarding the current state of Festivals – how the sheer numbers of bands performing at the same time make seeing everything you plunked your $150.00 + down on not always possible. And there is the sometimes unwanted mix of EDM and Rock – two audiences who, on occasion have little in common with each other. And as it’s always been – going back to the days of Woodstock – there are people who are into the music and people who are into the scene. But the bottom line – a lot of people are getting turned on to bands and genres they normally wouldn’t hear, and in doing so, are getting musical educations they wouldn’t normally get.

So, for all the rain and mud and discomfort and loud, obnoxious people sitting next to you, it’s an experience that will only continue over the years, and get refined and more eclectic – and your record collection will thank you for it.

Here, from the first day of Reading/Leeds is a set by Anything But Thieves – a band you will be hearing more about in the coming months. Play loud.