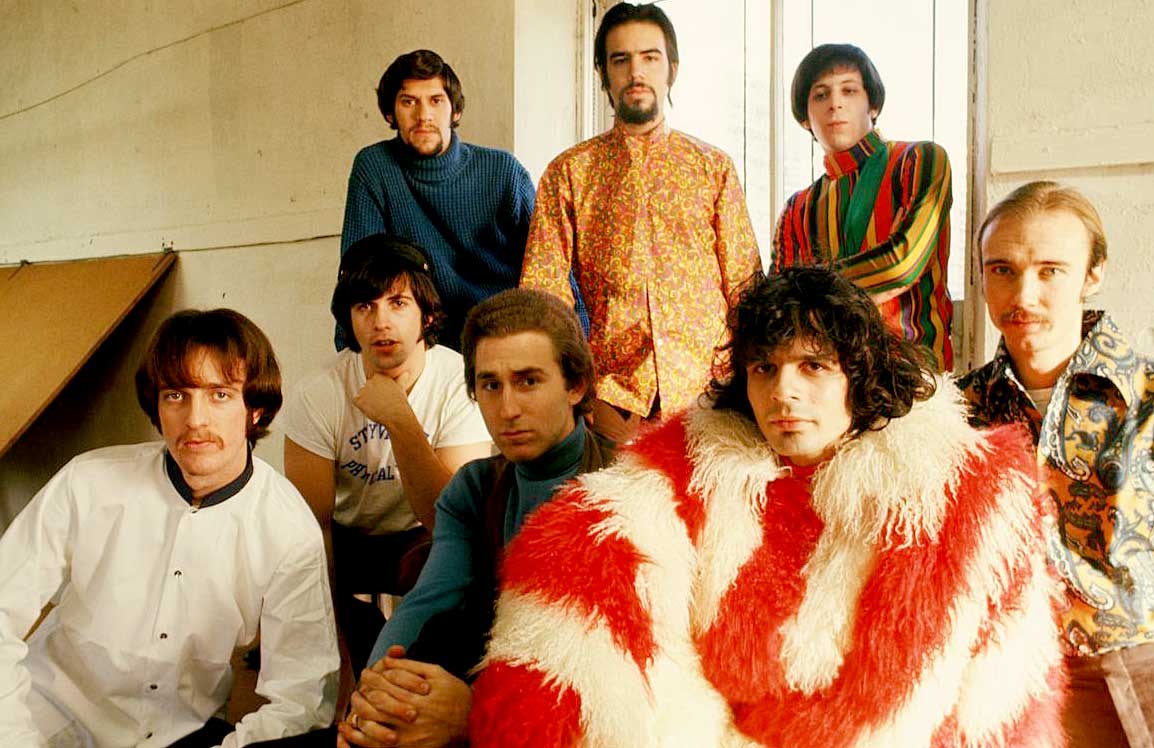 For those of you who became familiar with Blood, Sweat & Tears as a sort of soft-pop/quasi-mainstream band featuring the voice of David Clayton-Thomas in the 1970s, you may have missed this earlier incarnation.

Before they became a staple in the diet of mainstream pop, they were an experimental band, looking for a mashup between Big Band Blues (a-la Bobby “Blue” Bland), Third Stream and Rock (in the manner of The Blues Project, the band Al Kooper was in prior to starting this one). This was the brainchild of Al Kooper and fellow Blues Project alumnus Steve Katz. It would serve the basis for what eventually became Jazz-Rock, and their debut album Child Is Father To The Man became one of the classic albums of the late 1960s. But sadly, the Kooper era wasn’t to last long – Kooper left the band later in 1968, along with 2nd Trumpet Randy Brecker and 1st trumpet Jerry Weiss.

That left Katz to carry on with the remaining original members, and that’s when the direction changed. Recruiting singer David-Clayton Thomas on the advice of Folk singer Judy Collins. The band dropped its harder edge – and in doing so became more accessibe to the mainstream. The result was a commercially successful band for many years to come.

But this weekend it’s not that later version of Blood, Sweat & Tears I’m focusing on, rather the earlier incarnation – the one not many people have heard in a live concert setting.

This tape comes from a club gig during their first tour, some two weeks after their debut album was released. It comes via The Psychedelic Supermarket in Boston and was recorded on February 23, 1968. It’s considered the only known live performance of the Kooper-era BS&T and was long-considered not to have existed at all. Even Al Kooper wasn’t aware of its existence until recently. Who recorded it is anyone’s guess – sadly, it’s not a soundboard recording, but rather a well-recorded audience tape, which leads me to suspect it was made by a tape enthusiast who also happened to be either in Promotion or Artist Relations at Columbia Records – it sounds too good for a kid sneaking a tape recorder into the club and hiding a microphone up his shirt-sleeve.

But the historic significance of this recording can’t be stressed enough. This is Blood, Sweat & Tears during their initial inception, when they were looking to break new ground and do new things. One wonders what would have happened had Al Kooper remained with the band, or if they had indeed recruited Alex Chilton, who had just left The Box Tops, or Laura Nyro as it was reported. But suffice to say, if Kooper remained there was no telling what direction they would have taken.At the time, they were trying something new, it was a big step and it would have positive repercussions.

You get to hear those initial steps, maybe for the very first time.

As a bonus, there is an interview, conducted by bass player Jim Fielder after their first set. It’s a little off-the-wall in places – but weren’t we all at the time? Good historic material.