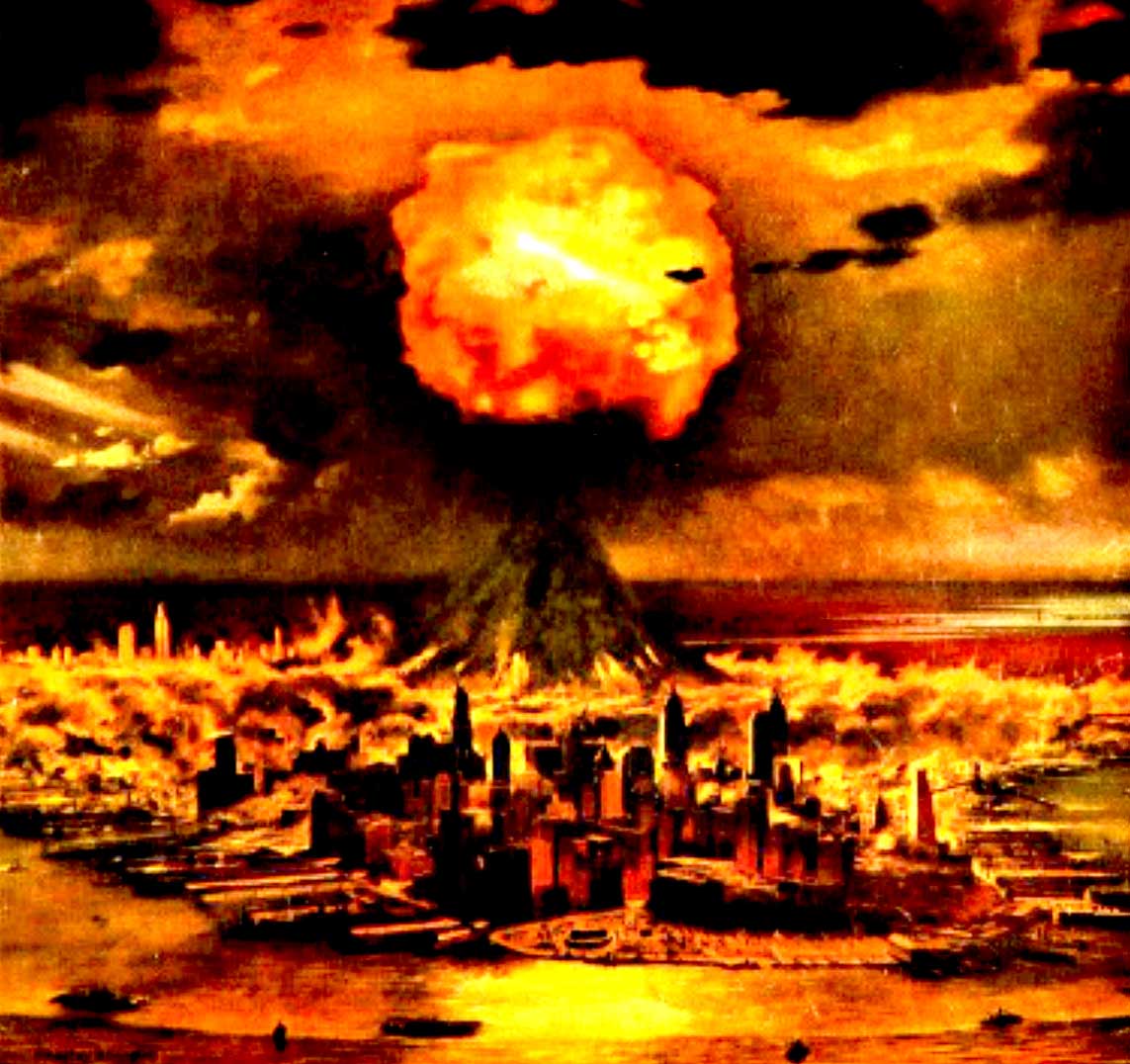 The hypothetical Atomic Bombing of New York - the mere mention of the A-Bomb and blood ran stone cold.

The hypothetical Atomic Bombing attack on New York city – the mere mention of The Bomb and blood ran stone cold.

Bomb Target: U.S.A. was a documentary special broadcast by CBS radio in March of 1953. The intended purpose was to expose our vulnerabilities and to scare the living crap out of us, all at the same time.

With the Red Scare going full-blast through most communities in America, and threatened confrontations spreading throughout Europe, along with the extra added bonus of Russia having the Atomic Bomb, it all made perfect sense that an atomic attack on a major city in the U.S. would become a distinct possibility.

And the fear brought on by the McCarthy era – distrust of people perceived as “different” and the almost daily revelations of Communist spies alleged to be infiltrating our government turned a fearful society into a paranoid one.

It all made for great publicity and fodder for a flood of “what ifs” in everything from movies, novels, documentaries and comic books. It made for a nation of people on the edge. It created a society now relying on military strength in order to insure peace of mind.

Narrated by Arthur Godfrey, who during the early 1950s was a household name and trusted voice of the airwaves. His daily radio and TV programs were the hallmark of folksy geniality and homespun humor – he was looked on as a symbol of upright American values and pursuits. So when he warned that America was vulnerable to an Atomic attack – America listened.

The gist of this documentary was a “what if”; a fleet of some 200 Soviet bombers, equipped with nuclear weapons, eluded radar detection and headed for all the major cities in America, with the sole intention of destroying everything. Originating from somewhere near the North Pole, and fanning out over the U.S. to intended targets – all synchronized to drop their deadly payloads at the same time – to destroy New York, Chicago, Los Angeles and points up and down each coast – and strategic destinations in the middle of the U.S.

All during the broadcast, interviews with key figures in Civil Defense and the Military give a sense of how little we’re prepared for such an eventuality and stressing it’s only a “what if”. But it’s enough to stir up the feelings of fear and helplessness – the two emotions so skillfully used in our advertising and politics.

And even though it was only an example of “what could happen” – it was part of an all-encompassing wave of distrust and anxiety so prevalent in the 1950s. One that, because it’s such a tried-and-true method of manipulation, is still used today.