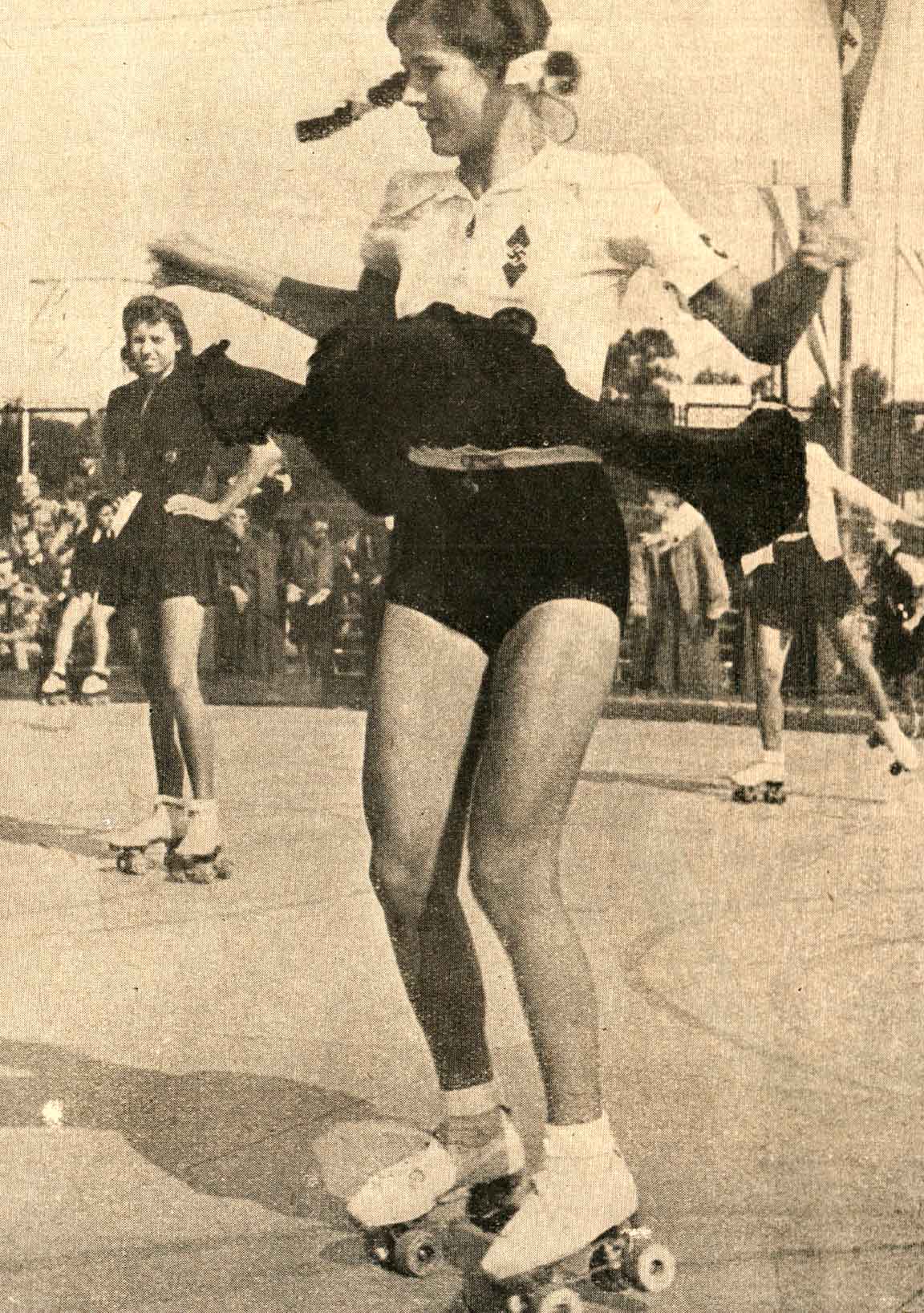 Roller Skating in Berlin - in September 1940, appearances were everything - and so was pretending.

Roller Skating in Berlin – in September 1940, appearances were everything – and so was pretending.

September 2, 1940, as reported from Berlin. The first full year of war, and a heavily censored newscast by Chicago Tribune and Mutual Broadcasting correspondent Sigrid Schultz.

As in all wars, each side does their best to portray themselves as, not only the winning side, but the side that escapes the most damage. With the war grinding on, with newsreels and reports of the Blitzkrieg bombings on London, it was hard to portray Britain as not feeling the damages of war so much. However, the Germans were also feeling the affects of raids by British planes over Berlin. The Capitol City of the 3rd Reich wasn’t immune to air raids. But the German press and media took great pains not to show it. Instead, they went out of their way to portray their Luftwaffe pilots as a happy and invincible bunch – and its citizenry as carefree and having peaceful, happy lives. And, as Schultz explains, any references anyone made to anyone but family about nightly raids over Berlin was met with disdain and suspicion. Berlin, as many felt in Germany, was simply impregnable.

But even with censorship, Sigrid Schultz was able to convey the message that Britain was getting a few choice licks in, and that Berlin was feeling the damage, despite messages to the contrary. Berliners were taking to nightly travels to air raid shelters and the numbers were increasing. Those who lived on the top floors of apartment buildings were packing up their best clothes and either moving them to the basement or with friends living on the ground floor.

The air raids were still a novelty to Berliners – with many crowding around cordoned off areas to get a look at what was damaged and police assuring the onlookers that nothing had happened. Even the Berlin newspapers published stories of “unsuccessful attempts” at bombing Berlin, but were driven off by anti-aircraft fire. And so the stories and the spin and the propaganda continued.

All of that reported by Sigrid Schultz on September 2, 1940.