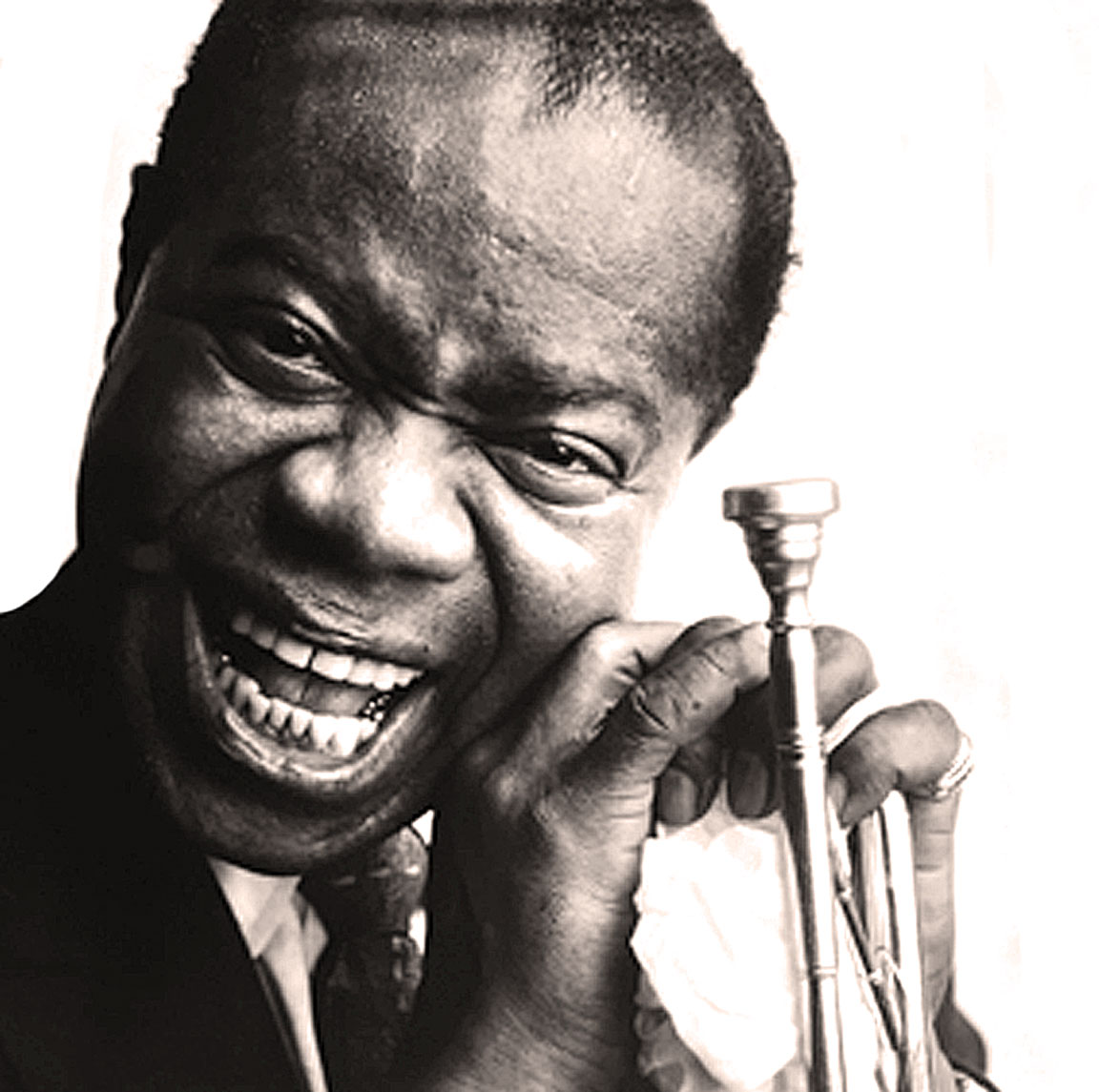 Louis Armstrong, in one of the many War Effort programs he did during World War 2. A frequent guest on jubilee all through the War years, Armstrong was a heavy favorite among the troops. Jubilee was a program, originally run briefly on CBS Radio in the late 1930s and known as Blueberry Hill, it was billed as the first “All-Negro” program of its kind. Jubilee was the showcase for a number of artists prominent with Black audiences, but who were making forays into the White mainstream audience. Among them were Red Callender, The Charioteers, Erskine Hawkins and many others. In some cases, this was the first time many of these acts were heard by some White audiences – remember, it was during a time when even Phonograph records were segregated – Race Records? Every major U.S. label seemed to have a subsidiary catering to Black audiences in their catalogs – and very few Black artists made the transition over from Race to Mainstream.

So this half-hour program wound up becoming a staple in the diet of the fledgling Armed Forces Radio Service, and the popularity of the program was huge and contributed greatly to the morale of the troops fighting overseas.

This program, was recorded at NBC Radio Studios in Hollywood and issued on May 24, 1943 – a lot of bases are covered in a half hour, with Red Callender joining, as well as vocalists Teresa Harris and Sonny Woods with Master of Ceremonies Ernie “bubbles: Whitman keeping things rolling.

If it wasn’t for programs like this, with its wide appeal and groundbreaking efforts in the area of breaking through racial barriers, it would be hard to imagine where the evolution of Jazz would be. Certainly, those in “the know” were well aware of what was going on and knew where to find the latest innovations and ideas. But it was that across-the-board appeal that got so many people interested who would not otherwise be aware of what was going on. Music was, and is, the great unifier – but the problem is sometimes where to find it. It wasn’t so easy in 1943. We take it for granted now.

In and out of uniform, this is what much of the Youth of America was listening to and discovering, some 73 years ago. With a war going on, no less.