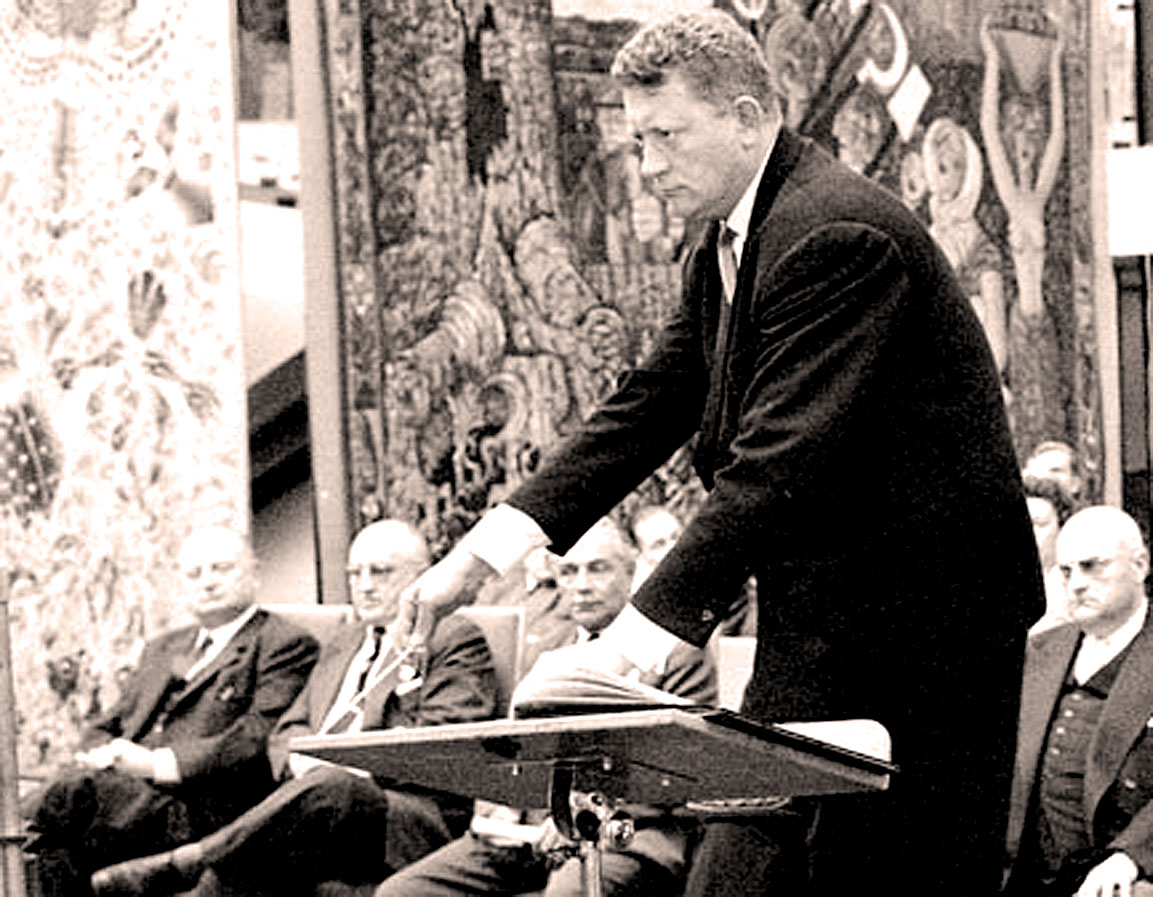 Pierre-Michel LeConte - one of the mainstays in French musical life post-World War 2.

Pierre-Michel LeConte – one of the mainstays of French musical life post-World War 2.

If you’re a record collector, particularly of early lps, the name Pierre-Michel LeConte is most likely familiar to you. During that period of transition in the late 1940s to the early 1950s, from 78s to what was the revolutionary Long Playing album, LeConte was the mainstay with many of the startup record companies during that time. Labels like Concert Hall Society and Ducretet-Thomson, and many others who flooded the market in Europe with low-budget recordings of celebrated works, as well as operas with lesser-known (at the time) casts, relied on conductors like Pierre-Michel LeConte to bring authoritative interpretations at a bargain price. In short; value for money.

But the recordings revealed something – Pierre-Michel LeConte was an extraordinary conductor, who was often heard over the ORTF in Paris, usually leading the French National Orchestra. He was also highly respected and was frequently at the helm of many world premiers.

So this radio-studio performance is one of the many LeConte did during his tenure with the ORTF (Radio France today). The Bizet Symphony in C major is no stranger to listeners, and it has won a place in the meat-and-potatoes category of often-performed concert pieces.

This one dates from approximately 1949. The strange part is that it only features three of the four movements of the symphony. Time constraints, very possibly. But looking through my files and digging through other transcriptions from the period yield only the information that the last movement wasn’t broadcast. So there.

But whatever the reason, this performance of the Bizet Symphony is worth a listen, if for nothing else but to hear what French orchestras were up to in the years following the end of World War 2. French orchestras sounded different – and weren’t for all tastes. Gramophone Magazine, during those years was often critical of the sound emanating from the Paris Conservatory and the FNO as well as the Opera-Comique bands. Everyone is entitled to their tastes as well as their preferences, and that’s what makes listening to historic performances a rewarding and sometimes adventurous experience.

The sound (physical, not orchestral) is a little rough in spots – due mainly to the conditions these discs were stored in – not the best. But it’s a performance by a notable ensemble led by a talented and somewhat underrated conductor.