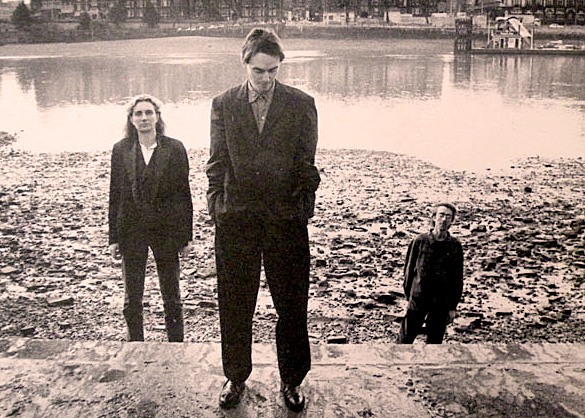 The Lilac Time – In Session 1988 – Past Daily Soundbooth

Formed in 1986, The Lilac Time consists of permanent mainstays, Stephen and Nick Duffy. And even though Stephen Duffy has a solo career of his own, The Lilac Time are still very much together and recording.

And in 30 years, since their inception, they’ve recorded quite a bit – at last count, some 24 albums (several of them are different versions of the same album, but released in various countries with different or additional tracks), 17 singles and five compilation albums.

They’ve been on several labels over the years – I first heard about them via their early Fontana period and was impressed with their focus on Folk-Rock and Pop, while keeping a firm foot in Alternative. But because they’ve had so many different lineups, with band members coming and going on a regular basis, much of their sound keeps changing.

But tonight’s session puts the band right in the middle of their Fontana period, when they were busy promoting their same-titled debut for them in 1988 (they had an earlier “first” album, issued by Swordfish Records as a limited release in 1987). The album was critically acclaimed and all indications were the Duffy brothers were on to great things.

Even though they haven’t quite achieved that level of success that was predicted by the Press in 1988, they still have much going on, and this session is a reminder of how the band were in the formative period.

If you’re not familiar with The Lilac Time, you have an opportunity to check them out via this session for the BBC. But I would strongly suggest you continue your discovery of the band by picking up their earlier work and listening to what they’re up to now.

If you are familiar with them, you know what I’m talking about, and it’s preaching to the choir anyway.

So crank it up and enjoy taking time off on Monday (holiday, you know).