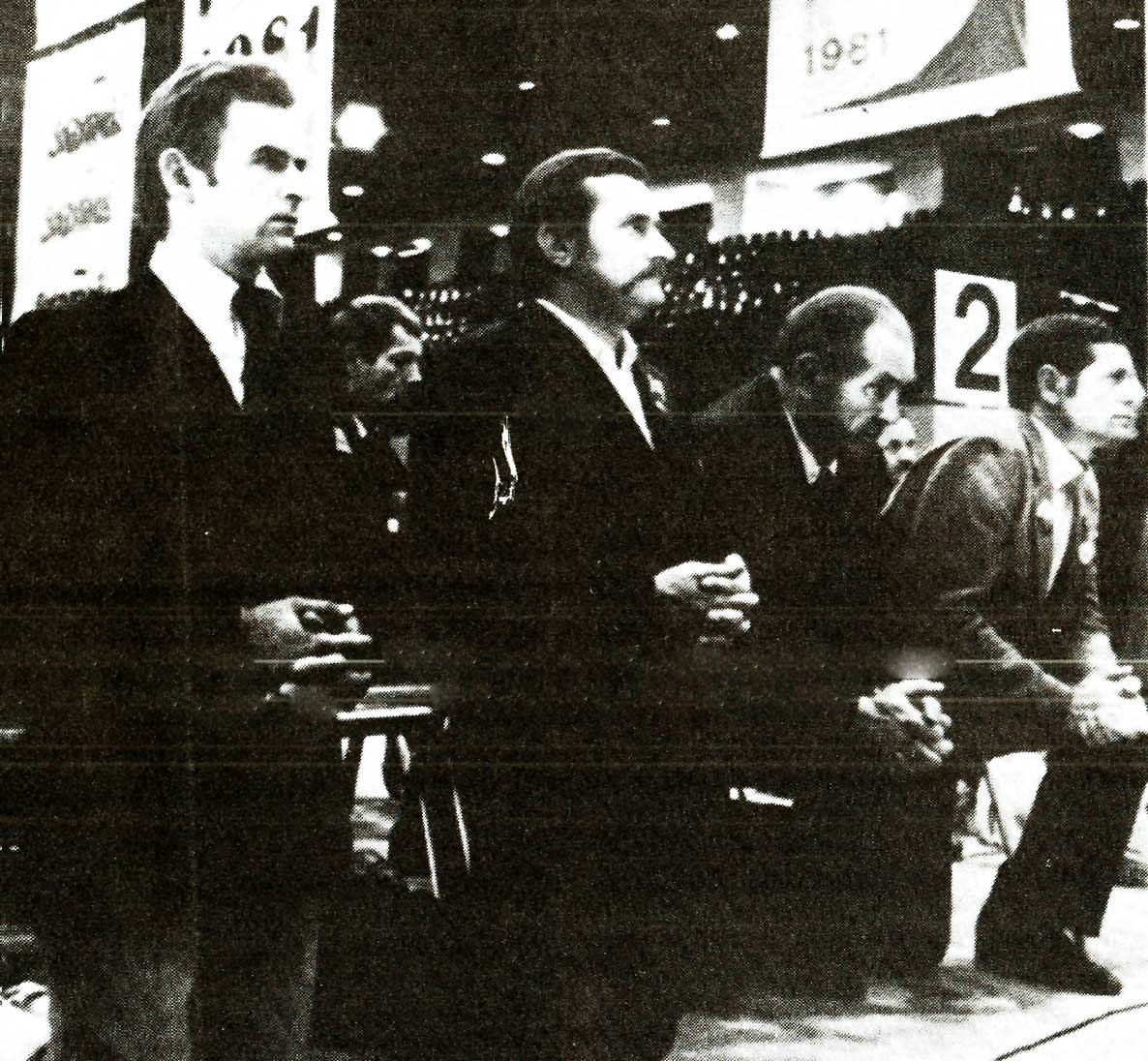 News from Gdansk today, as the Solidarity labor Movement held its first Congress in Gdansk, while the Soviet Union was staging military maneuvers nearby. It was a bold and defiant move on the parts of the Movement leaders. Close to 900 delegates, each of them representing 10,000 workers gathered for the opening session in a Sports Arena, festooned with huge banners proclaiming the Workers Struggle For Democracy. It wasn’t quite certain how the message was going to be gotten to the Polish people, that the wrangle between the Union and the Government remained unresolved. As a result, Solidarity banned all representative of Government newspapers and broadcast services from the assembly. Soviet Military maneuvers just outside the Polish border and attacks on the movement in the pro-Soviet press seemed not to intimidate delegates, but rather made them angry. If anything, it has made the job of Solidarity leader Lech Walesa more difficult. His first series of meetings was designed to reform the internal structure of the union, with the view of curbing some of the more extreme elements, whose independent actions were thought to work against the common goal. Meanwhile, the Soviet War games across the Polish border were in their second day. Depictions on TV and in newspapers of the Soviets most modern weapons amassed on the border indicated it was a yearly event, but also served as a warning to Polish activists.

On the subject of Modern Soviet Weaponry, two U.S. Senators; Cranston of California and Mathais of Maryland, visiting Moscow for talks on Arms Limitation, reported they had found no cause for optimism for those talks. The Senators, both members of the Senate Foreign Relations Committee, held 25 hours of meetings with Soviet Officials during their week-long visit. Declining to go into details, they did indicate they had a two hour session with Foreign Minister Andre Gromyko and came away with seeing eye-to-eye on the need to avert a nuclear war, but little else.

And there were bomb blasts going off in Tehran today, targeting members of the Revolutionary Council, including the Prosecutor General who were responsible for bringing hundreds of dissidents to trial and sentencing them to firing squads. Aside from killing the Prosecutor, several other high officials from the Council were in the room where the blast occurred and were purported to also be dead. This latest attack came just six days after another bombing took the lives of the Prime Minister and the President of Iran, and it proved again that anti-government guerrillas were able to penetrate tight security. It was also reported that another blast had taken the life of Tehran’s Police Chief.

And that’s a small slice of what went on, this September 5th 1981, as reported by The CBS World News Roundup.