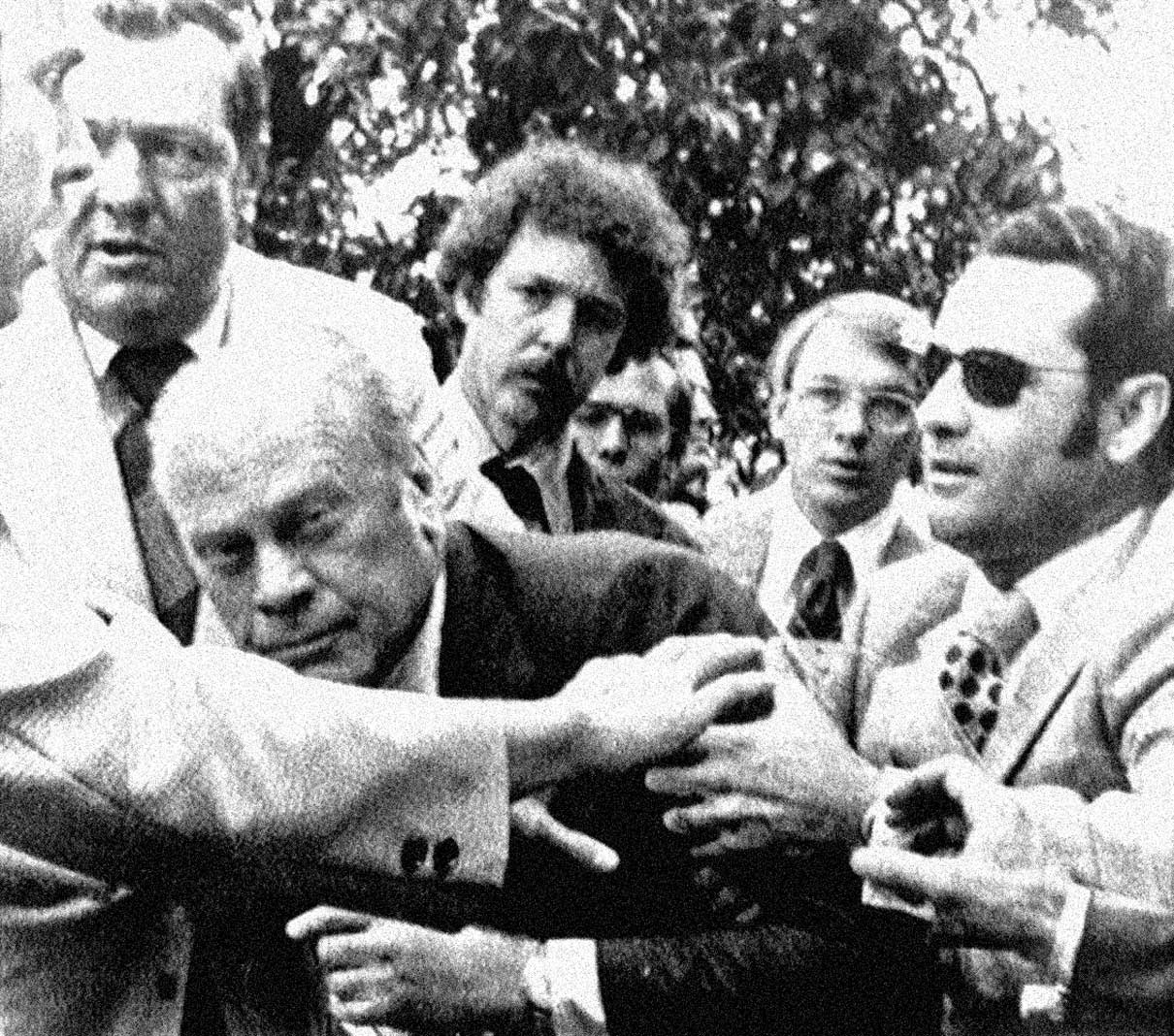 President Ford - What would be two attempts in one month - and in California, no less.

President Ford – What would be two attempts in one month – and in California, no less.

The week of September 6th in 1975 was an odd one. It ended with an attempted assassination of President Ford during his visit to Sacramento, California. The perpetrator was revealed to be former Charles Manson follower Lynette ‘Squeaky Fromme“, who was tackled by Secret Service when she pulled a gun on Ford as he was shaking hands with constituents. Heard yelling “He is not a Public Servant!” and “It didn’t go off!” as she was dragged away, Fromme was arrested on suspicion of attempting to assassinate the President. Ford was hustled off to safety, unhurt. He later held a Press Conference where he assured everyone that the incident was not going to prevent him from going among the American people to press flesh and he had no intention of cutting down on public appearances.

Little did anyone know at the time, but this would be the first of two assassination attempts on the President during the month of September – and both in California, no less.

Meanwhile, all Price Controls on oil were off, the result of the expiration at midnight earlier in the week of the old Price Controls law – and the Oil Companies themselves were unsure what it all meant. They were holding the line for now, waiting for either an extension or conservation plan to replace sudden de-control.

In the Middle-East; Israel and Egypt initialed the Sinai Accord, and President Ford telephone the Israeli and Egyptian leaders as well as Secretary of State Kissinger to offer his congratulations. And then Ford began the job of selling to Congress the American commitments which made the agreement possible; the promise of close to $3 billion in the coming year in aid coming to Israel and Egypt, as well as the critical plan to station 100 to 150 civilian American technicians in the Sinai passes.

But it was the end of a month-long vacation for Congress, and they started the new session by hitting the ground running, with the question of Oil price Controls and the Sinai Accords taking center stage. A lot of wrangling and arm-twisting was in store.

And so when the week, ending this September 6, 1975 as reported by Neil Strawser and The Washington Week for CBS Radio.