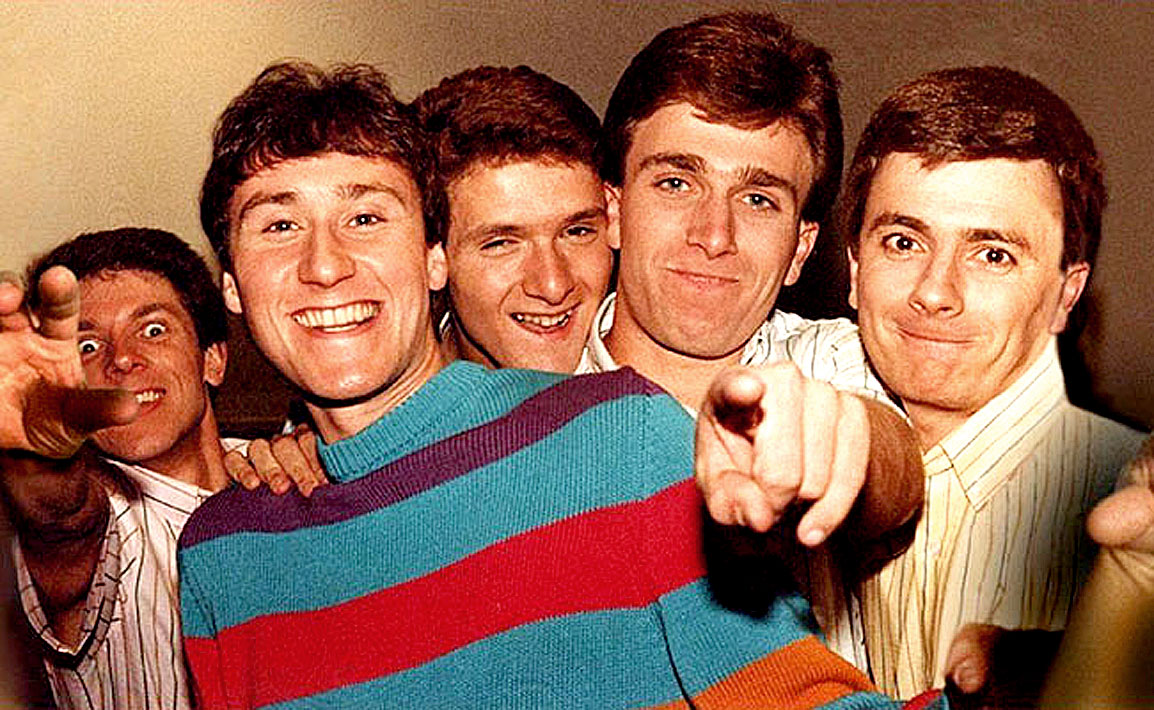 The Truth - riding on the wave of Mod-Revival and following in the footsteps of Style Council Soul.

The Truth – In Concert 1984 – Past Daily Soundbooth

The Truth – riding on the wave of Mod-Revival and following in the footsteps of Style Council Soul.

Back to the 80s with a set by The Truth, live at The Golddiggers in Chippenham in 1984 and recorded for posterity by BBC Radio for their In Concert series. Best described as part of the Mod-revival in the mid-1980s, they followed in the footsteps of the blue-eyed Soul tradition laid down by The Style Council. The Truth were also an outgrowth of another Soul-influenced band Nine Below Zero, whom lead singer Dennis Greaves was initially a founding member. During the later part of their tenure they were more popular in the U.S. than in their native UK, where their second album Weapons Of Love, from which the title track was released as a single, hit # 65 on the Billboard charts. They did score several hits in the UK, prior to the release of their debut album, but popularity waned by the time the follow-up was issued, in contrast to their increase in popularity on the other side of the Atlantic. They released their final album, Jump, before calling it a day in 1989.

Together from 1982 and disbanding in 1989 – The Truth reformed again in 2012, for occasional gigs and recording. This concert,from 1984 puts them just around the time of the release of their debut album, Playground.

It’s natural to draw similarities between The Truth and The Style Council. Instrumentation and approach are pretty much the same and the vibe is almost identical in parts. And truths to tell, singer Dennis Greaves’ voice does bear a striking resemblance to Paul Weller in places. They did switch directions by the time their follow-up album came out and this may or may not have contributed to their popularity in the U.S.

In any event, here is a concert from The Truth as they were riding a wave of popularity brought on by the resurrection of the Mods. Check it out, play it loud and figure out if you remember them.