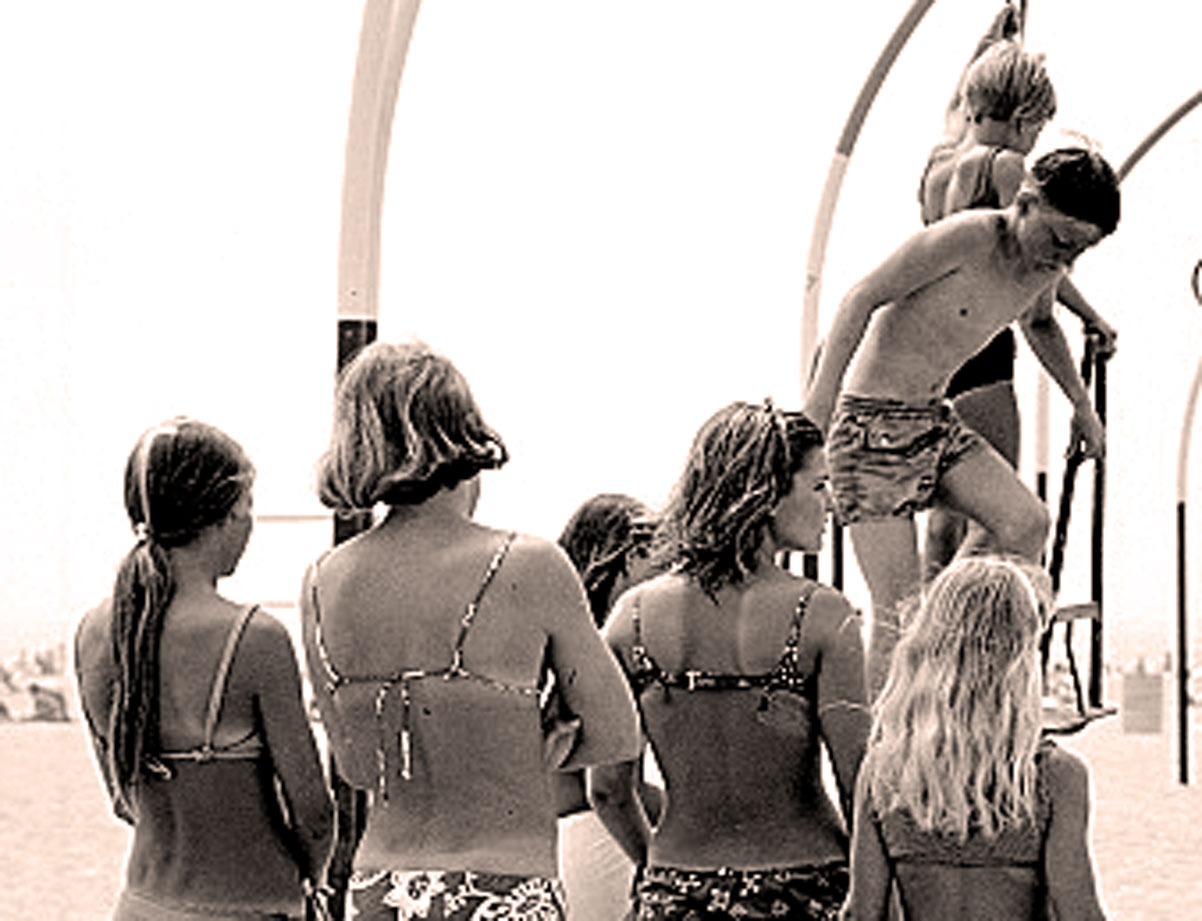 It’s August 14, 1969 – in a few weeks school will be starting. Summer will be over – well . . . until the Santa Ana winds start blowing in October, and then it’s Summer all over again. But for now, it’s getting the last days of beach in.

August 1969 meant a lot of different things to a lot of different people – some were nervously waiting for what would be the start of a new school year in a new school; that transition from Junior High (what is now known as Middle School) to High School. Others, who were part of that enormous graduating class of Summer’69 were now contemplating the next logical steps. From the day you graduated high schoo, you no longer had an obligation to wake up in the morning – all that new-found freedom. But for a lot of you it was the transition over to College, either going to LACC, Santa Monica (or Pico Tech as it was known) or UCLA or USC, or if you were adventuresome, heading out of town – to Berkeley or Santa Barbara or an Eastern College, if you or your parents could swing the Ivy League funds. And some of you faced the ominous presence of the Draft Board. Yes -the Summer of 1969 also meant a lot of you were turning 18 – and that meant a trip either to Westwood or the Valley to sign up for the Draft. Uncle Sam was going to want you, he just didn’t say when, and either you decided to join, amid a lot of high-pressure sales pitches, or you took advantage of putting it off for a while, as you were going to college. One thing was certain – going to Vietnam wasn’t high on your list of things to do with the rest of your teenage years.

In any case, it was a pivotal year. It also meant the 60s would be over in a few months, and it was anybody’s guess as to how 1970 was going to pan out. But we were here and time was marching on and we couldn’t stop it.

And so we turned to the comfort and support of our radios. AM was still cranking out Top-40, but FM was quickly gaining. If you or your friends had the funds, you most likely bought a VW bug – they were cheap and had interchangeable parts – but the best thing, they all came with Blaupunkt FM radios. And now that KFWB was no longer a Rock station, B. Mitchel Reed had to be someplace, so he wound up on KMET. But we were still loyal and KRLA was still either number one or number two (KHJ was the big competition then) and we kept listening, even though the music was changing and so were our tastes.

Bob Dayton was holding court and this is what he sounded like, at least for the better part of an hour, on August 14, 1969.

How most of us managed to survive it is still a mystery.