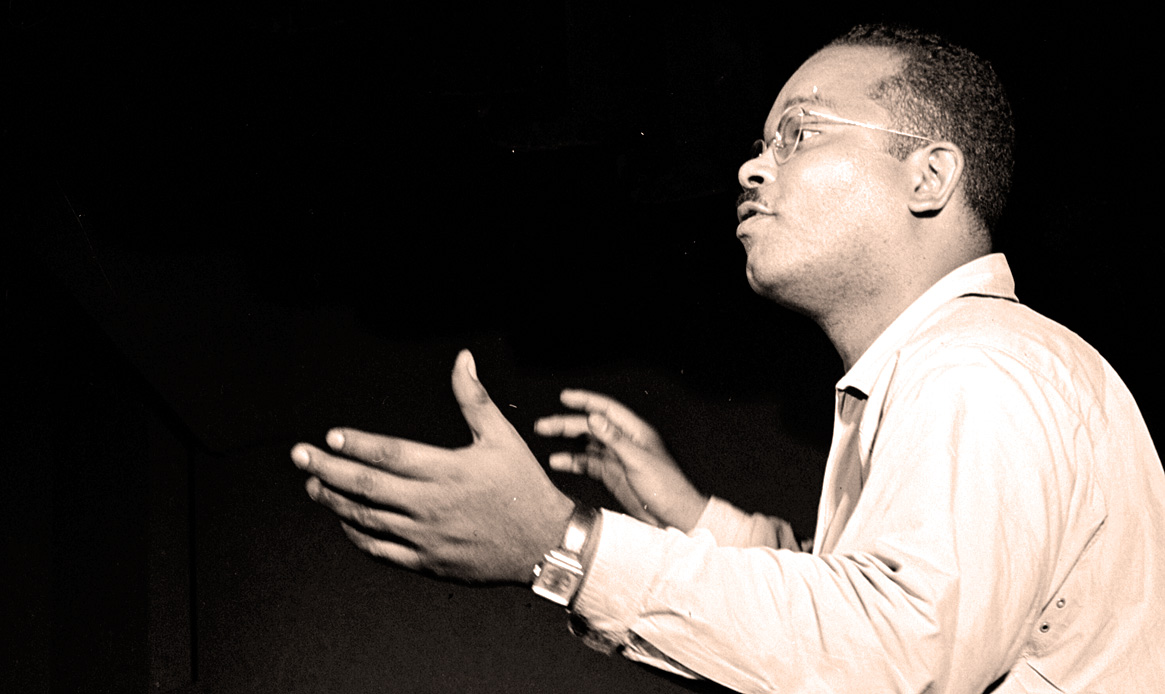 Sy Oliver - One of the first African-Americans to have a prominent role in a white band - top-notch arranger and all around multi-talent.

Sy Oliver – One of the first African-Americans to have a prominent role in a white band – top-notch arranger and all around multi-talent.

Sy Oliver was a prominent composer-arranger-sax player, beginning in the 1930s. His reputation grew when he joined up with Jimmie Lunceford‘s band in 1933. He later went on to do some of the memorable arrangements for Ella Fitzgerald.

But it was during his tenure with Tommy Dorsey that his fortunes changed considerably. Dorsey was one of the first band leaders, along with Benny Goodman to break through the color-barrier (remember; there were white Jazz musicians and Black Jazz musicians and segregation was rife during the early years of Jazz and Big Band). And it was Oliver’s work with Dorsey established him as an all-around artist/arranger of considerable talent.

This radio program, part of a weekly show done for Mutual Broadcasting in the 1940s features Sy Oliver leading a band for a program called “Endorsed by Dorsey” – it was essentially Tommy Dorsey’s program, but the premise was, Dorsey was on the road and Sy Oliver was taking over the band for him. It was Sy Oliver who made the transition from the Dorsey band being primarily a Dixieland outfit to one which came to embrace Modern Jazz

Also featured on the program were the customary Big-Band era vocalists, Buddy Moreno and Vera Holly, but also featured is the Herman Chittison Trio, with Herman Chittison, Charlton Powell and James Shirley. It was originally broadcast on March 3, 1946.

If you get past some of the syrup – the string-laden introduction and transitions to the show, the corny asides and the sweet singing, there is some great music to be had. Sy Oliver was a major talent, and his work with Frank Sinatra was considered pivotal for the singer. Herman Chittison was also notable, as a piano virtuoso of the Art Tatum school and his contributions to the show are standouts.

Running at a half-hour, there’s some good music to be had – but like I said, you have to sit through some of the more mundane material in order to get to it. But it’s worth it.