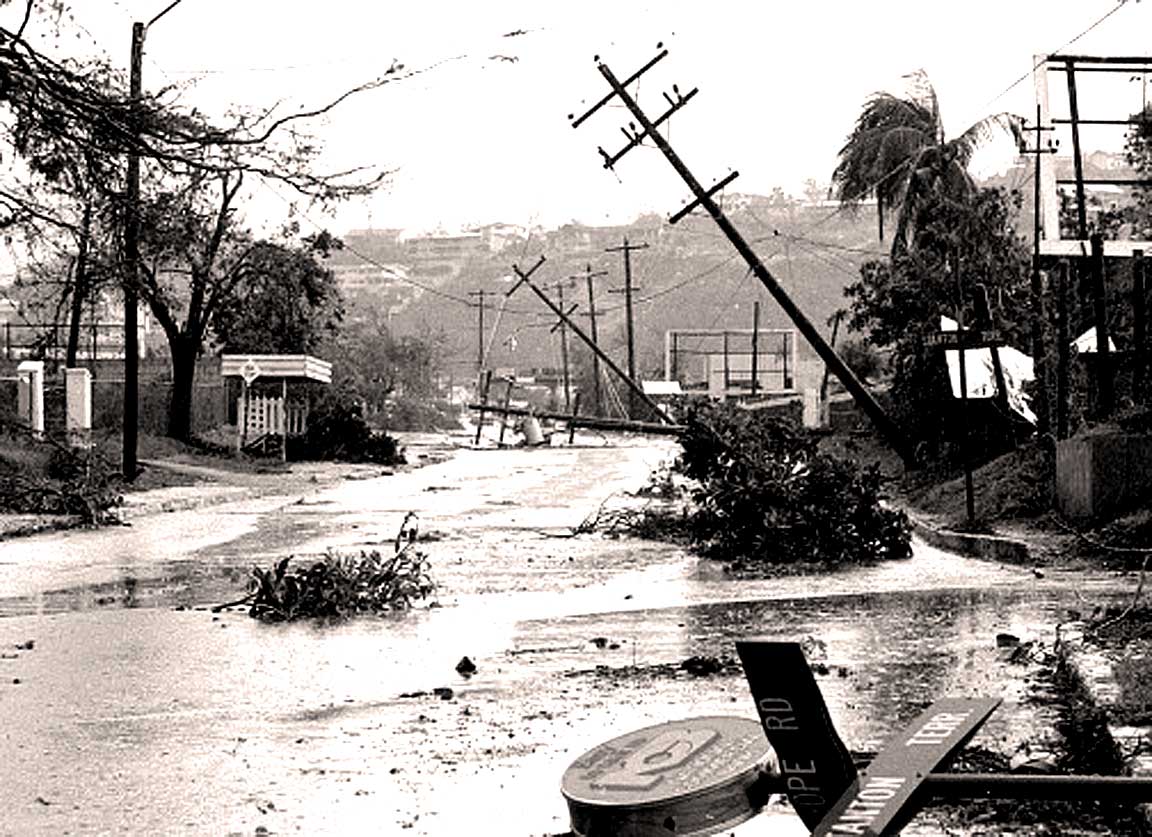 Hurricane Gilbert - while Fires raked the west coast of the U.S. -winds and rain were sweeping through Jamaica

Hurricane Gilbert – while Fires raked the west coast of the U.S. – winds and rain were sweeping through Jamaica

September 12, 1988 -depending on where you were, the news was either about fires sweeping across California or Hurricanes bearing down on Jamaica and heading for points west.

The news this day began with reports of fires raging out of control in Northern California, as fire fighters were trying to douse the blaze which, so far, had destroyed some 30 buildings, forcing thousands to evacuate. The fire, located in the area of Lake Wildwood, north of Sacramento, was being fanned by high winds and fears were being expressed that it could get worse. News was slightly more hopeful in Wyoming near Yellowstone National Park, where rain and snow helped dampen the fires there, which had blackened some 1 million acres. However, weather reports were coming in that the respite may be temporary as a rise in temperatures and lowering of humidity was expected later on.

And then there was Gilbert, racing to Jamaica, forcing residents from Montego Bay to Kingston to prepare for the worst when it hit land later on in the day. Forecasters said it was the largest storm system to hit the Caribbean in a long time. Cuba issued Hurricane warnings and fingers were crossed Gilbert would dissipate before it hit the U.S.

And then there was Campaign ’88 – the Bush-Dukakis race to the White House. Michael Dukakis was gearing up for the subject of National Defense as he hit the campaign trail this day. GOP candidate George Bush was expected to name a task force of advisers on National Security. And Fred Malek, adviser to the Bush campaign resigned his position with the RNC, sighting a report that in 1971 he complied with a request from then-President Nixon to compile a list of Jewish officials in the Bureau of Labor Statistics, whom Nixon feared had formed a cabal to try and undermine his record on the Economy. Malek put the list together after receiving four direct orders from Nixon. Malek stepped down from his position with the Bush campaign, saying he didn’t want the story to hurt George Bush.

And that’s just a small slice of what went on, this September 12, 1988, as reported by Judy Muller and the CBS Radio Hourly News.