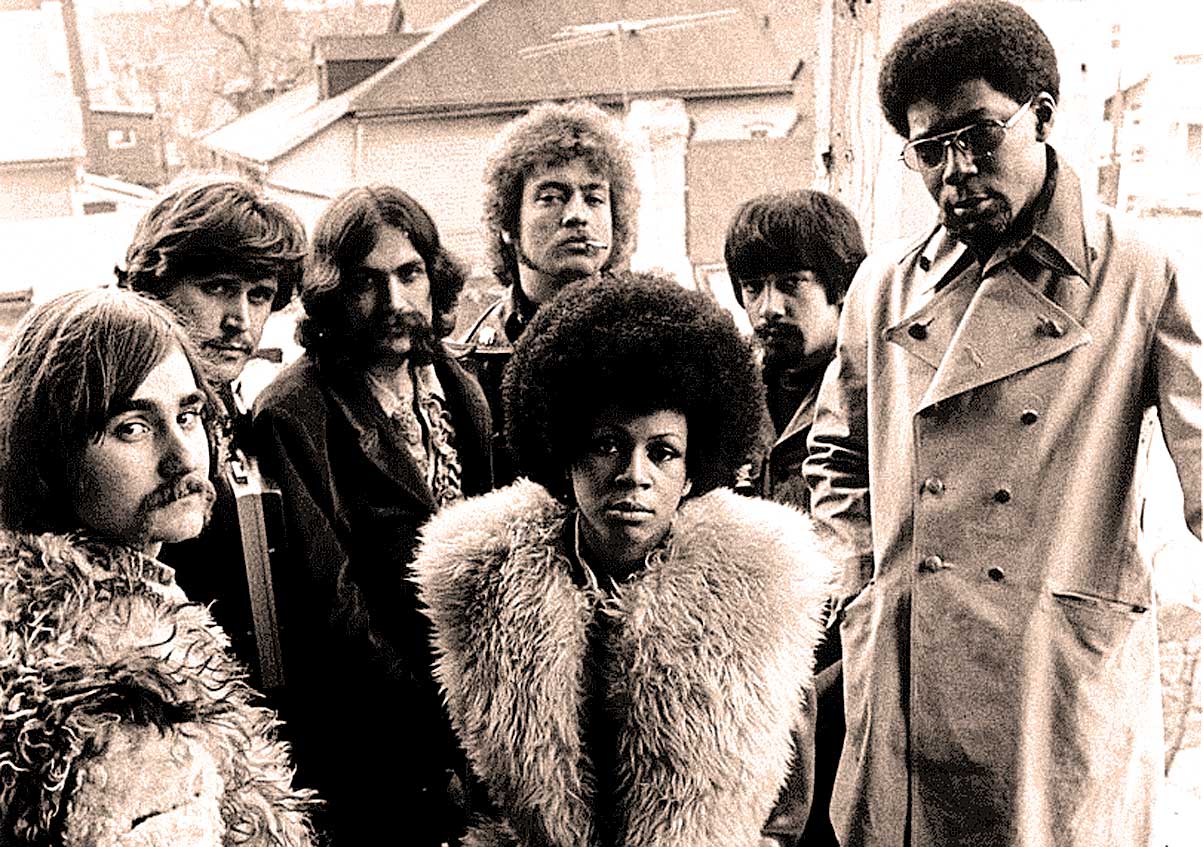 Rotary Connection seem to have been lost in the shuffle to help define the 60s these last few decades. Touted as the first Psychedelic Soul band to come out of Chicago in 1966, they initially got their start as Muddy Waters backup band for his nod to Psychedelia, the album Electric Mud.

They also boasted the other-worldly vocal talents of Minnie Riperton, whose five-octave range put a lot of singers, then and now, to shame. The band was something of an experiment conceived by Marshall Chess, son of Chess Records founder Leonard Chess who was at the helm of the start-up label Cadet Concept. The idea was to broaden the audience and to get involved in the burgeoning Psychedelia genre that was just starting to take hold in the U.S. – Chess recruited members of another band; The Proper Strangers, and added Chess Records receptionist Minnie Riperton to sing lead vocals.

The idea worked, despite objections from Soul and Blues purists, and Rotary Connection became a staple in the diet of the underground FM formats springing up around the country. And during their time together, released some six albums, to varying degrees of success. The band was together from 1966-1971 before Riperton went on to achieve international fame as a solo artist, beginning with her first album in 1970, while she was still with the band.

Riperton became a household name in the 1970s, but her untimely death in 1979 at the age of 31 was a blow to the music world, and her work as a solo artist overshadowed much important and formative work with Rotary Connection from years earlier.

Tonight it’s one of the rare concerts Rotary Connection recorded. Sadly, aside from some TV appearances which have survived, there isn’t much in the way of a live-performance record of the band during their critical period.

The Texas International Pop Festival was something of a Southern answer to Woodstock, which happened only two weeks earlier. This festival also had a roster of notables, including standout performances by Led Zeppelin and Janis Joplin. Fortunately for everyone, the festival was recorded in its entirety and copies have been floating around for years.

If you missed out on them the first time, or forgot about them over the years, here’s a reminder of what Rotary Connection were all about, and what they were up to that August 30, 1969 in Lewisville Texas to a crowd of some 150,000.