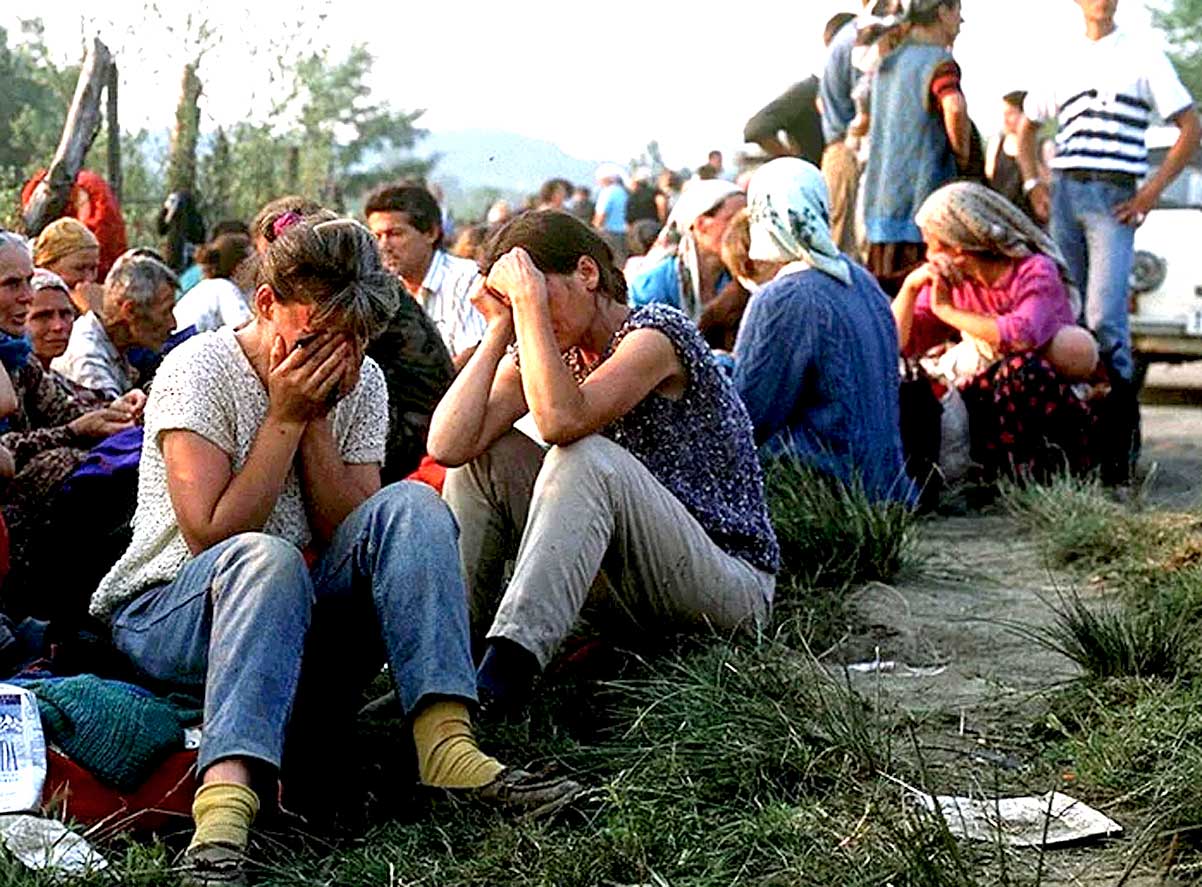 Bosnia - A 72 hour ceasefire - for refugees, a war without end.

War in Bosnia – A 72 hour ceasefire – for refugees, a war without end.

September 15, 1995 – The War in Bosnia was hopefully drawing to an end. President Clinton announced a 72-hour suspension of air operations, while a U.S. brokered partial-peace agreement was put in place. United Nations Peacekeepers were waiting for evidence that Bosnian Serb guns had been withdrawn from Sarajevo. In the meantime, Muslim and Croat forces were staging a last-minute land grab. UN Planes were flying around the areas in question, but solely as observers as all bombing had been halted. The agreement was the end-result of an around-the-clock negotiation and shuttle diplomacy by American envoy Richard Holbrooke. He called it an important step towards relieving the siege of Sarajevo, and warned the Serbs that they “better play ball”. The Bosnian government was anticipated to not be happy with the deal. It permitted the Serbs to keep 82mm mortars and 100mm Artillery pieces in the hills. Those weapons were responsible for killing a lot of people the last few years. But Holbrooke was intent on getting some peace plan in place quickly, before everything broke down. Now, all that was left was waiting, complying and verifying.

Meanwhile, the U.S. Embassy in Minsk said Americans J. Michael Wallace and Kevin Brielmann, whose racing balloon was forced down by Belarus earlier in the week, had finally been allowed to cross into Poland. Two other Americans were killed with their balloon was shot down by a Belarus helicopter gunship that same day. The U.S. government strongly protested.

And on Capitol Hill – it was looking like the Senate was inching closer to Welfare Reform after clearing several hurdles including putting money back into the budget to pay for childcare of the working poor. There were several amendments pending, but the bulk of the package was expected to be completed and approved later on in the day and passage set for the following week.

The UN Conference on Women, held in Beijing was winding down with adoption of a non-binding action plan. The plan enshrines a Womens rights as Human rights and was designed to serve as a blueprint on sexual freedom for Women around the world. But many countries expressed strong disagreement with parts of the platform, including a representative from the Vatican who claimed the platform was ambiguous enough to allow abortions and homosexuality.

And that’s a small portion of what went on in the world, this September 15, 1995 as reported by The CBS World News Roundup.