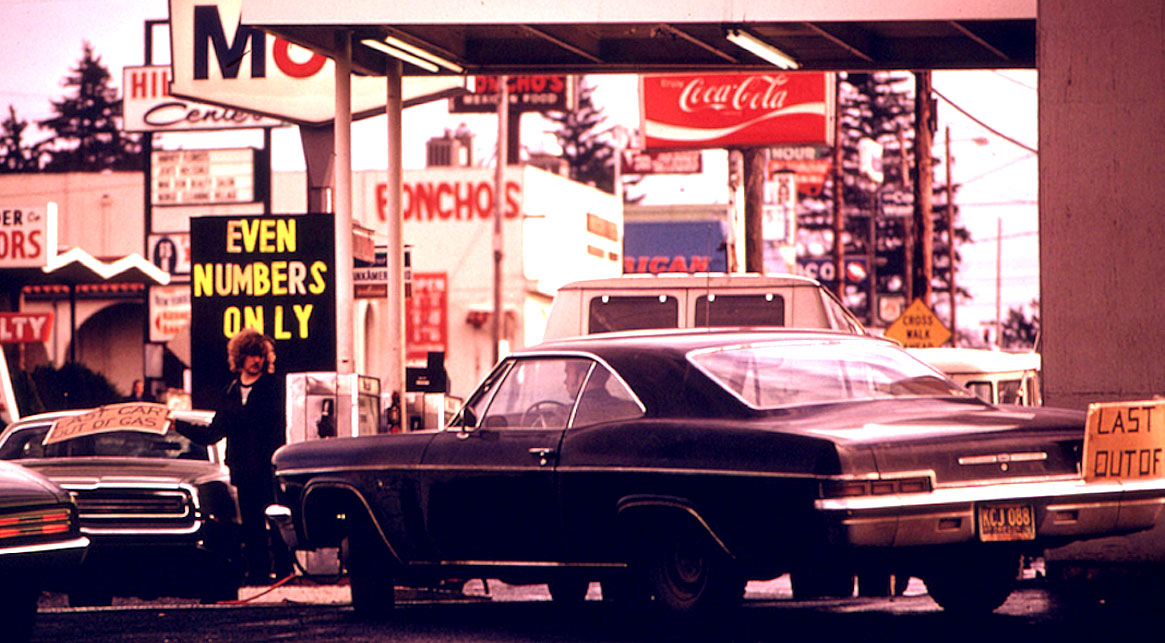 Gas Rationing in 1974 - Just the thought it would happen again brought cold sweats.

Gas Rationing in 1974 – Just the thought it would happen again brought cold sweats.

September 19, 1979 – A day which made many people nervous. On Capitol Hill, Congress was finally in a position to act on legislation giving President Carter standby authority to ration gas in the event of a fuel emergency. With memories of the catastrophe of 1974 still fresh in everyone’s minds, Congress was very cautious about granting the President power to authorize such a move unless it was a real national emergency. But many felt the emergency gas legislation was going to pass, and the White House was satisfied that this was the best it was going to get.

Meanwhile, the FAA ordered all domestic airlines operating DC-9 to inspect for cracks in the plane’s metal skin. The order resulted from an incident a few days earlier when the tail cone of an Air Canada DC-9 was ripped off en route to Nova Scotia from Boston. The plane lost cabin pressure but returned to Boston safely.

Secretary of State Cyrus Vance was holding a second day of discussions with Egyptian and Israeli officials in Washington on how the Sinai Desert will be supervised, following Israeli withdrawal. The talks had been billed as “private talks”. And as least so far as the opening round of negotiations was concerned, the adjective was accurate. No official indication of whether the U.S., Egypt or Israel had been able to break through to an acceptable solution on the composition of a peacekeeping force for the Sinai. A new controversy arose over the Israeli government’s allowing it’s citizens to buy land from Arabs in the occupied West Bank region and Gaza Strip, and it brought a blast of criticism from Cairo, calling it a direct violation of the Camp David Accords.

And that’s just a small slice of what went on in the world, this September 19, 1979, as reported on The CBS World News Roundup.